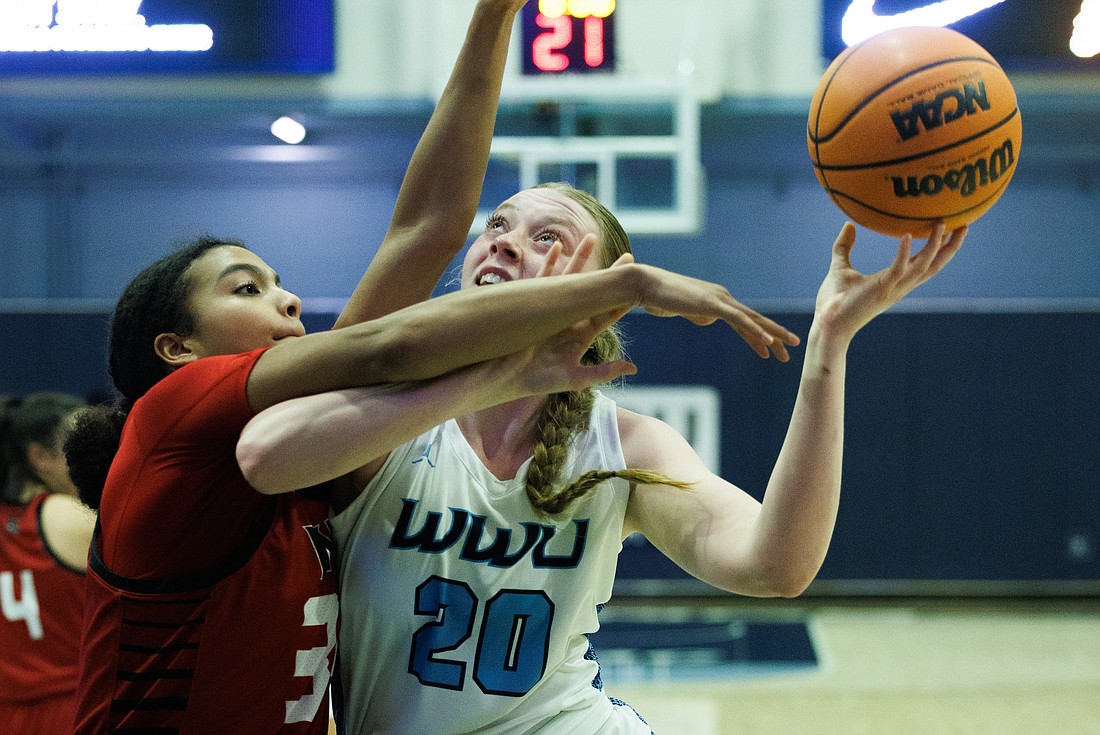 The Northwest Conference boys basketball standings experienced a shake-up over the past week.

Blaine, Lynden Christian and Sehome have all suffered their first league losses of the season, paving the way for Lynden and Anacortes to gain separation at the top.

Sehome was toppled by Mount Vernon, 76-52, on Jan. 11 in a stunning first loss for the Mariners. Senior forward Isaac Lawrence led Sehome with 15 points and senior center Grey Garrison tallied 11.

Blaine fell to Lynden 75-47 on Jan. 12 and has not played a game since. The Borderites will be back in action against Mount Baker on Monday, Jan. 16.

Nooksack Valley is hanging around after picking up two quality league wins last week. The Pioneers narrowly edged Squalicum 51-50 on Jan. 9, then bested Ferndale 61-49 on Jan. 14. 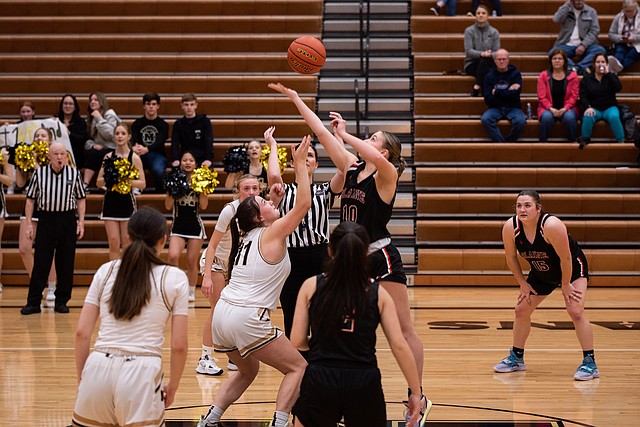 The Nooksack Valley girls are now in sole possession of first place in the Northwest Conference after knocking off Ferndale 69-45 on Jan. 14.

Lynden, Sehome and Ferndale are 8-1 in NWC games while NV is 9-0. LC is just under those top five at 7-1. The Pioneers will be tough to take down in pursuit of the league title.

Sehome has won eight straight games dating back to Dec. 15, and it pulled off two big wins over league opponents last week. The Mariners took down Mount Vernon 59-46 on Jan. 11 before hosting Sedro-Woolley on Jan. 14, emerging with a monstrous 66-25 win.

Lynden is on its own win streak, stretching back to Jan. 5. The Lions are winners of four in a row following their lone league defeat at the hands of NV on Jan. 3.

Taking advantage of the easier portion of its league schedule, Lynden beat Mount Baker 67-32 on Jan. 10 and throttled Blaine 62-21 on Jan. 12.

Ferndale had its four-game stretch of victories snapped by the loss to NV. The Golden Eagles entered the Jan. 14 game fresh off a 71-27 win over Sedro-Woolley just one night prior.

The Trojans collectively bowled a 721 in game one, setting a new program record for a single-game team pin total. It was the first-ever 700 game in school history, Meridian coach Gregg Hill said.

Blaine took the second game, but the Trojans’ 547-pin total set a new two-game record of 1268.

Tied at 1-1, the two teams entered the first of two Baker games — when multiple bowlers compete together, bowling one game.

Meridian broke school records in both Baker games, setting a new single-game Baker pin total mark (167) in the first and a two-game Baker pin total (314) in the second. In their final achievement, the Trojans set a new program record for total pins in a match with 1,582.

Lynden attended the 30-team King/Queen of the Hills tournament at Black Hills High School on Jan. 14, returning home with one first-place finish and three second-place performances.

Kaleb Oostra took second at 126 pounds for Lynden after being pinned by Shelton’s Ty Fleshman in the first-place match. Steven Hollinsworth (138 pounds) fell to Capital’s Patrick Halpin by 6-0 decision in his first-place match, and John Johnston was pinned by Bellarmine Prep’s Soren Ogden in 1:49 in the 195-pound title match.

Bellingham and Blaine each tallied two first-place finishes, while Mount Baker and Ferndale each picked up one.

Ferndale’s Malia Welch was a bright spot for the Golden Eagles, quickly pinning Sedro-Woolley’s Trinity Covert in 1:17 to finish first at 120 pounds.

Mount Baker was led by Tempest Heiner, who captured first in the 105-pound weight class following a pin of Burlington-Edison’s Lilia Ortiz in 3:17.

Western split its two games in Alaska and is now 10-7 overall and 3-4 in Great Northwest Athletic Conference contests.

The Vikings began their annual trip up north with a 79-74 win over the University of Alaska Anchorage on Jan. 12. Redshirt freshman forward BJ Kolly continued his solid stretch of games, leading Western with 14 points on 7-for-8 shooting, five rebounds and four blocks.

Western lost a heartbreaker on Jan. 14, wrapping up its road trip with a 75-73 loss to the University of Alaska Fairbanks. The Vikings led 36-35 at halftime before permanently relinquishing their advantage in the first three minutes of the second half.

Despite their recent struggles, particularly in losing four of the last five games, the Vikings should be excited about Kolly’s recent production. The 6-foot-8 forward is averaging 16.3 points, 7.8 rebounds, 2.8 blocks and 1.8 assists over his last four games. 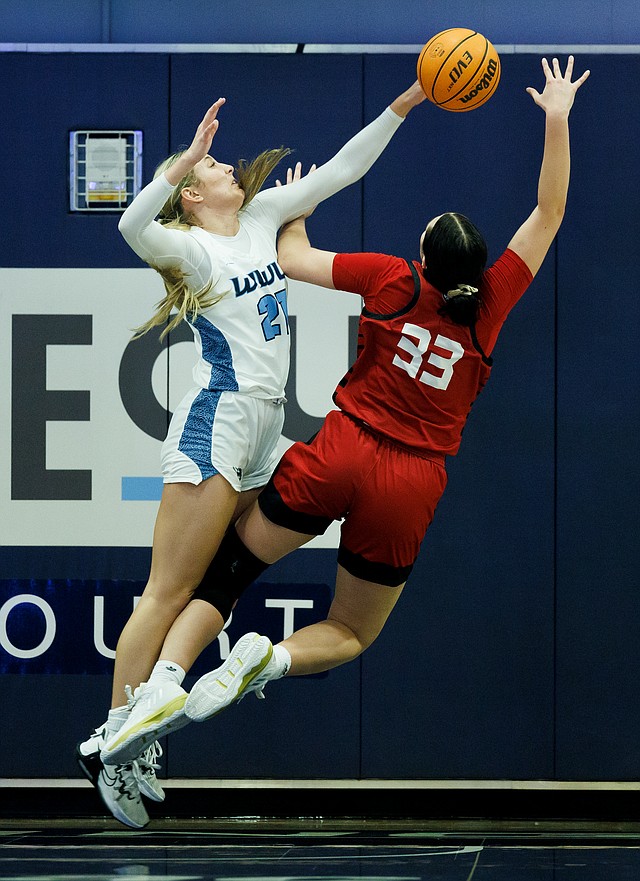 It’s now 13-straight wins for the Vikings after nabbing another pair of victories last week.

Junior forward Brooke Walling did what she’s done all year, finishing with a 14-point, 13-rebound double-double while adding five assists, four blocks and a steal. Walling now has seven double-doubles on the season.

Western attended the UW Indoor Preview on Jan. 14 at the Dempsey Indoor athletic complex on the University of Washington campus, its second meet of the indoor season.

In the women’s race, junior Marian Ledesma placed 12th out of 33 total runners with her time of 2:14.40 to stay ranked second in Western history. Sophomore Sophie Wright set a new personal record in the 8,000-meter with a time of 2:18.14, ranking eighth all-time.

Next up for the Vikings will be the UW Invitational on Jan. 27-28. Full results from the Jan. 14 meet can be found on the WWU Athletics Department website.