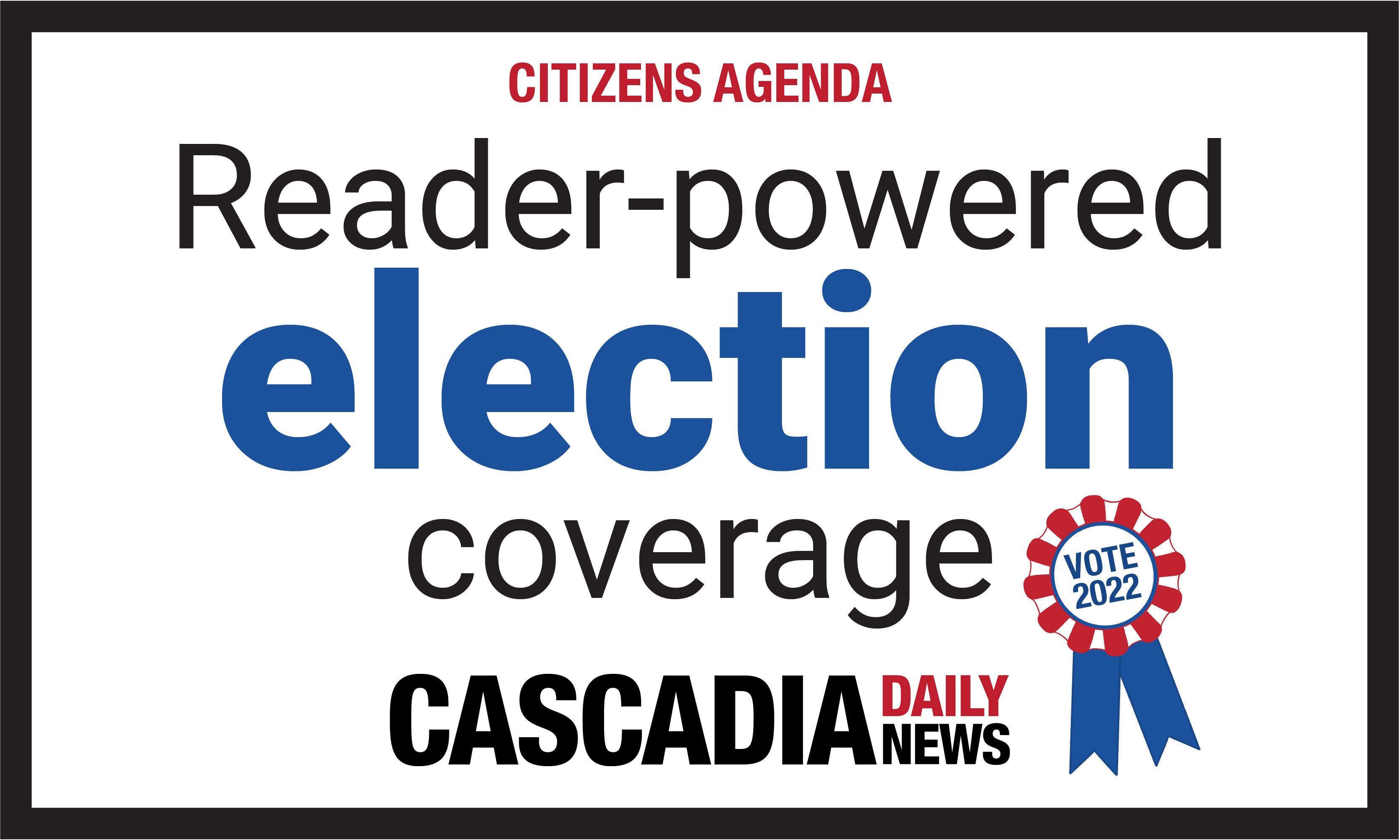 What is a “Citizens Agenda” and how does it work?


Cascadia Daily News will put election issues in the hands of readers for the important upcoming midterm election, beginning with primary season and extending through General Election day, Nov. 8. Our coverage will follow two tracks:

What do you want candidates to be talking about as they compete for votes?


The goal is to have you, the reader, establish the framework for election issues, rather than candidates relying on their own “talking points” or personal agendas. The Citizens Agenda strategy has been employed by many U.S. and Canadian media outlets over the past two decades, with favorable results; publications have consistently reported campaign coverage that’s more relatable and meaningful to readers, allowing them to make more informed election decisions by setting their own agenda for election coverage and avoiding rote candidate talking points.


CDN assembled readers’ submissions into a large list of most-requested topics and published them Aug. 17, asking readers to choose the five most important subjects. Armed with this information, CDN’s editor and reporters will put those chosen questions to candidates who participate in our endorsement process. We’ll also be asking the questions at public forums and other places to better focus the news reporting we do about the candidates.

What’s the incentive for candidates? If they don’t answer your questions, we’ll note that they declined to do so in our CDN Voter’s Guide, which will appear in October before the general election.

Watch for more information about the CDN Citizen’s Agenda on our website, in our print newspaper, and in editor Ron Judd’s column on the Opinion page as election day approaches.

Oct. 19: Candidate’s responses — or non-responses, if that’s the case — will be published in the CDN Voter Guide.


Note:
If you’re willing to be interviewed by a reporter about your election-issue choices, let us know when you send your email. We’d like to include as many public voices as possible in our election stories.

Aug. 10: It's (almost) last call for CDN Citizens Agenda: Questions for candidates due by week's end

June 29: We're all in on election scrutiny — but need your help: One big question will guide CDN's midterm coverage