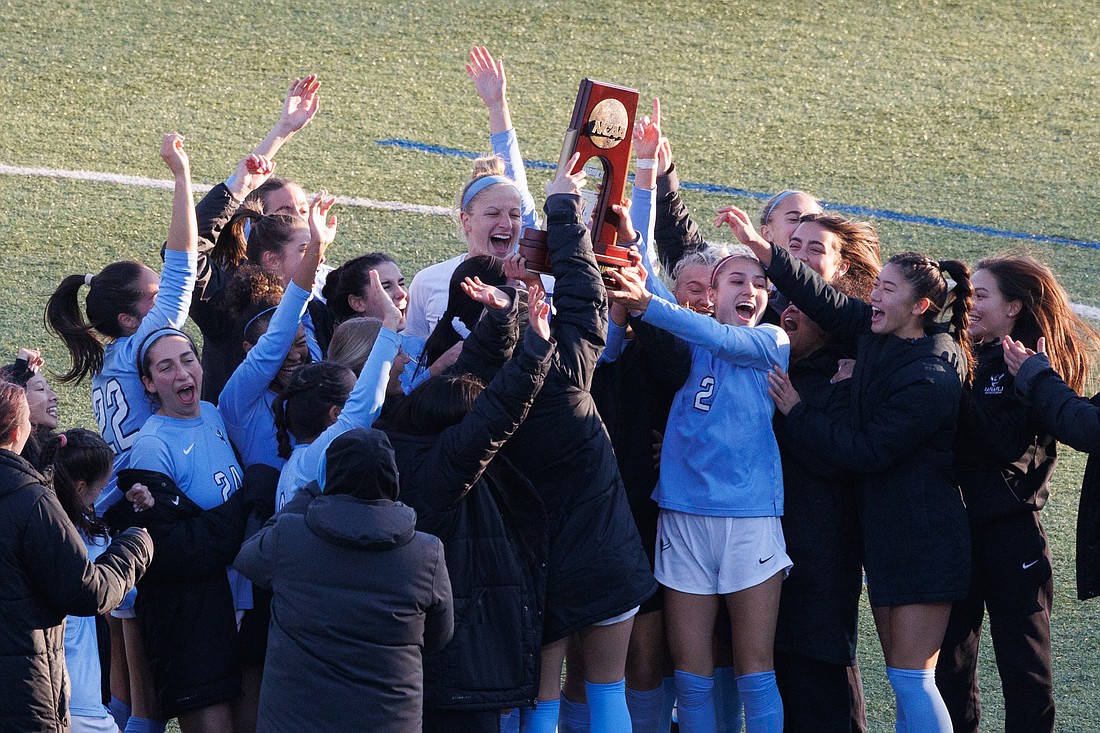 It was forward Morgan Manalili that broke the game open just four minutes into Thursday's West Regional Final between Western Washington University and Concordia University Irvine. The freshman pounced on a defensive miscue from the Concordia back line, wrestled the ball free just inside the penalty box, and snuck a shot underneath the closing goalkeeper.

The Vikings were in the driver’s seat less than five minutes into the 1-0 win at Harrington Field on Nov. 17, and that was the only score they needed. They never relinquished the lead for the next 85 minutes, and Western won its fifth West Regional title in program history. 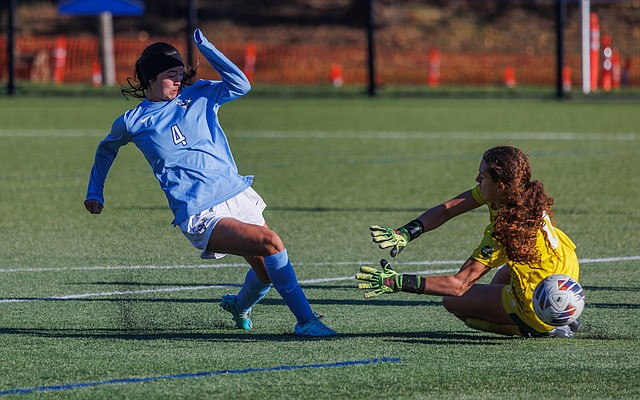 “It’s just a lot easier to play when you have that [first] goal,” said Western head coach Travis Connell. “It changes the game and it helps us be able to defend that much more effectively. And we saw it out through the 90 minutes.”

Western held possession for 52% of the match and outshot Concordia 6-2 in the first half. The Vikings' offense forced four saves by Concordia freshman goalkeeper Riley Urquiza before Western senior keeper Claire Henninger was needed for her first and only save of the match.

The Vikings' air-tight defense put up its 15th shutout of the season. Western has held its last five opponents scoreless, helping them dominate the Great Northwest Athletic Conference Championships and break through the West region of the 48-team NCAA DII women’s soccer tournament.

Senior co-captain Dayana Diaz said that stingy defense comes from an expectation of constant effort and ratcheting up the intensity as the game progresses.

“Effort and heart and a lot of passion,” Diaz said of what she expects from her team. As she spoke, she began mimicking a plane taking off a tarmac with her hands. “We try to focus a lot on, you know, keeping up an ongoing effort throughout the whole game and not letting up.” 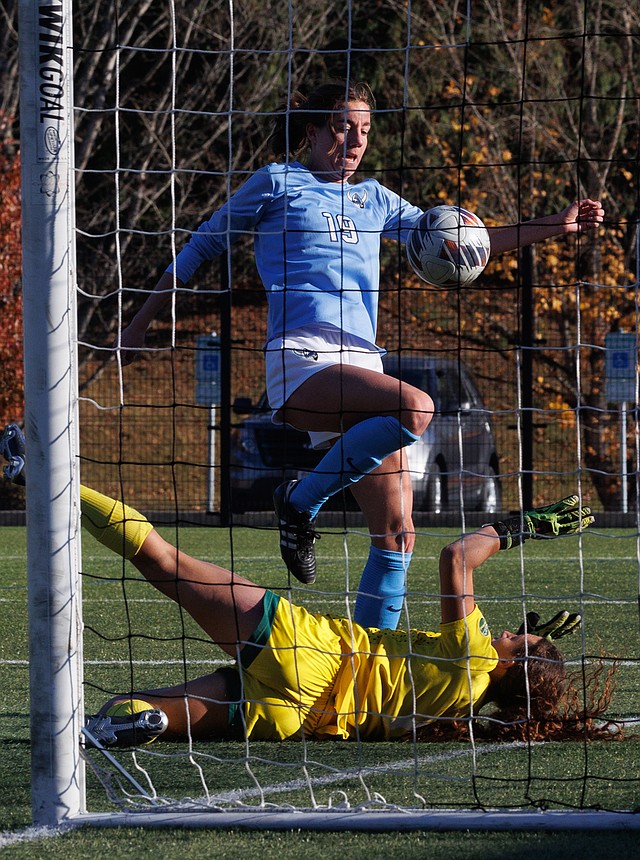 Stepping over the goalie and into the net, Western Washington University’s Tera Ziemer uses her stomach to bump the ball into the goal. The goal was nullified. (Andy Bronson/Cascadia Daily News)

Thursday’s West Regional Final was a rematch from the second game of the regular season, a 1-1 draw on Aug. 30 that also saw WWU score the opening goal in the fourth minute. In that game, WWU couldn’t hold on and allowed a second-half equalizer, tying a Concordia team that finished the season 14-5-2.

Now, Connell said, an improved and matured Western team took the field in Thursday’s tournament match and didn’t ease up after going ahead early.

“The beginning of the season is really a learning time,” Connell said of the first meeting between Western and Concordia. “[Today] both teams were much more complicated in the way they attacked and much more efficient in the way they defended, so the game was really tight. Both teams had developed a lot and the difference is we were able to hold on this time. We were able to hold on and probably finish the game a little better than we did the first time.” 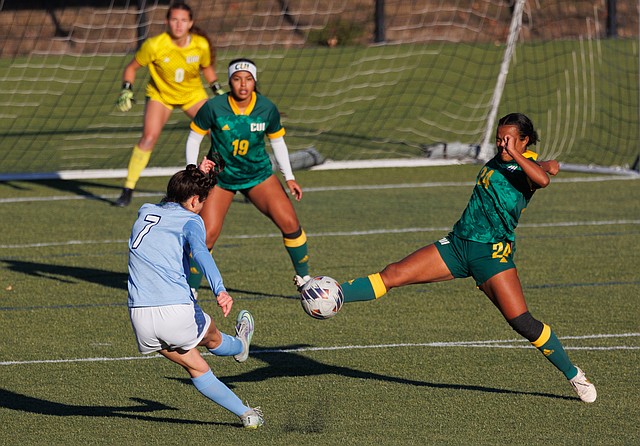 Western Washington University's Dayana Diaz has her shot at the goal blocked by Concordia University Irvine's Layla Comeaux in the second half. (Andy Bronson/Cascadia Daily News)

Western will now face the Colorado School of Mines in what would be a rematch had a Sept. 11 game not been canceled due to unhealthy air quality from wildfire smoke.

The 16-2-4 Vikings will host the 18-1-3 Orediggers at Harrington Field on Saturday, Nov. 19, at 1:00 p.m. in the national quarterfinals. The winner will go on to the Final Four and have a chance to advance to the NCAA DII National Championship, an honor the Vikings have been seeking since its 2016 Championship team.