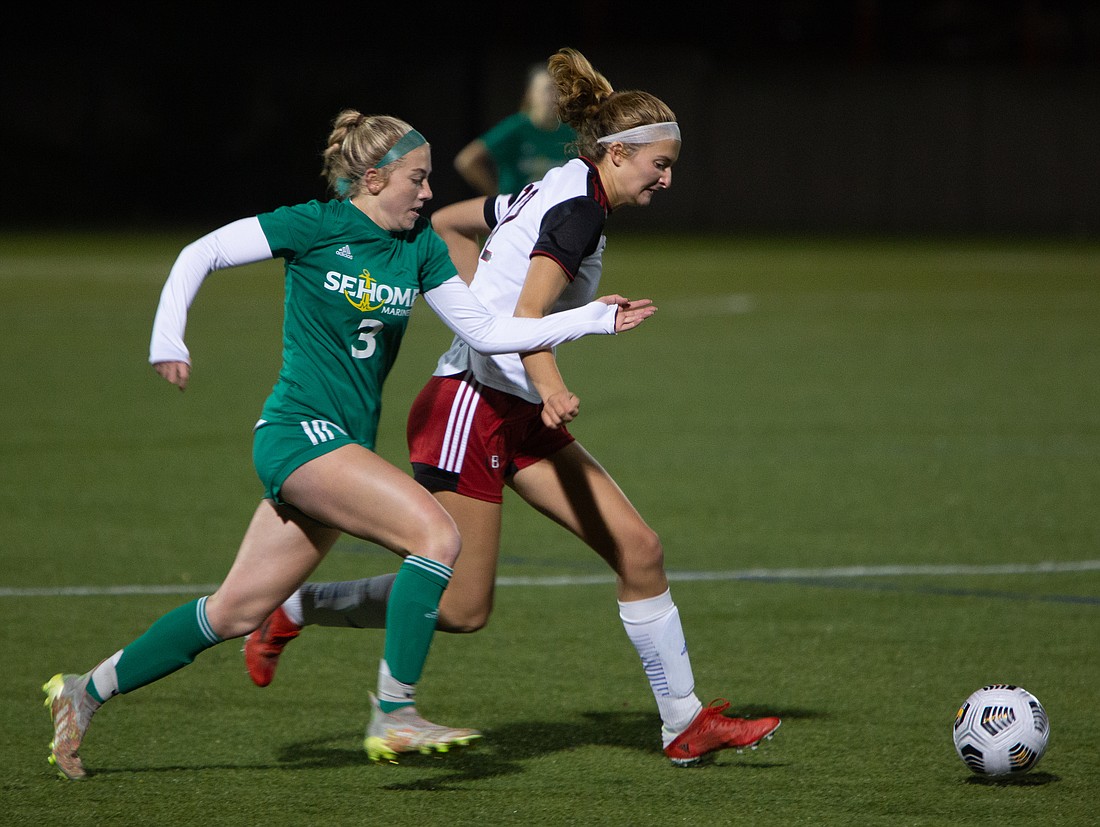 Lynden Christian, which entered the 1A District 1 tournament on a 10-game win streak, won the district championship 3-0 over Meridian on Nov. 1. The Lyncs went on to beat King’s 3-0 in the 1A District 1-2 crossover and are now the No. 3 seed in the 1A state tournament. They will face No. 14 Vashon Island at 6 p.m. on Nov. 9 at Blaine High School in the opening round.

Meridian defeated Blaine 2-1 in the consolation final to advance to the crossover. The Trojans lost 2-1 to Bear Creek on Nov. 5, which ended their season. Meridian finished 6-10-3 overall and 2-4-2 in the Northwest Conference. 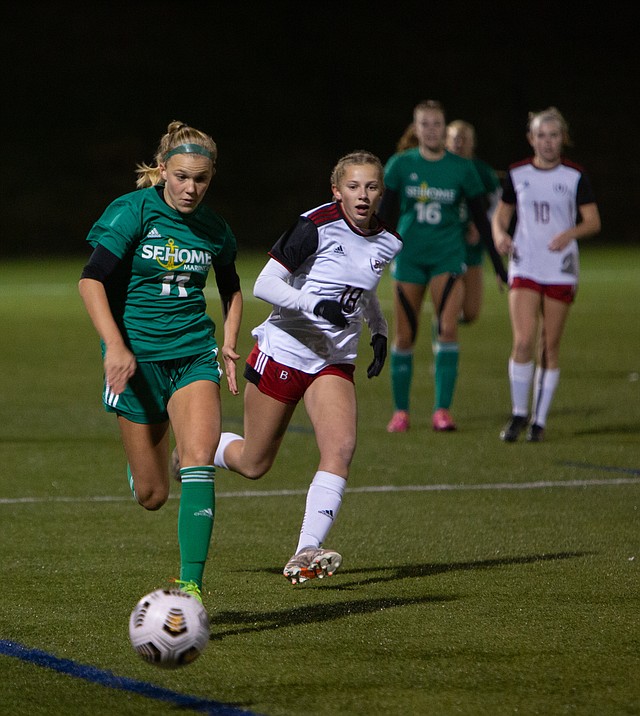 No. 6 Bellingham upset No. 2 Sehome 2-1 in the second round of the 2A state tournament on Nov. 1, dropping the Mariners into the consolation bracket. The Bayhawks went on to lose to Lynden via penalty kicks in the district championship but received the No. 11 seed in the 2A state tournament. Bellingham will travel to No. 6 Columbia River to open up state play at 5 p.m. on Nov. 9.

Sehome bounced back on Nov. 3 to beat No. 4 Burlington-Edison, before going on to defeat top-seeded Archbishop Murphy 2-1 on Nov. 5. The Mariners received the No. 4 seed in the 2A state tournament and will host No. 13 North Kitsap at 6 p.m. on Nov. 9 at Civic Stadium.

The 2A and 3A District 1 meets began on Nov. 4, with finals the following day, and Whatcom County swimmers qualified for state meets in 10 different events.

At the 2A meet, Sehome finished second behind Anacortes with a team score of 184. Bellingham (177), Squalicum (149) and Lynden (92) took third, fourth and sixth, respectively.

Blaine and Meridian swam alongside Ferndale’s 3A team all season as a co-op but competed separately in the 2A district meet. The Borderites finished eighth as a team with just four swimmers and the Trojans took 11th with one.

Aviva Weinstein and Madeline Fredette each qualified in the 1-meter dive, as Palmer will head to state in the 100-yard freestyle following a third-place district finish.

Getz finished seventh in the 200-yard individual medley and will head to state in that event, along with the 500-yard freestyle following an eighth-place finish. Laura Webb took fourth in the 1-meter dive to qualify. Kateryna Isakova finished fifth at districts in the 100-yard freestyle to advance to state. 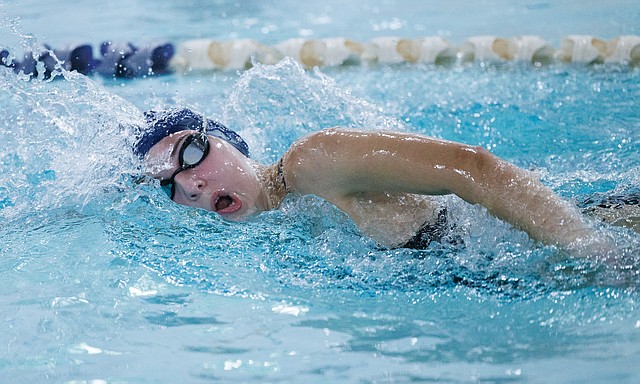 Balogh finished second in the 50-yard freestyle, while Millican finished third. Millican will compete in the 100-yard freestyle event at state as Balogh, Kenna Andersen and Chantel Obbink qualified in the 1-meter dive.

Blaine is sending Hailey Ferrell to state after she won the district championship in both the 50- and 500-yard freestyle events.

The swim and dive state championships will be held at the King County Aquatic Center from Nov. 11-12 at 8:30 a.m.

Multiple teams played their last games of the regular season this past week, mostly as a last hurrah for the seniors.

Meridian defeated South Whidbey 22-8 on Nov. 3, closing out its season on a two-game win streak. The Trojans, who finished their season 6-4 overall and 1-3 in NWC games, are graduating just five seniors following the season.

Blaine lost to Cedar Park Christian 33-15 on Nov. 4, closing out its season to finish 1-9 overall and 0-4 in NWC games. The Borderites were also a young team as they have four graduating seniors.

Sehome beat Cascade (Everett) 48-28 on Nov. 4, capping off a strong season where the Mariners were severely hindered by an early-season forfeit. They finish 7-3 overall and 4-3 in NWC games.

Bellingham lost to Sultan 28-6 on Nov. 4. The Bayhawks remain independent from the NWC and finish their season 3-7 overall.

Freshman midfielder and GNAC Freshman of the Year Morgan Manalili scored the match’s lone goal in the 78th minute via an assist from senior midfielder Tera Ziemer.

It was the Vikings’ 10th-straight appearance in the GNAC championship since its inception in 2012, winning six of them. Their last victory was in 2019 via a 2-1 win over Seattle Pacific.

Western received the No. 2 seed in the upcoming West Regional tournament out of six teams. The Vikings will have a bye in the first round and will play the winner of No. 3 Point Loma and No. 6 Sonoma State on Nov. 12.

Western cross country captured both team titles at the GNAC championships on Nov. 5 at the Ash Creek Preserve in Monmouth, Oregon. It’s just the second time in program history the Vikings have swept the team championships.

Next up for the Vikings is a trip to the NCAA DII West Regionals at Amend Park in Billings, Montana.