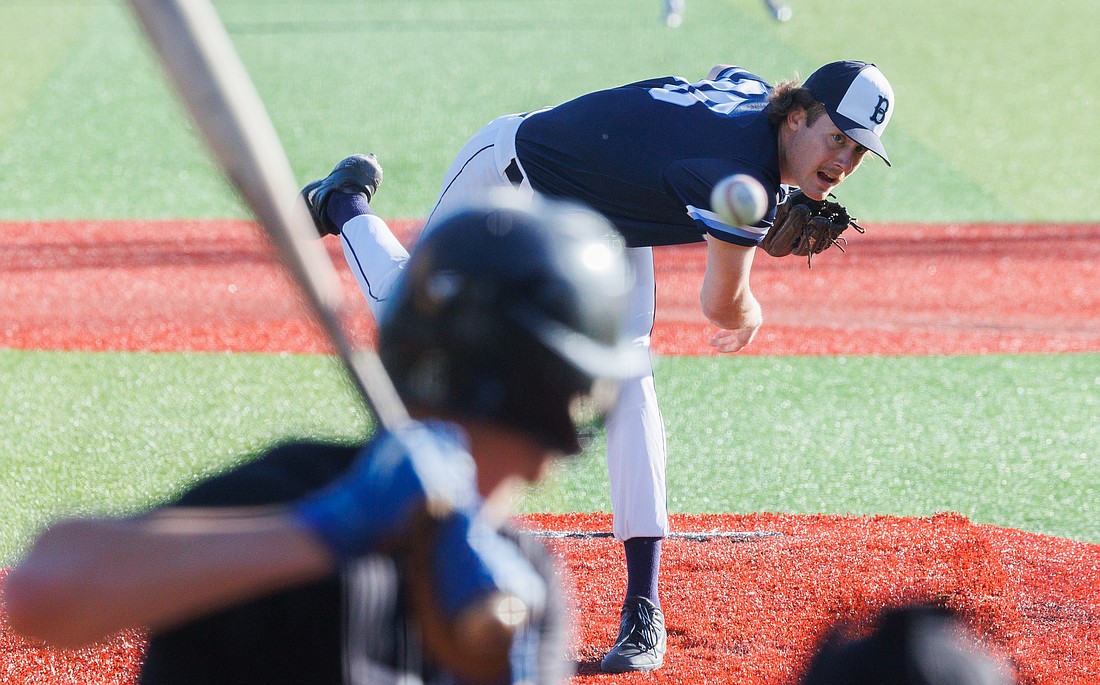 Trevin Hope throws a pitch in the early innings of the Bellingham Bells game against the Northwest Star Nighthawks on June 8. (Andy Bronson/Cascadia Daily News)
By CDN Staff

Second-year Bellingham Bells pitcher Trevin Hope was named the 2022 West Coast League Pitcher of the Year, announced by the league on Wednesday.

Hope, a 2018 Lynden grad, sliced through batters this season, registering a league-best 2.24 ERA with a 4-1 record in nine outings. For comparison, the next lowest ERA in the league was Kamloops’ Sean Heppner’s 2.64.

The 6-foot-5 Hope is a sophomore at Lewis-Clark State College and helped the Bells reach the WCL championship game, a 5-0 loss to Corvallis on Monday.

A workhorse on the mound, the righty mowed down a league-high 48 batters while walking just six in 52 1/3 innings. He had two playoff appearances, tossing seven innings with two earned runs on one walk.

“Trevin embodies what it means to be a Bell, and we are thrilled for him to be recognized for all his hard work and effort during this summer,” Bells interim head coach Haydan Hastings said. “His impact on his teammates, the staff and our community was felt daily. Watching him pitch this year was a joy. There’s no one more deserving of this award.”

Hope was also named the 2022 Bell of the Year, a team character award given to a player who embodies the team’s core values of community, excellence and development, according to a Bells’ press release.

“We are so proud of Trevin for the way he has represented our team all summer long,” Bells GM Stephanie Morrell said. “This league honor is truly the cherry on top for what has been a fantastic season for him, and it is very well deserved. Trevin has been an amazing Bell and has represented his hometown with pride. He’s obviously very talented and we can’t wait to see where his career takes him.”