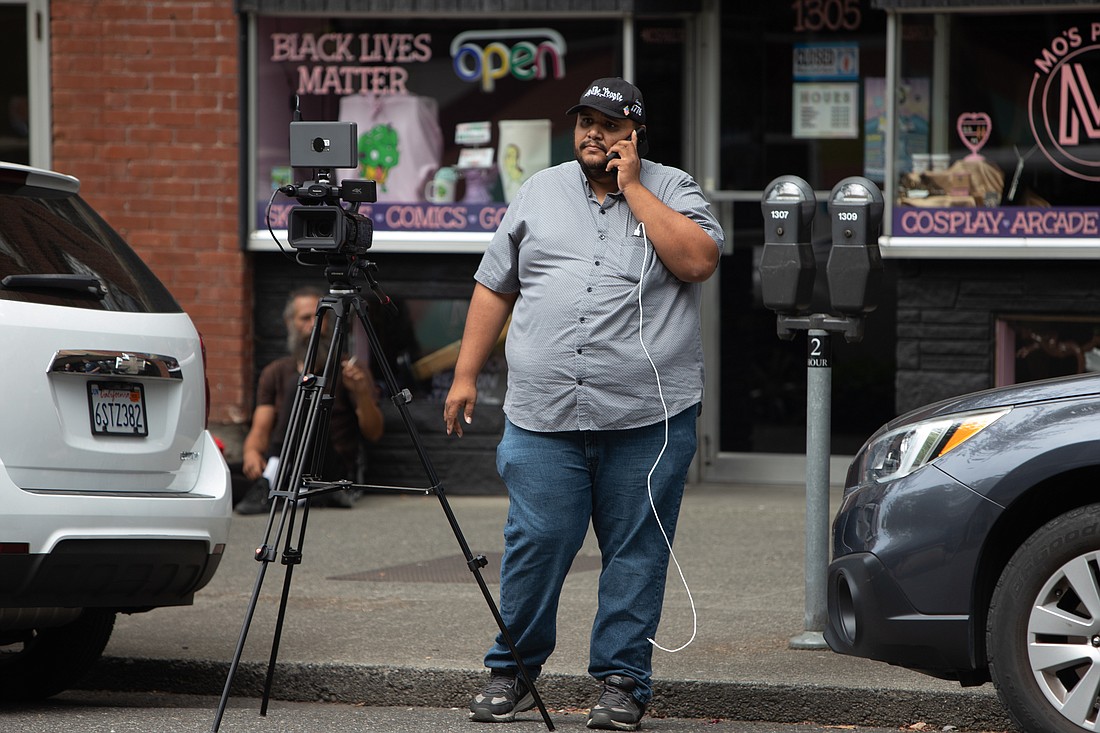 Joe Felix, a self-described "independent journalist," made the 17-hour drive from Bakersfield, Calif., to attend the protest at WinkWink on Aug. 10. (Hailey Hoffman/Cascadia Daily News)
By JULIA LERNER
Staff Reporter

“Uncringe Academy” are WinkWink’s youth-oriented sex education classes designed to explore concepts like consent, gender identity, puberty and sexuality. Classes are broken up by ages, with 9- to 12-year-olds in one class and 13- to 17-year-olds in another. Far-right media figures shared misinformation about the classes, WinkWink and shop owner Jenn Mason, prompting significant harassment throughout the summer.

The harassment came to a head on Sunday morning, when five individuals were filmed throwing rocks through the shop windows. Since then, the store has been closed, with no definitive date for reopening. 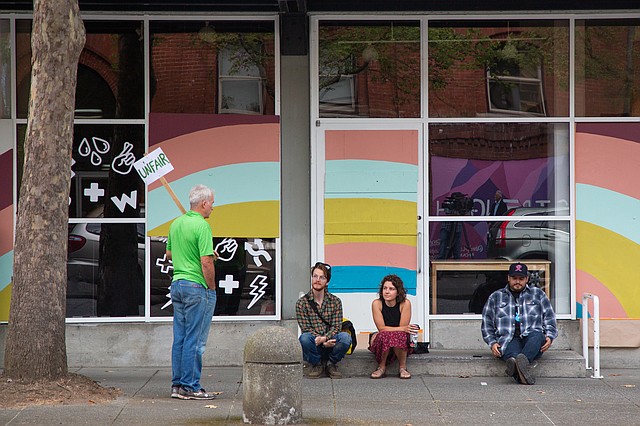 Baker Lanes, left, arrived the morning of Aug. 10 to protest "Uncringe Academy" classes at WinkWink, where he discussed his concerns with counterprotesters (seated). Lanes said he came to "stand up for the kids," and was upset that Mason serves on the local school board while also owning a sex shop, though the Bellingham School District says all board members are elected by voters, and there is no connection between Mason's store and her work for the school district. (Hailey Hoffman/Cascadia Daily News)

On Wednesday, about 10 people from across the region arrived to oppose “Uncringe Academy.” One participant, a self-described “independent journalist” named Joe Felix, livestreamed the event after driving 17 hours from Bakersfield, California. The rest of the gaggle — a couple of older men and women — came from cities around Washington to protest across the street from the boarded-up shop.

“We’re not organizing any kind of counter-protest or giving them our attention,” Mason posted on WinkWink’s Instagram story Tuesday night. “We are still doing our sex-ed classes this week … We’re doing them in a confidential location, so that is not stopping because of these bullies.” 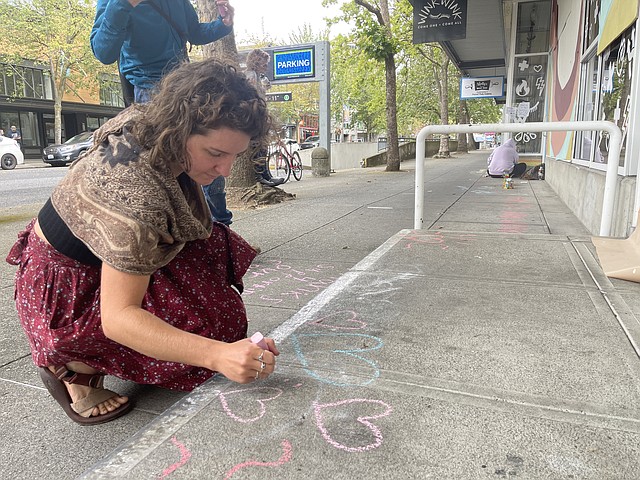 Employees at Mo’s Parlor, a Black-owned boutique across the street, were concerned with the protesters' presence, several of which flashed white supremacy symbols throughout the protest.

“The [vandalism on Sunday] had us all a bit worked up,” Mo’s Parlor employee Cinaed Boyd said. “It was pretty evident that this attack was political in nature … We were concerned that, if political attacks are happening on this block, we could be targeted as well.”

Boyd said the businesses along Commercial Street, like Mo’s and WinkWink, try to look out and support each other, and they worry vandals won’t stop with just WinkWink.

“We’re Black-owned, and we’re a queer-friendly space,” Boyd said. “We’re also friends with WinkWink, and we support them. But I am absolutely concerned that [protesters] are going to come back.”

The Bellingham Police Department (BPD) is still investigating the vandalism at WinkWink.

“The people who broke our windows haven’t been caught yet,” Mason shared in an Instagram story Tuesday. “We’re hopeful that the police will have an update for us soon.”

BPD’s Investigations Lt. Chad Cristelli said the department has applied for a warrant to serve a business they hope will have additional security and video footage available, and are working to identify a suspect vehicle.

Police released additional images of the culprits Wednesday morning. If identified, the five individuals could face charges for first-degree malicious mischief, a Class B felony in Washington, which can result in up to 10 years in prison and/or a fine of up to $20,000. 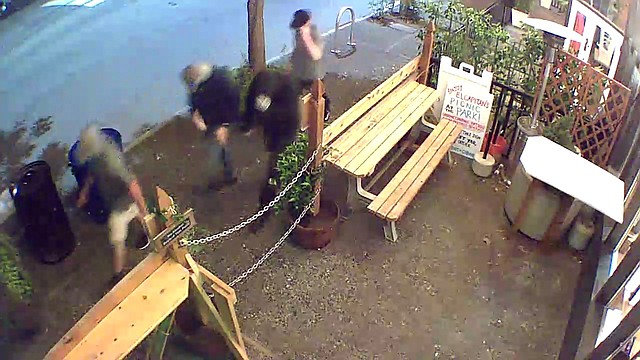