Memo to WWU: It's past time to correct the record on Charles Fisher

A call for university trustees to right a grievous historical wrong 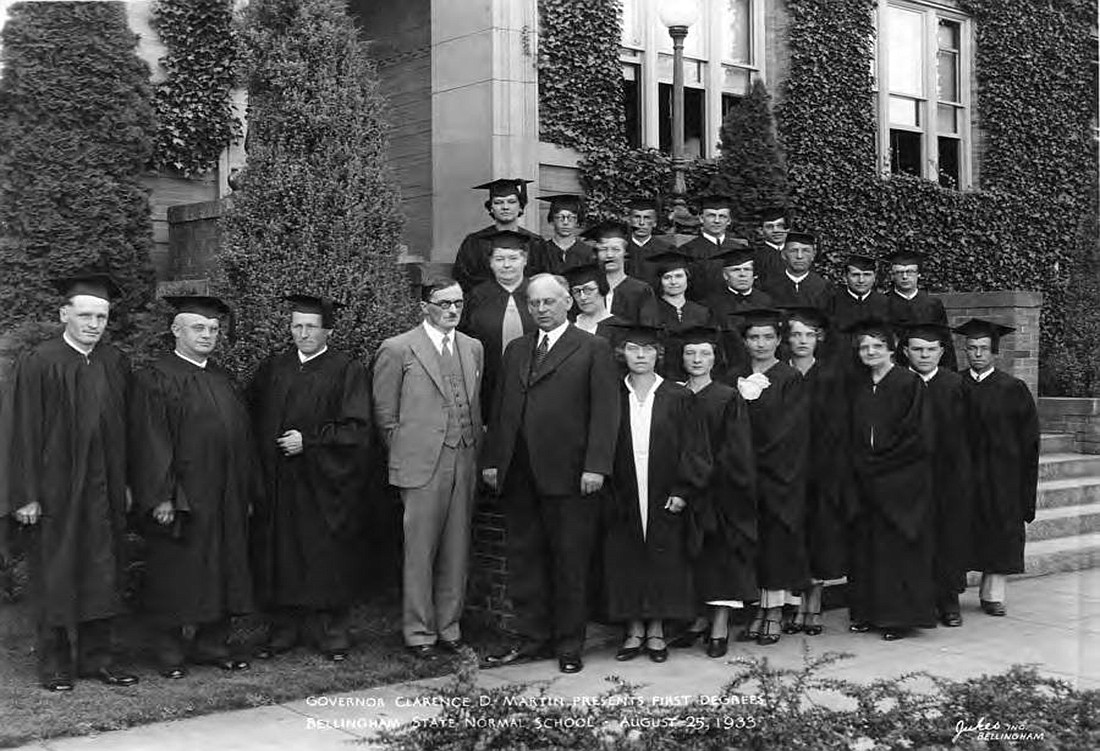 Western President Charles Fisher, center right, together with Gov. Clarence Martin, center left, with the graduating class of 1933 in front of the campus building now known as Old Main. In an action that would taint Fisher's reputation for life, Martin, a conservative Democrat, would later pressure the college Board of Trustees to force Fisher from office. (Photo courtesy of Special Collections, Wilson Library, WWU)

One hundred years ago this summer, educator Charles Henry Fisher, 42, arrived in Bellingham from Pennsylvania armed with an idealistic, humanitarian and arguably patriot task: to mold and shape a humble teacher’s school into a beacon for broadening the skills of America’s primary school teachers.

Within a dozen years, against great odds that included the throes of the Great Depression, the college's fourth president had largely succeeded, putting Bellingham and Western Washington on the national educational map, punching well above its weight, well before its time. Fisher’s program of enhanced education for teachers became an improbable national model — a fact long ago lost to history. 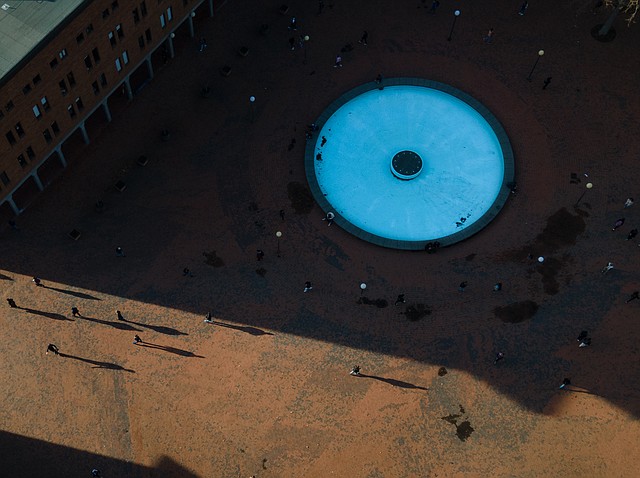 Fisher Fountain sits empty at Western Washington University on Jan. 10. Built after a fundraising campaign by friends and colleagues, it was named after Charles Henry Fisher, who headed the transformation of a small teacher's college, Whatcom Normal School, to a prominent educational institution. (Hailey Hoffman/Cascadia Daily News)

It also set the path for little Whatcom Normal, a Bellingham institution since 1899, to grow into Western Washington University, today considered a worthy, public liberal arts institution for a student population with a reputation for fixing problems and righting societal wrongs.

Fisher’s reward: an unwarranted, undeserved, unexplained firing by a trio of establishment men who then constituted the local college’s Board of Trustees. Fisher in the summer of 1939 was shown the door by the college after a yearslong shadowy campaign by right-wing local Bellingham residents and their usual-suspect associations, organized and fueled by Frank Sefrit, the general manager and editor of the local daily newspaper, The Bellingham Herald.

Sefrit accused Fisher — a moderate, New Deal liberal by standards of his day — of being a rank-and-file communist, literally bent on turning America into a socialist nation by injecting a “virus” of collectivism into the minds of impressionable young teachers. His campaign, documented in an exhaustive historical review published in 2016, a bound copy of which sits in Western's library, was part of a previously little-understood series of radical political outbursts between the 1920s and 1950s — the two periods most often associated with Red Scare attacks by U.S. historians. 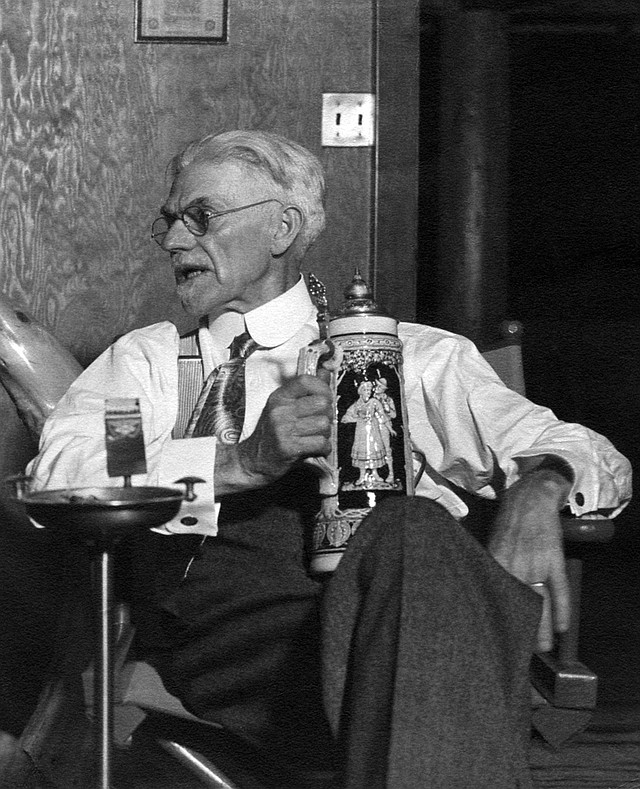 Joining in this attack was a rump committee of local right-wing-leaning, shadow-dwelling, “pro-America” activists, among them a local minister, some prominent business people (including, the study revealed, philanthropist businesswoman Frances Payne Larrabee, and Solomon Blanton Luther, a man who boasted of being a grand dragon of the local Ku Klux Klan.)

As the sole researcher and author of that study, please trust me on this: Fisher was a tennis player, a family man and reputedly a pretty good first baseman. But he was not a communist, or anything like one.

Yet due largely to the dark, unceasing hatred of a single man, Sefrit, who characteristically used political connections to force conservative Gov. Charles Martin to coerce local board members to oust him, Fisher’s life work was destroyed, his reputation permanently smeared.

Blackballed from the education community he had loved to serve, Fisher died in 1965 at 84, a lonely, and in some respects, bitter man. Letters to his children show how firmly he believed his accomplishments at what is now WWU were forever diminished by his unjust firing.

He was largely correct: Remarkably, the historical status of this foundational figure has remained muddled for most of a century — due largely, I argue here, to the failure of the college he loved to correct the historical record of his demise. 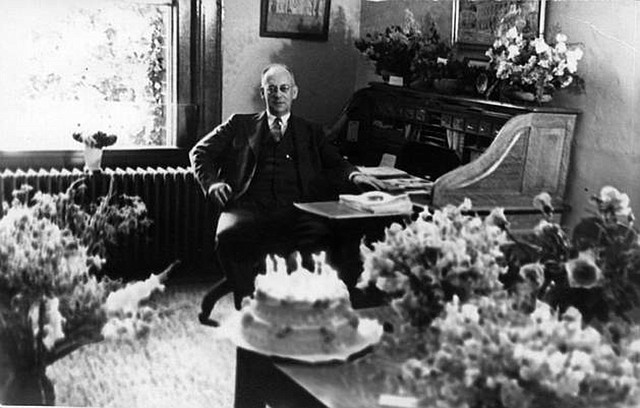 Charles Fisher, in his office in Old Main, on the occasion of his 15th anniversary as college president in 1938. (Photo courtesy of Special Collections, Wilson Library, WWU)

The long-overdue healing of the reputation of this patriotic American, smeared by dark forces who shuddered at the very thought of progressive education, inclusion and equal opportunity, needs to start where it ended: on Western’s campus — by succeeding members of the Board of Trustees.

I admit a personal bias here — one that has kept me from penning these thoughts publicly for many years. Deep study of the Fisher case pushed every button of justice I possess. As a Western graduate, it lingers as a century-old stain on the reputation of my alma mater, from which I expect more.

As a practicing historian, it has burnished my understanding that darker forces of American history have always existed in our midst, highlighting a need for eternal vigilance that should be apparent in the politics of today, which offer a haunting reflection of this period.

And as a practicing journalist, the tactics of Sefrit — a proven liar, scoundrel, bully and even apparent boastful wiretapper who used his status as a newspaper editor as a cudgel to directly control local politics for decades — offends me to the core. The man is his own chapter in a textbook about journalistic ethics malpractice. The fact that his death in 1950 prompted the renaming of a North Cascades Peak near Mount Baker in his honor at the urging of cronies at the local Chamber of Commerce serves as a grating, lingering reminder of this injustice.

This informed bias comes to a sharp point: An educational institution allowing such a heinous stain on its own record lacks the sufficient moral authority to impart restorative justice, which our local university of late has happily taken on as part of its mission. Western has undergone a spate of historical reexaminations that have led to apologies, changes of course, and even renamings of buildings and programs considered inappropriate by modern standards.

Why, then, has it ignored its original educational sin: the career assassination of Charles H. Fisher? 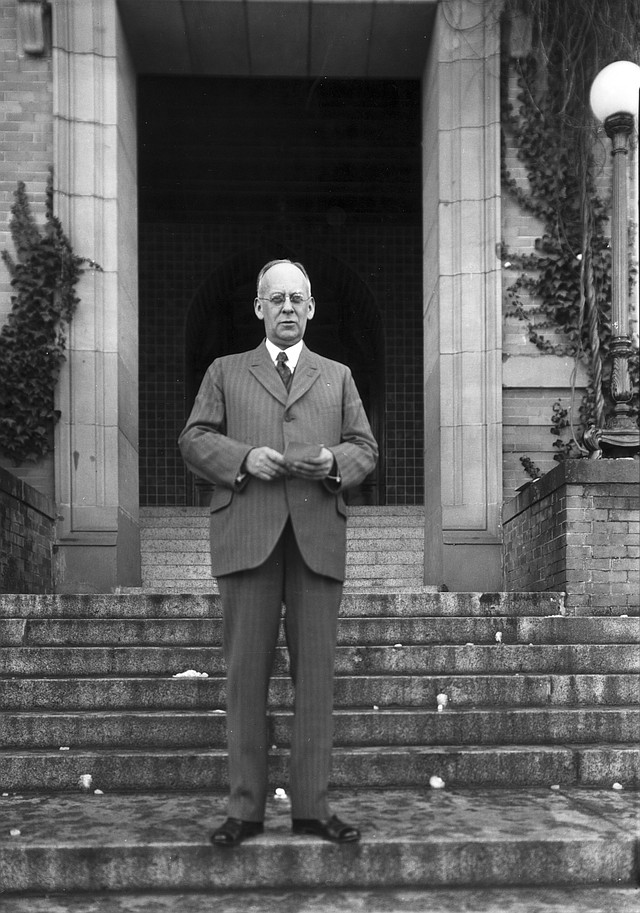 The actions of the then-college were not simply passive: The trustees, after caving to political pressure to violate the very tenets of academic freedom, literally cooked their own books, altering minutes of an Oct. 11, 1938 board meeting. The college struck the event from its own history. It has not been restored.

Many people know and will never forget. Fisher’s descendants, many of whom have served careers as public school teachers, remember and care deeply about the family legacy.

At the dawn of 2023, this editor, sitting in a newspaper office on State Street in Bellingham, calls upon Western Washington University to honor the century-old work of one of its foundational figures by owning its own role in the smearing of Fisher's legacy by another editor sitting on State Street, two blocks to the south, decades prior. It is long past time to shatter the convenience of murky mystery, embrace the light and honor a leader whose reputation was sullied by petty hatred and bigotry.

It’s not complicated: The current Board of Trustees, currently headed by John M. Meyer, a retired judge from Langley, simply needs to adopt a resolution owning up to its shameful mistreatment of Fisher, accepting responsibility for his improper firing and the smearing of his legacy via decades of what appears to be willful obfuscation. 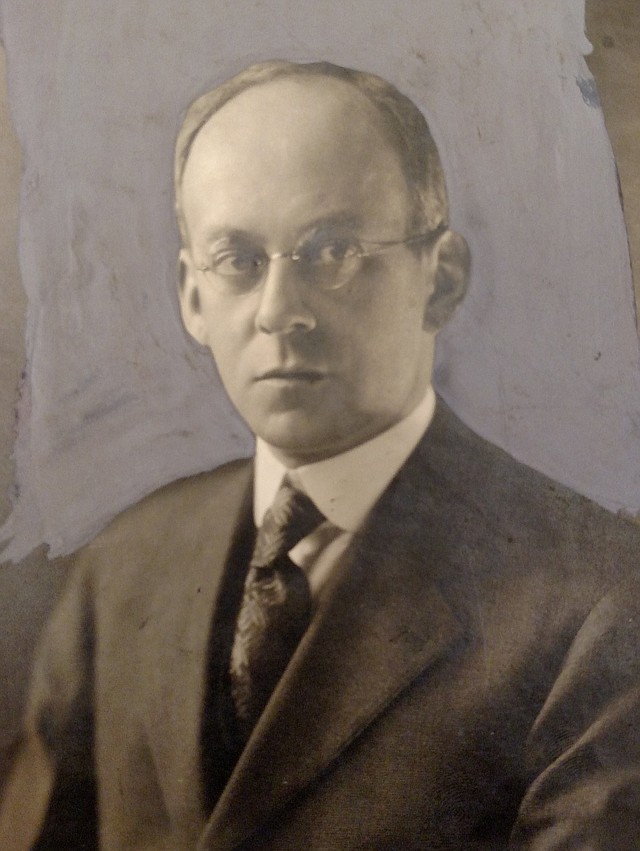 (This included, until recently, a website notation that Fisher, a devout mainstream Presbyterian, was “accused of expressing his liberal leanings and non-traditional religious ideas at the college.” Today, that’s been replaced by a biography notation that: “Supposedly,” Sefrit “had hounded him for years about his leftist leanings.” Note: “Leftist” stated as fact. And supposedly?)

This simple institutional apology — an act of historical truth, compassion and restorative justice, would cost Western … nothing. Does not a single person on Western’s board possess the basic decency to begin to right this wrong?

The 100th anniversary of the arrival of a man perhaps most responsible for the university’s current inclusive, “active-minds” bent is a worthy occasion to do what’s long been needed: Right this massive historical wrong. Claim some moral high ground. Give Charles H. Fisher, at long last, credit for historical time served.