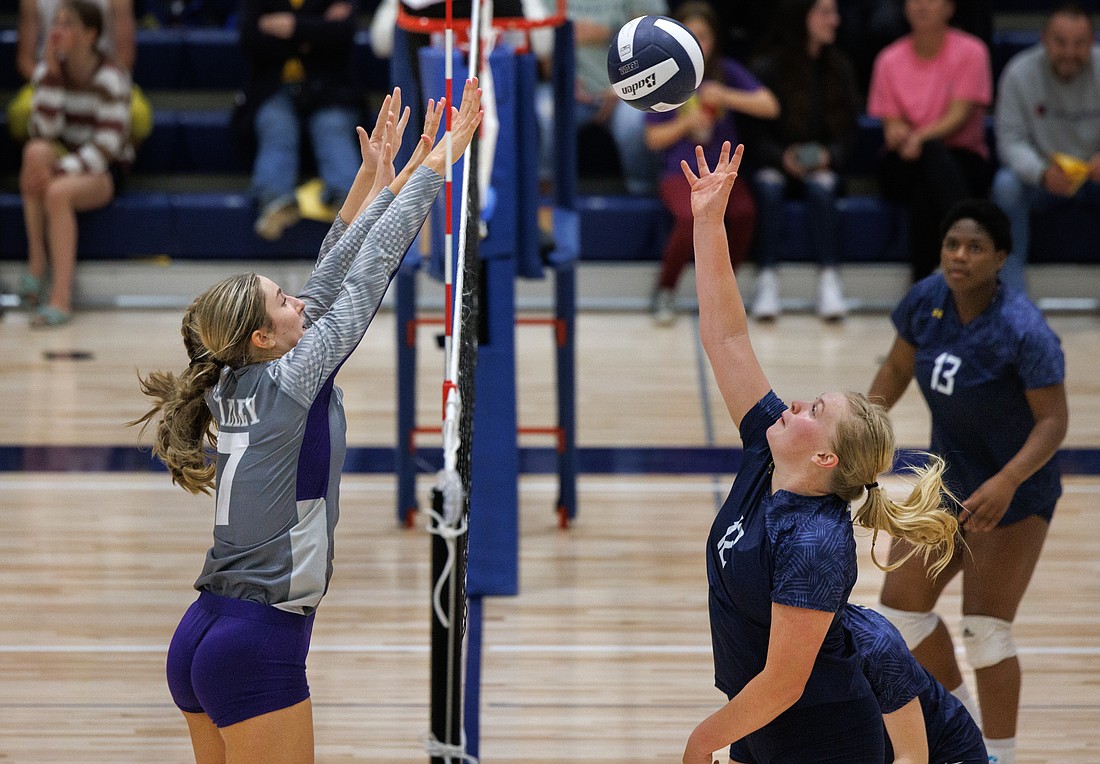 “They were a super-tall team. We had to be mindful of where they were at and just be aggressive,” Ferndale head coach Patti Hoelzle said of Nooksack Valley. “When the scores were tight, we just stayed composed.”

NV had not given up a set coming into the game. Pioneers’ head coach Katie Emmons said despite their previous success, this was a game her team can build on.

“I think it was a good learning experience to play a really competitive team,” Emmons said. “It showed us what we do need to work on.” 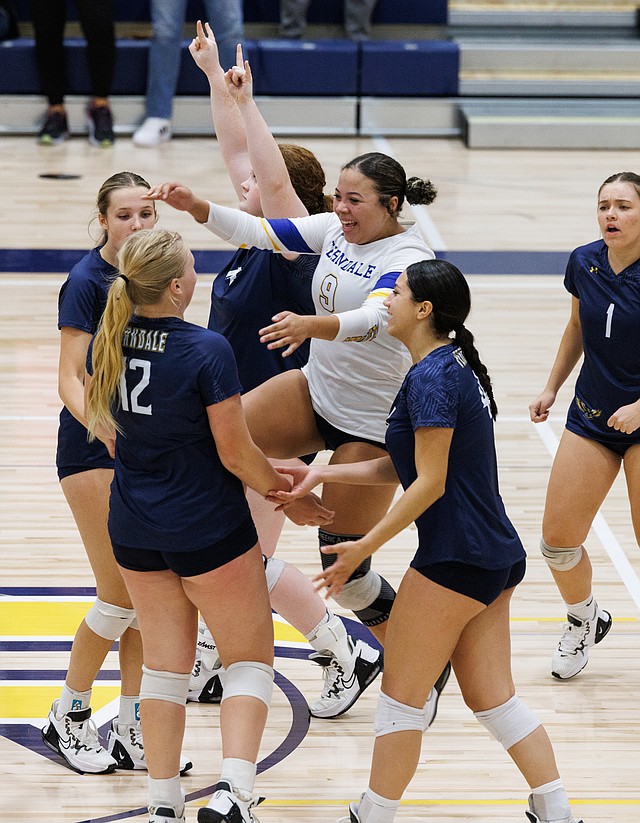 Each team had its chance in the first set. NV quickly took a 5-2 lead, then Ferndale responded to the tune of a 14-2 run, putting the Pioneers on their heels defensively.

The Golden Eagles were consistently blocking balls at the net, sending them back towards NV and scrambling the Pioneers' defense. Ferndale senior middle blocker Madisyn Butenschoen was as consistent as they come for Ferndale.

NV quickly climbed back into the competition with an 11-4 run of its own, retaking the lead 26-25 late, but after five game points, Ferndale closed it out on an ace by junior middle blocker Tia Gilday.

“I appreciated that they didn’t just roll over,” Emmons said of the close sets they lost. “They’re always going to be a team that shows a lot of fight. They’re not going to let a set die on them.”

It was all Ferndale in the second, as the Golden Eagles’ efficient offense continued to make NV scramble and get out of sync. Ferndale senior setter Brooklyn Cagle was in command of the offense, putting the ball precisely where it needed to be for her teammates. 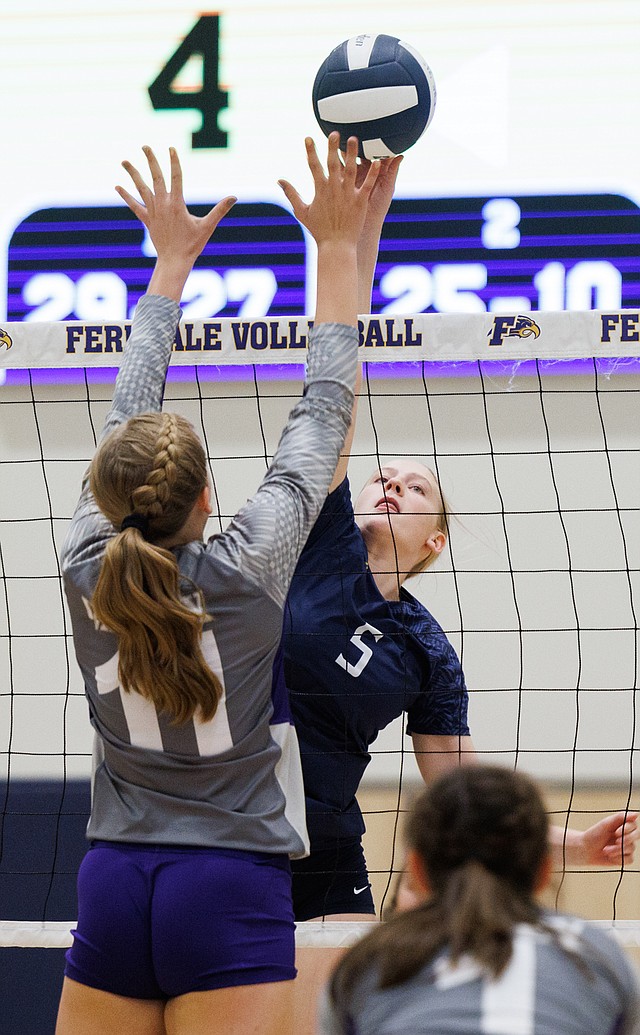 NV got its juice back in the third set, racing out to a 10-5 lead and forcing Ferndale’s first timeout of the match. Both teams proceeded to trade points until Ferndale narrowed the gap to two, trailing 21-19, and forcing the Pioneers to burn a timeout.

Ferndale captured its first lead of the set at 23-22 following an ace from senior libero Aysia Mitchell. Points were traded once again, with another three game points in the frame. The Pioneers smacked a perfect serve to center court while leading 26-25, to win the set.

After failing to close the match out, the Golden Eagles got together to reset one another.

As was the story all night, NV got off to a hot start to begin the fourth. The Pioneers’ 5-2 lead, however, quickly evaporated and favor swung over to Ferndale as the Golden Eagles took their first lead of the frame at 8-7, and continued to push that advantage further up.

NV narrowed it to 21-18 after consecutive points before Ferndale scored one more, followed by Butenschoen hammering in three straight kills to finish the match.

“We’ve been struggling a bit on offense, and we have some hitters with great hitting percentages,” Hoelzle said. “Our defense is awesome, our passing is awesome, but making sure we convert it into those finished kills was really what clicked for us tonight.”

Ferndale advanced to 3-1 overall on the season (3-0, Northwest Conference) and will travel to Sedro-Woolley on Wednesday, Sept. 21, for another league game at 7 p.m.