If 2023 brings recession, area businesses could feel it unevenly 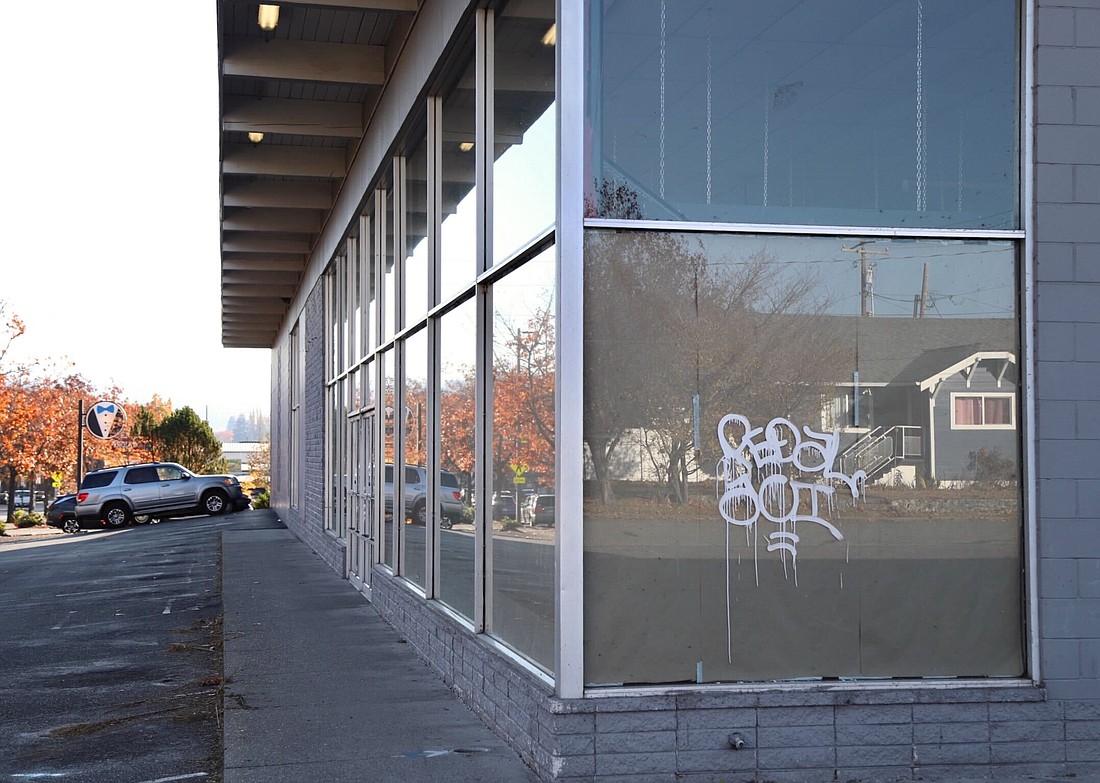 A storefront sits empty off of James Street in Bellingham on Nov. 14. Small businesses might be disproportionately hurt if a recession hits in 2023. (Hailey Hoffman/Cascadia Daily News)

Maybe it’s plural. Unsure whether the economy is heading into a recession in the new year? You’re not alone.

Perusing three months of data-dense reports from the Washington State Economic and Revenue Forecast Council (ERFC), I — not an economist — reviewed the presumed textbook definition of a recession which, it turns out, isn’t that standard after all.

The whole two-consecutive-quarters-of-falling-real-GDP (gross domestic product) rule is more like a shortcut. Instead, the White House Council of Economic Advisers writes that calling a recession requires a “holistic” look at the labor market, consumer and business spending, industrial product and incomes.

So it’s no surprise a holistic look at those pointers today puzzles many observers.

The job market appears strong. ERFC reported state unemployment steady at 3.7% in September, August and July, matching a record low that dates back to 1976.

Local county unemployment — while not directly comparable to the seasonally adjusted statewide figures — looked OK, too. Both Whatcom and Skagit counties saw unemployment rates decrease from August to September; Whatcom went from 4.8% to 4% and Skagit, from 4.9% to 4.1%. 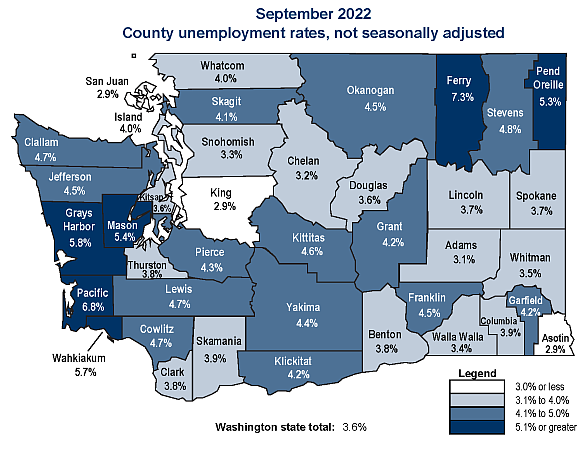 Many area businesses are still having trouble hiring enough permanent workers. Average hourly wages, a pretty good indicator of the strength of a job market as businesses pay more to fill positions, continued to grow nationally in October at an annual 4.7%.

Yet inflation, nationally at 7.7% in October, continues to roar away at a higher rate than wage growth. In its November 2022 preliminary economic forecast, ERFC observed that “real personal income growth this year will be undermined by the surge in inflation and the withdrawal of the extraordinary stimulus of the previous two years.”

When it comes to forecasting a recession, “part of the problem is the data is all over the map,” said Hart Hodges, co-director of Western Washington University’s Center for Economic and Business Research.

In a November webinar hosted by Western’s College of Business and Economics and the WWU Alumni Association, Hodges said one reason economists missed, for example, anticipating inflation’s moves early this year was a variety of unusual factors.

It may not be a stretch to think these factors fracture recession forecasting, too.

“We also have to keep in mind we’re going to see a lot of changes in the data,” Hodges said, pointing specifically to the “unbelievable amounts of money” pushed into the economy from pandemic relief funds. As individuals deplete those dollars, spending at different businesses even in the same sector may shift based on how flush one is without COVID cash.

“I don’t think we should talk about the economy or a recession,” Hodges said. “I almost think we’re going to have rolling recessions in different sectors and people of different income levels are going to feel things very differently.”

I don’t use the word unprecedented much — someone always claims a precedent. However, uncharted could be a better term as so many different global levers, some historically rare, flip the economics pinball in different directions.

When I asked Hodges what indicators he’s watching closely going into 2023, he zeroed in on wages.

“Many small businesses don't have the margins to pay a lot more or the ability to raise the prices very much,” he said. “As such, we might see the number of small businesses in particular industry sectors decline over the coming few years.”

If inflation continues apace. If recessions come. All still — on this side of 2023 — if.

It’s amazing what a fresh coat of paint can do. The Downtown Bellingham Partnership (DBP) announced that three recipients of its 2022 Storefront Improvement Grants have finished work, funded by a match of up to $2,000 per project. 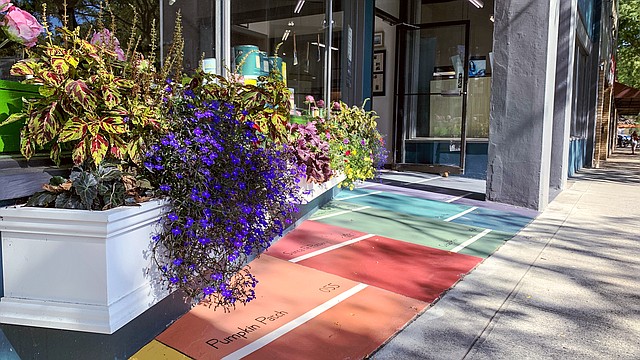 Stockton's Paint at 1413 Railroad Ave. in Bellingham after it finished work with funds from 2022 Storefront Improvement Grants. Color swatches painted on the sidewalk "is a new concept." (Photo courtesy of Downtown Bellingham Partnership)

Even that common element of paint can be creative.

“Stockton’s sidewalk, I’d say, is a new concept,” said Lindsey Payne Johnstone, program director for DBP. “The emphasis is on quick and cheaper yet impactful improvements” including lighting. “One business improvement project can help improve an entire block.”

Normally, only one grant is issued at a time. But DBP said BECU support allowed three grants to be awarded this cycle. Details of the next cycle will be announced in early 2023.

Homeschool BBQ will take over HomeSkillet’s former space at 531 Kentucky St. in Bellingham’s Sunnyland neighborhood. HomeSkillet, which closed in May, announced on its Facebook page that it had “signed the lease papers with Homeschool BBQ” and aims for a Dec. 1 opening.