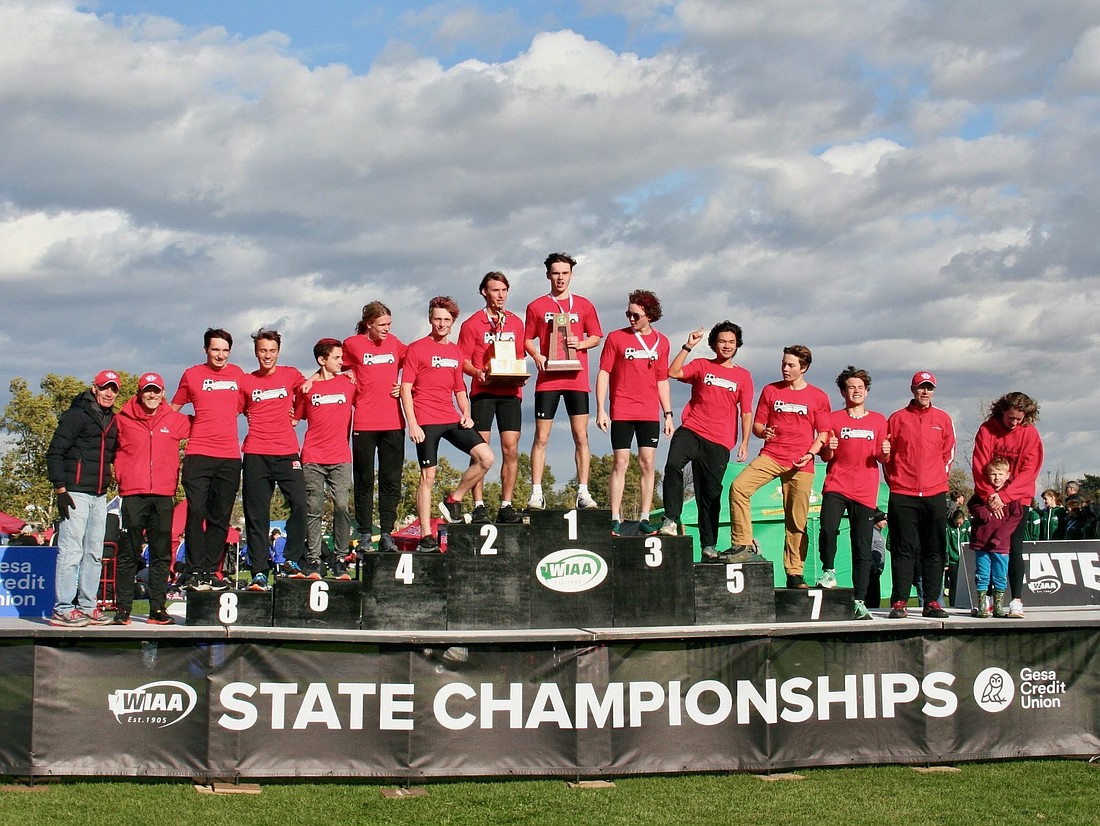 In addition to many high placers, county schools brought home one individual championship and two team titles from the state cross country meet at Sun Willows Golf Course in Pasco on Nov. 5.

Meridian, Lynden Christian and Mount Baker were represented at the 1A state championship races. 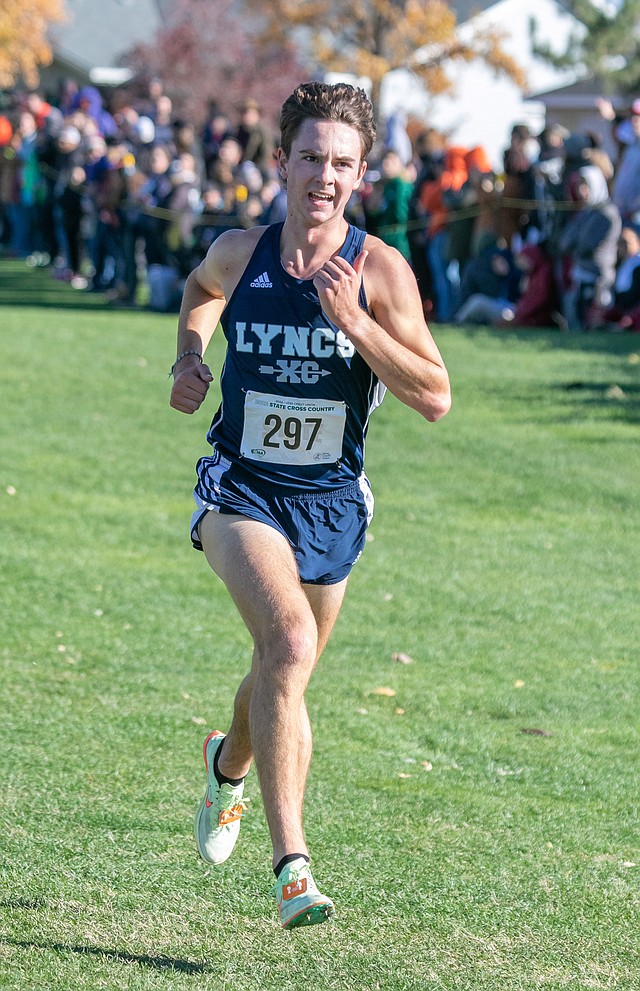 Bellingham schools one-upped their performance from a year ago. At the 2021 2A state meet, the Sehome girls and Squalicum boys captured 2A state championships. The Sehome boys finished third behind Squalicum and Bellingham came in fourth.

This year, they captured all three of the top spots on the boys side, with Bellingham taking the title, and the Sehome girls repeating as champions.

Sehome’s Zack Munson (15:37.00) won the individual boys 2A state championship, proving once again that he is by far the fastest in the state within the classification by completing the race nearly 20 seconds ahead of the second-place finisher. 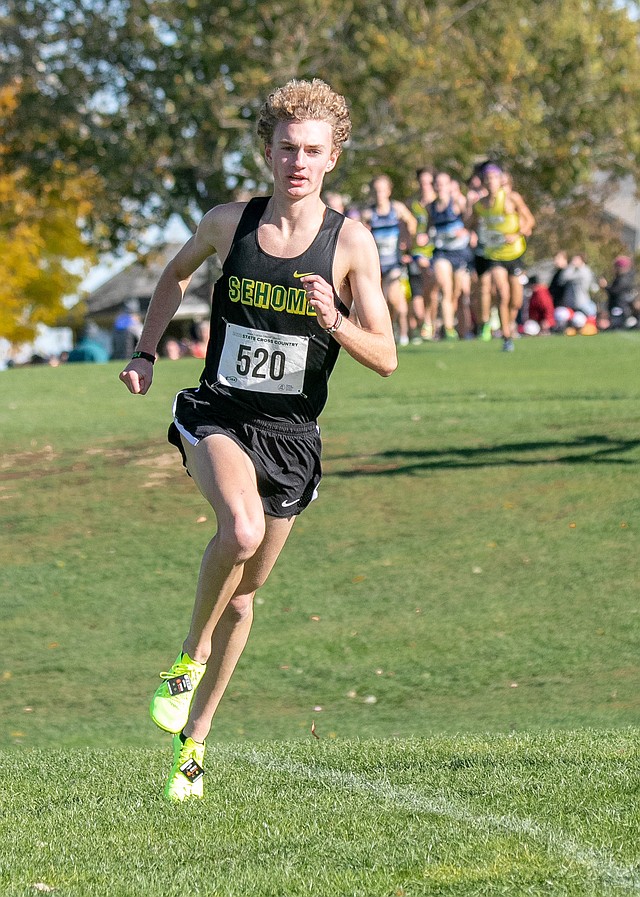 Sehome High School’s Zack Munson leads the pack at the first half turn. Munson finished first in the event. (Photo by TJ Mullinax)

Bellingham’s boys team won the 2A state championship with a team score of 86. It was head coach Bill McClement’s first team title in his 22 years at Bellingham and 34 total years of coaching high school cross country.

It was also the first cross country title in Bellingham’s 85-year history.

“It’s a blessing to be able to work with such a wonderful group of students,” he added.

The Bellingham girls team took fifth with a score of 186, and were led by a 10th-place finish from Zaya Smith, who crossed the line at 19:40.30. Grace Friesen and Gillian Spilker each finished just inside the top 60.

Sehome’s girls won the team title with a score of 54, capturing the Mariners’ second-straight 2A state championship. Sehome girls have the most team titles in state history with 12. 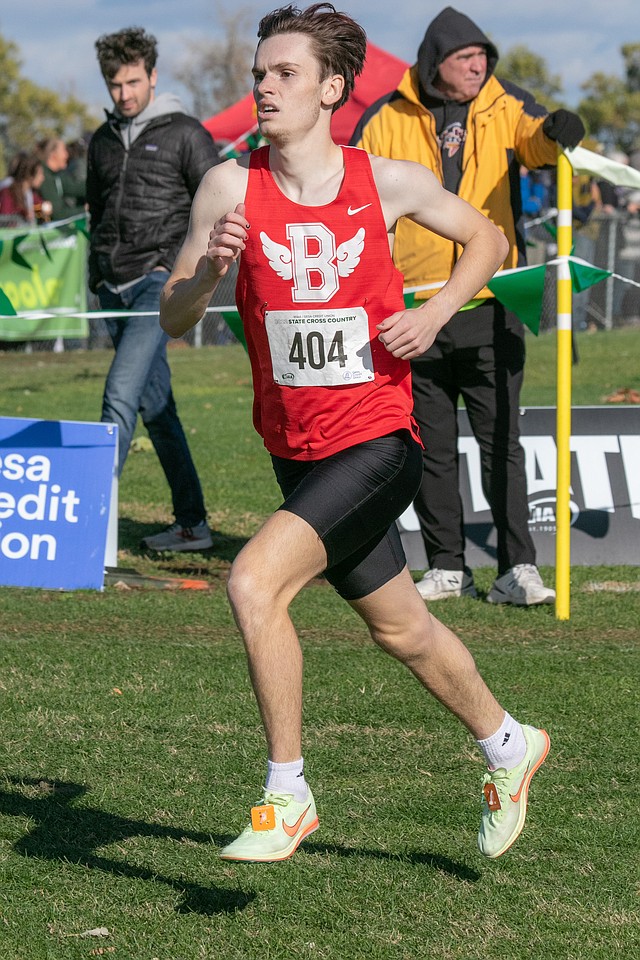 “I’m just really proud of the girls,” Sehome coach Kevin Ryan said. “In back-to-back years, they completely bought into what we were doing and they followed the plan throughout the season.”

Sehome boys took second behind Bellingham with a score of 95.

“The rest of the boys are sophomores and freshmen,” Ryan said. “They ran really well for being so young.”

Squalicum’s boys team finished third, posting a team score of 102. The Storm did not send a full girls team.