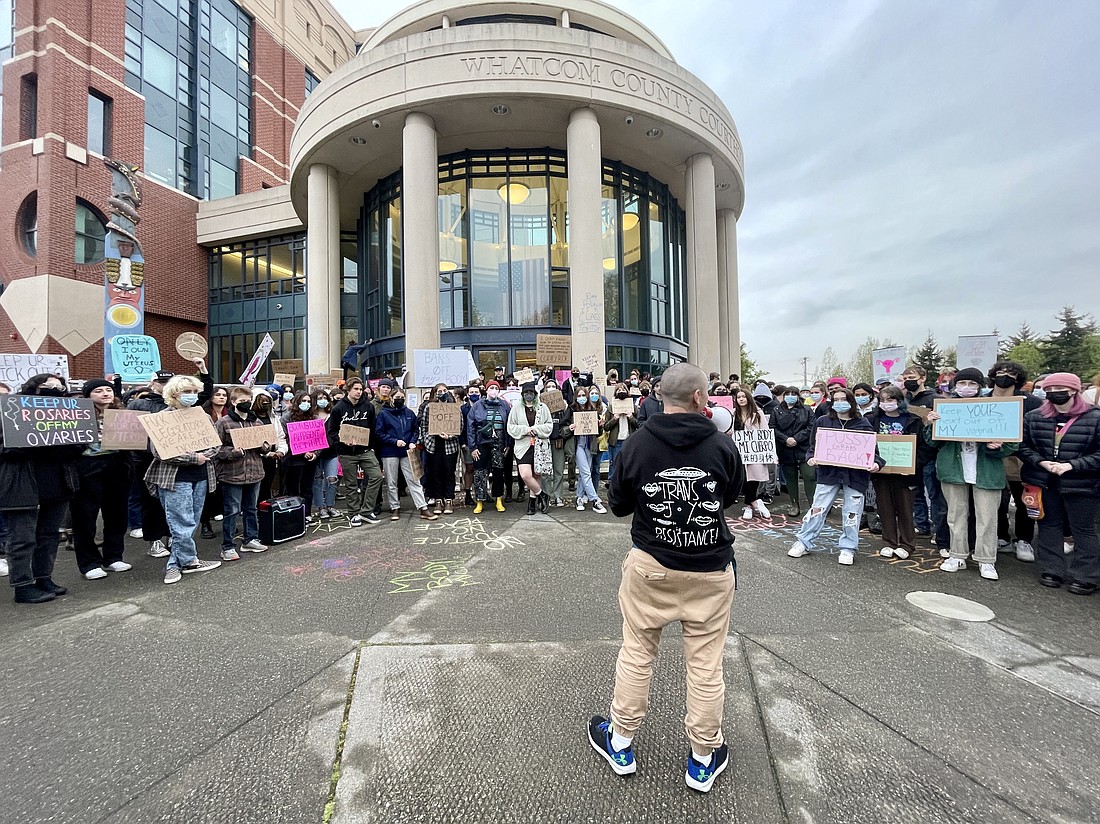 Benny Spencer, a trans man, told the crowd about his experiences with reproductive healthcare throughout his transition. "It's huge, to be able to talk about trans rights to so many people after feeling so invisible for so long," he said later. (Julia Lerner/Cascadia Daily News)
By JULIA LERNER
Staff Reporter

More than 300 people gathered at the Whatcom Transportation Authority’s downtown bus station on Friday night, ready to march against the Supreme Court’s leaked draft opinion that could overturn Roe v. Wade, the 1973 case that protected a person’s right to abortion.

A couple of Western Washington University students organized the protest and expected it to be small.

“We saw the protest that happened on Tuesday, and wanted to be there, but couldn’t because we had [class],” said Kate Wick, one of the organizers. “My friends and I decided we were going to make our own, and it got a lot more traction than we ever could have hoped.”

Protesters marched with signs and coat hangers from the WTA station on Railroad Avenue down to the Whatcom County Courthouse, where Wick and other organizers led chants and spoke about their experiences with reproductive healthcare. People shared stories, talked about trans rights and scrawled messages in chalk all over the sidewalk and the courthouse’s entryway. 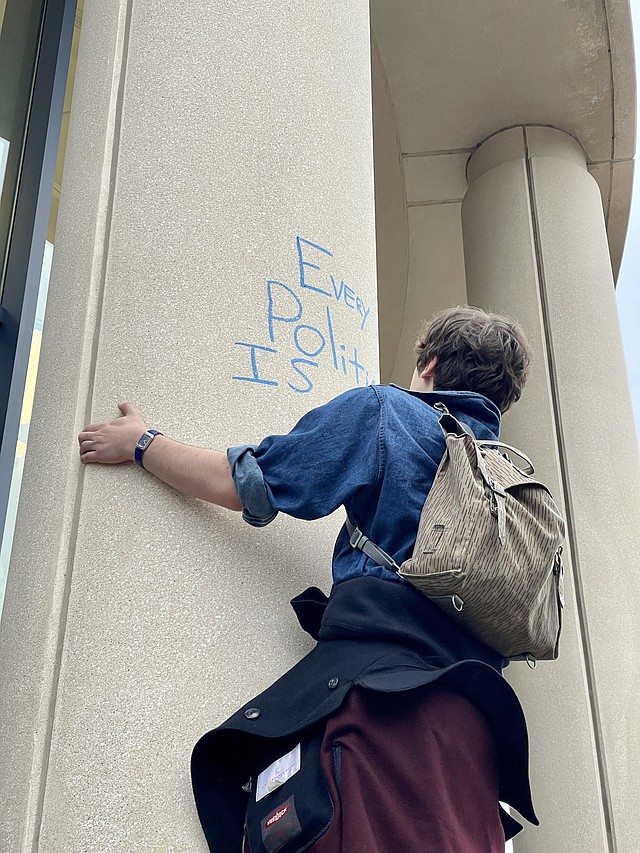 Dylan Petara, a Western student, chalked the Whatcom County Courthouse with the phrase "Every politician is a class traitor." (Julia Lerner/Cascadia Daily News)

Benny Spencer, a trans man, took to the microphone throughout the event.

“I am standing up for bodily autonomy and reproductive freedom, which includes trans rights and our access to medical transition,” he said after the protest. “When Roe v. Wade gets overturned, it’s going to be accompanied by all of these other rulings and movements that all have to do with bodily autonomy.”

Roe v. Wade was one of the earliest cases related to a constitutional right to privacy, which paved the way for cases like Lawrence v. Texas (legalizing same-sex relationships). Many supporters, including Spencer and Wick, fear that overturning Roe will result in the overturning of those cases as well.

“Roe v. Wade is absolutely huge and the basis for a lot of other cases as well,” Wick said. “It’s just not OK that the Supreme Court thinks that they can take that right away for half the country.”

Throughout the protest, several individuals voiced opposing views, telling attendees they would go to hell and arguing against trans rights. The marchers disagreed.

“Reproductive rights are trans rights,” Wick said. “Access to basic healthcare for everyone includes everyone.”

Spencer was excited to talk about reproductive healthcare with the crowd. 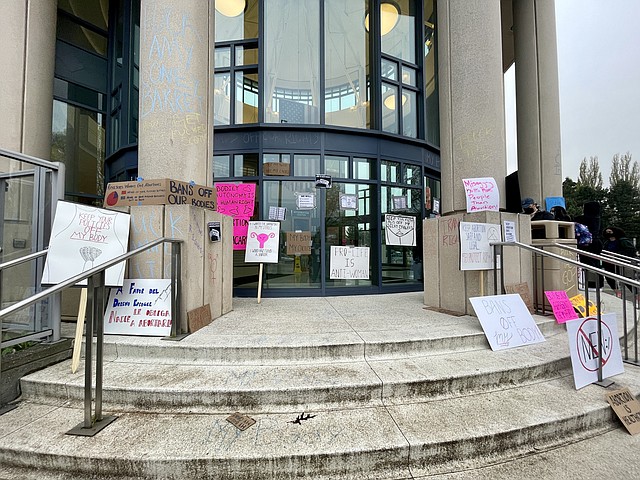 “It’s huge, to be able to talk about trans rights to so many people after feeling so invisible for so long,” he said. “People don’t understand how much this [decision] affects trans rights, and medical transition is tied into it.”

“The violence here is hidden in policies that make people think they have no way to fight back,” she said. “We’re just making sure that our voices are heard.”