Straight from your jacket to our water supply 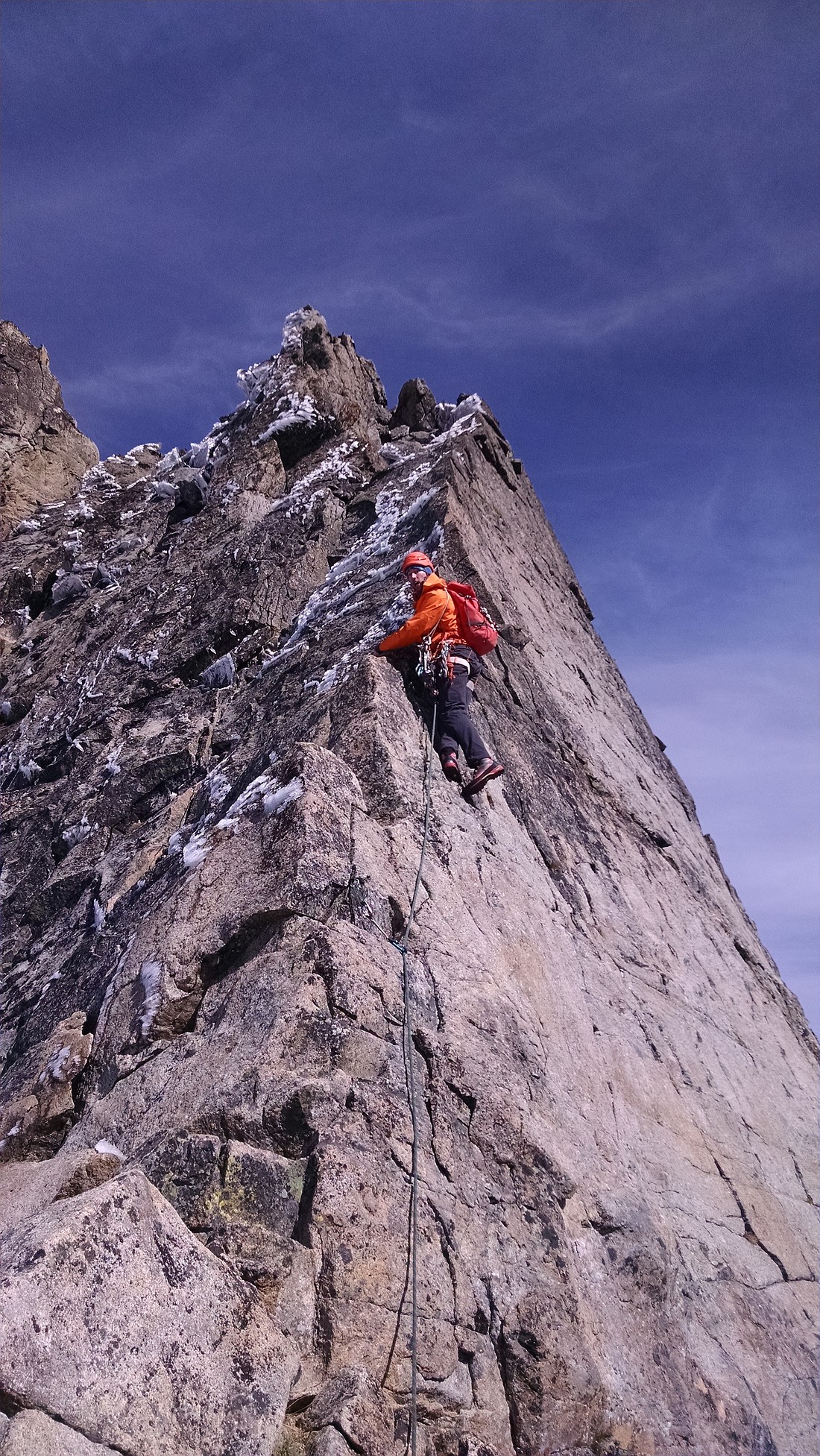 They’re colorful, functional and, for many, essential. But outdoor tech fabrics in many jackets like this one worn on Sharkfin Tower also have a dark underside. (Photo courtesy of Jason D. Martin)

As a young mountaineer I remember the day well, the day I bought my first Gore-Tex jacket.

It was beautiful. It was green and gray. It both allowed my body to breathe as well as kept the rain out. At the time, it was one of the biggest investments I’d made in my outdoor adventure equipment kit. I loved that jacket. It made me feel like I’d finally become a climber.

Today, it’s no different. The jackets on the market are beautiful, comfortable, functional, waterproof and wildly expensive. But like that jacket I bought nearly 30 years ago, most of them have a dirty little secret hiding within their fabric.

They were constructed with PFAs, or “forever chemicals.”

PFAs — the abbreviation for per- and poly-fluoroalkyl substances — are chemicals that are used in a number of household products. In the late 1940s, they were developed for Teflon non-stick pans, but have since been employed in everything from microwave popcorn bags to cleaning products, from stain-resistant coatings on carpets to water-resistant clothing. They’ve even been used in ski wax.

The problem with these chemicals is that they don’t break down, and eventually make their way into our food and water. PFAs build up in our bodies over time, resulting in a myriad of negative health impacts. Amongst other things, they can cause cancer, liver disease and fertility issues. They can even decrease the efficacy of vaccines.

And they are found everywhere. Most commonly, though, they get into water supplies near areas where products are manufactured, near military bases and near the training centers for firefighters. Once in the water supply, they make their way through to the food supply (sometimes even through food packaging) and into animals and humans. They’ve become so ubiquitous in our environment that a 2021 study of human breast milk found the chemicals in 100% of the samples.

There has been a big push to eliminate these chemicals wherever they exist, and in many industries, there’s been a lot of success. That said, the outdoor apparel industry has been slow to respond. In a recent study, the Natural Resources Defense Council gave several companies letter grades on how they were doing on phasing these chemicals out. Popular brands like REI, L.L. Bean and Columbia all received terrible grades, Ds and Fs. And, not surprisingly, progressive outdoor brands Patagonia and Keen respectively received a B and A-.

The fact that two brands received reasonable grades tells us it’s not impossible to limit the use of these chemicals. Indeed, Patagonia has pledged to eliminate all PFAS from its product line by 2024. And Polartec (which wasn’t included in the study) has already eliminated the chemicals from its supply chain.

It's possible to limit use

After an online outcry over PFAs in its product line, REI addressed the topic at its annual member co-op meeting last month. The response, to say the least, was uninspiring. They essentially noted that PFAs are a problem, but provided neither information on their efforts to move away from the chemicals nor any type of timeline to do so. Instead, Ben Steele, REI’s chief customer officer, stated that, “a durable water repellant finish is sometimes necessary to meet the durability and performance expectations of our customers and members.” He followed up by saying that REI is a leader in the industry phase-out, which is clearly untrue.

Washington state appears to be taking the threat of PFAs much more seriously than the co-op. In March, Gov. Jay Inslee signed a bill into law that will speed up the transition away from products that use PFAs. The legislation will eventually restrict them under the Safer Products for Washington Act. However, it’s not yet clear how this will impact products coming in from other states or countries.

Those of us who work and recreate in the outdoors like to see ourselves as “green.” Many of us pay close attention to what we consume and do our best to shop with companies that value the environment in both words and action. But it’s easy to look the other way when something we feel we need for our outdoor pursuits doesn’t live up to our green values, especially if it’s cheaper than the alternative.

Legislation is helpful in the battle against forever chemicals, but in our society, nothing speaks louder than the consumer’s voice. If we want to see real change, we have to vote with our wallets. And in a world where we can Google anything, it’s not that hard to research outerwear and to make responsible purchases.

Yes, I loved my first Gore-Tex jacket. But I love clean water a lot more. I’m okay with spending a few more bucks to make the responsible choice.