Hammers got help from a handful of WWU players 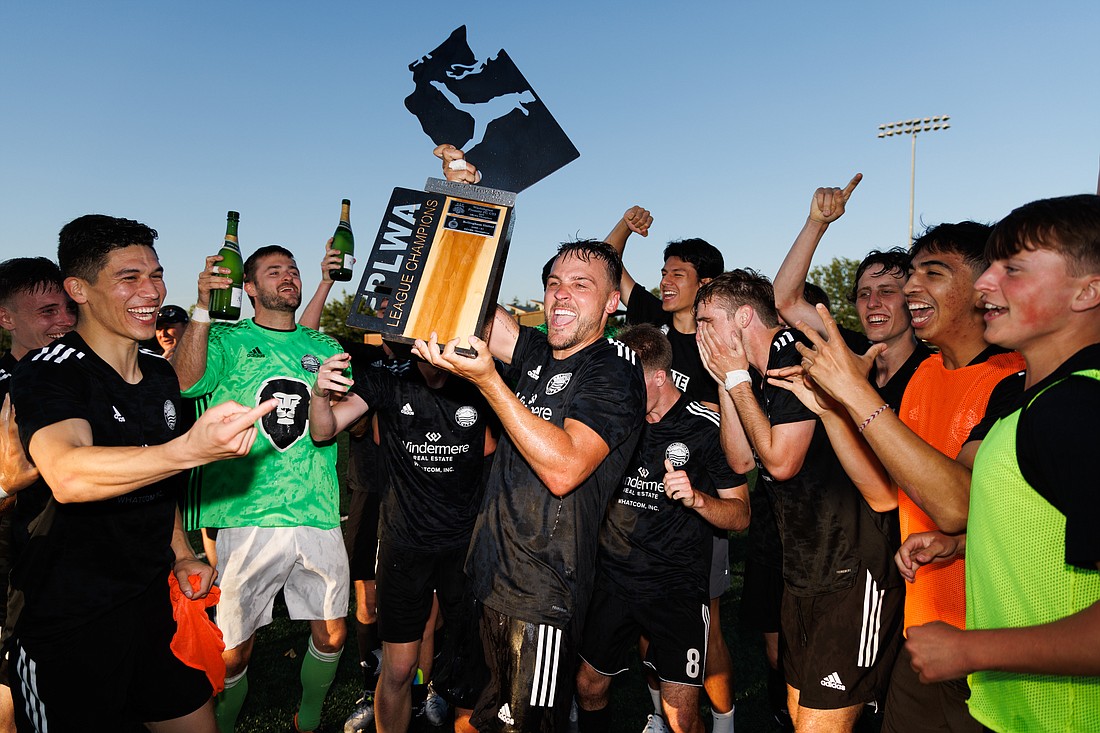 Championships are why you play the game. That was the message following Bellingham United Football Club’s 3-2 win over Washington Premier Football Club last weekend in the Evergreen Premier League championship game.

The come-from-behind win over BUFC's rivals didn’t happen without a dominant regular season. Having only lost one game all season, the Hammers rolled through their schedule and outscored their opponents 33-14, including the playoffs.

It was a season that started with a 1-1 tie against the Oly Town Artesians in early May. The next time the two teams played in the middle of June, Bellingham United notched a 2-0 shutout, which was one of five shutouts by the team and goalkeeper Hector Gutierrez.

Earlier in the season, Bellingham United head coach Jason Conway said a key moment for the team was a match against Pacific Northwest Soccer Club in June. It was a 5-2 win for the Hammers in a rematch of the 2021 Evergreen Premier League championship.

Bellingham United’s scoring differential and lone loss helped the Hammers win the Interstate 5 conference in the Evergreen Premier League and gave them home-field advantage throughout the playoffs. 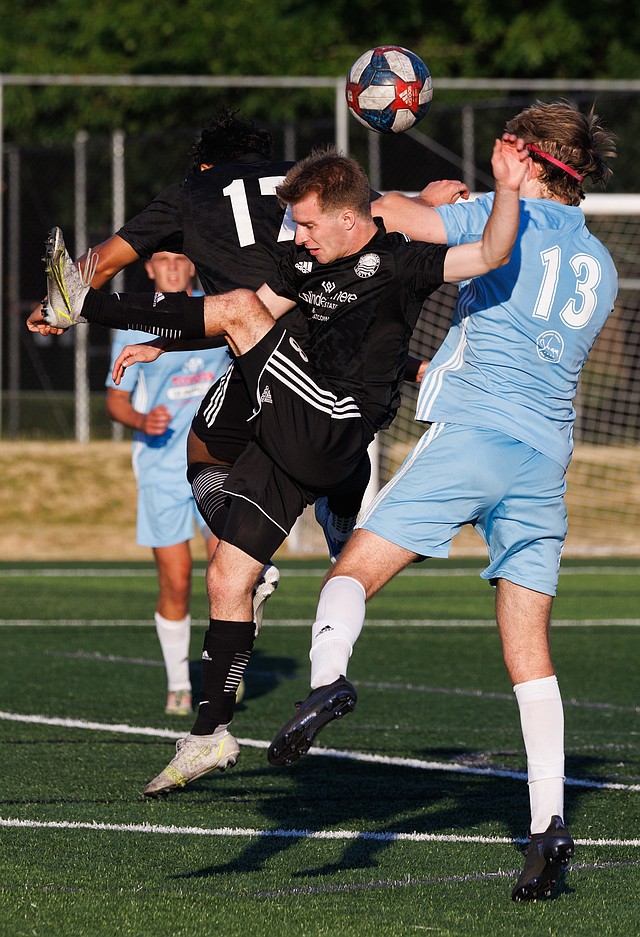 Bellingham United FC’s Josh Wong and Connor Steward, center, leap for the ball against a Washington Premier defender in the second half of their championship match. (Andy Bronson/Cascadia Daily News)

The Hammers hosted Yakima United in the first round of the playoffs, a semifinal match, and posted a 3-0 shutout to advance to the championship they would end up winning in come-from-behind fashion.

Forward Ivan Colin, who scored the game-winning goal in the championship against Washington Premier, said having faith in themselves all season long played a huge role in their confidence every week and the results showed.

“I knew we were the defending champions for a reason,” Colin said.

Even when the Hammers were trailing in the championship game, they knew who the better team on the field was.

Further helping Bellingham United this summer were the two top goal scorers in the league. Ale Tomasi earned the Evergreen Premier League Golden Boot with eight goals in five games in the regular season. His teammate, Eric Bunnell, was second with seven goals scored in the regular season.

The two are teammates at Western Washington University, and fellow Western teammates Gus Diehl, Kaydin Wall and Elliott Rains also joined the two on the team this summer, giving the Hammers five players from the Vikings’ men’s squad.

They said summer is a less stressful time for them. A lot of their Viking teammates end up heading back to their hometowns and they usually don’t see each other for a few months, so being able to stay in town and continue playing with each other was a great experience. 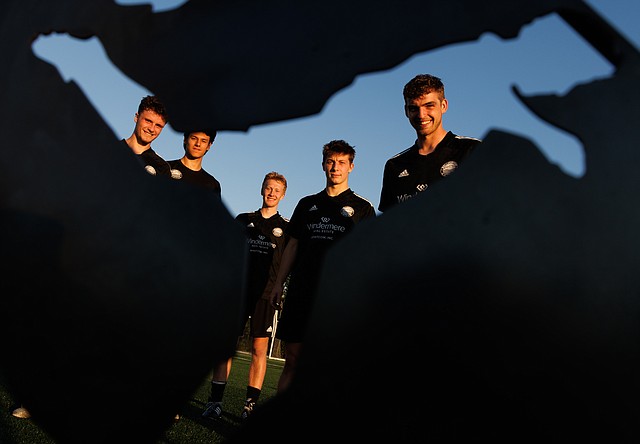 “It’s great that Bellingham United welcomes us with open arms and we’re lucky enough to play with a bunch of the guys we play with all year round, but also new players,” Tomasi said. “We’re able to have success with it as well, which is pretty cool.”

Since they’re already teammates at Western, Bunnell said the five of them understand each other on and off the field, which helped contribute to the success with Bellingham United this summer.

“That obviously leads to championships because Bellingham United has always been successful,” Bunnell said.

The Western men’s soccer team’s preseason kicks off Aug. 13, so this summer also gave the five a chance to build on their relationships with each other before they put on the Vikings uniform again.

“We build chemistry over the summer and just learn about each other even more,” Wall said.

Tomasi said opting to play for Bellingham United for the summer looks a little different for everyone. Diehl and Tomasi are both from Bellingham and knew they were going to stay around.

“Once we finish soccer at Western, the guys that stay in town immediately transition into Bellingham United,” Tomasi said. “For the other guys, it might be a bit different, but for Gus (Diehl) and I — we’ve lived here a while.” 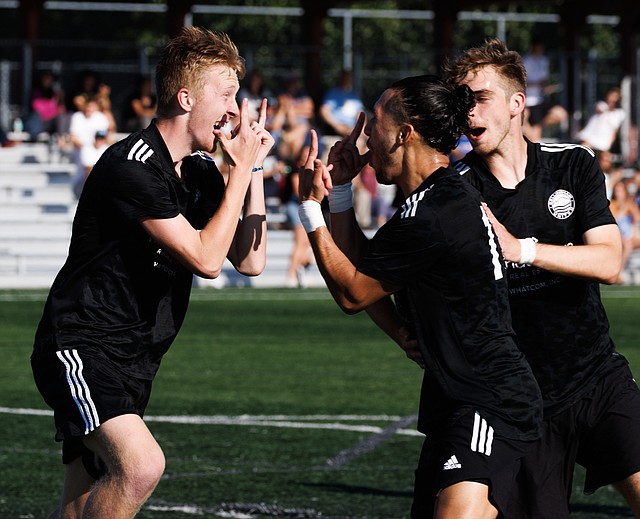 Bunnell chose to play for the rival of Washington Premier, the team he played for last summer.

Washington Premier is consistently Bellingham United’s rival, but the Hammers just beat the team during the Evergreen Premier League championship.

“There’s a bit of bad blood there but, obviously, with all the fans that came out and the sense of community and family here, it was a pretty easy decision,” Bunnell said. “Last year, [the fans] pissed me off a lot with how rowdy they were, but it’s a lot of fun when they’re yelling for you instead of against you.”

Along with energetic fans, the feeling of community and family is present within the team, another huge draw to staying in town for the summer.

“The good thing is everyone on the team is supporting each other and connecting,” Wall said. “A lot of teams out there just get mad at each other, get pissed 24/7, and that’s not us.”

Their season with Bellingham United culminating in a championship was the goal from the start, they said.

“We put in a lot of work over the summer, especially with the quality of players we have with this group,” Rains said. “We expected a championship.”

While Bellingham United’s season is over until next year, Bunnell, Tomasi, Rains, Diehl and Wall will put their Western uniforms on in just a few weeks.

The Western men’s soccer team’s regular season will kick off at 7 p.m. Aug. 25 against Sonoma State University at Harrington Field on Western’s campus.