'We have to get real': Outdoor recreation's effects on climate change

Pulling back the veil on multi-billion dollar travel, recreation industry 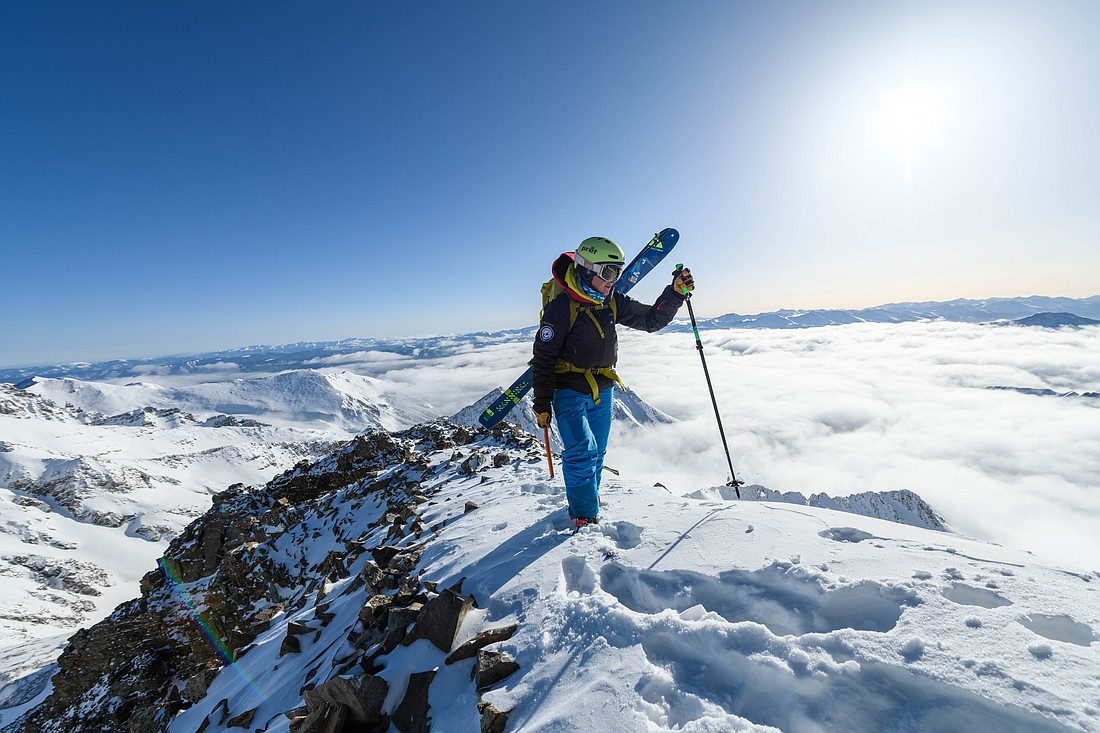 Angela Hawse, president of the American Mountain Guides Association, stands on the summit of 14,279-foot Castle Peak near her home in the Rocky Mountains. "My workplace is becoming extremely hazardous" because of climate change, she said. (Photo courtesy of Fred Marmsater)

Global warming’s increasing impact on outdoor recreation fundamentally changes our relationship with a landscape that has given us so many memorable adventures.

Mighty mountains are crumbling, glaciers are retreating and forest fires are charring the sacred ground we tramp. The megadrought that has persisted across the American West has dried up fishing holes and lakes and left water tanks and cisterns empty for thirsty long-distance backpackers.

I reached out to Hawse because she knows our backyard after nine summers of guiding in the North Cascades while living in Fairhaven. One of America’s most accomplished mountaineers, Hawse, 59, also is a team athlete for the nonprofit environmental advocacy group Protect Our Winters.

She has seen the dramatic changes first-hand in the remote and rugged backcountry where spectacular scenery has left a powerful imprint on the millions of us drawn to nature.

What many have cast aside, though, no longer can be ignored. The years from 2000 to 2021 were the driest stretch since A.D. 800, according to a study published in Nature Climate Change. University of Washington scientists from Climate Impacts Group report that the length of the snow season in the Cascades might shrink by half in the 4,000- to 5,000-foot elevation range by the end of the century.

“The reality is it’s not just the glaciated terrain where risks are increasing,” Hawse said. “We’re seeing mass wasting on mountains and rock faces that is unprecedented in our experience of time.”

Two decades ago, Nobel Prize-winning atmospheric chemist Paul Crutzen popularized the idea of a new geological epoch known as the Anthropocene. He argued human behavior has significantly altered Earth to move us beyond the Holocene, which began after the last major ice age 11,700 years ago.

Scientists last month reported that glaciers in a third of the 50 UNESCO World Heritage sites will disappear by 2050, regardless of efforts to limit temperature increases. Closer to home, the Olympic Peninsula has lost 45% of its glacier coverage since 1980, according to a study published in April in the Journal of Geophysical Research: Earth Surface.

It sometimes feels hopeless with scientific studies presenting alarming odds to heal the mortal wounds inflicted by a fossil-fuel economy.

We don’t need more studies or meetings like the recent United Nations Conference of the Parties to see the effects raining down the mountainsides. In early July, 11 mountaineers died and eight others were injured when a block of glacial ice known as a serac collapsed in the Italian Dolomites. The incident occurred as Europe faced a summer of record-setting heat waves. 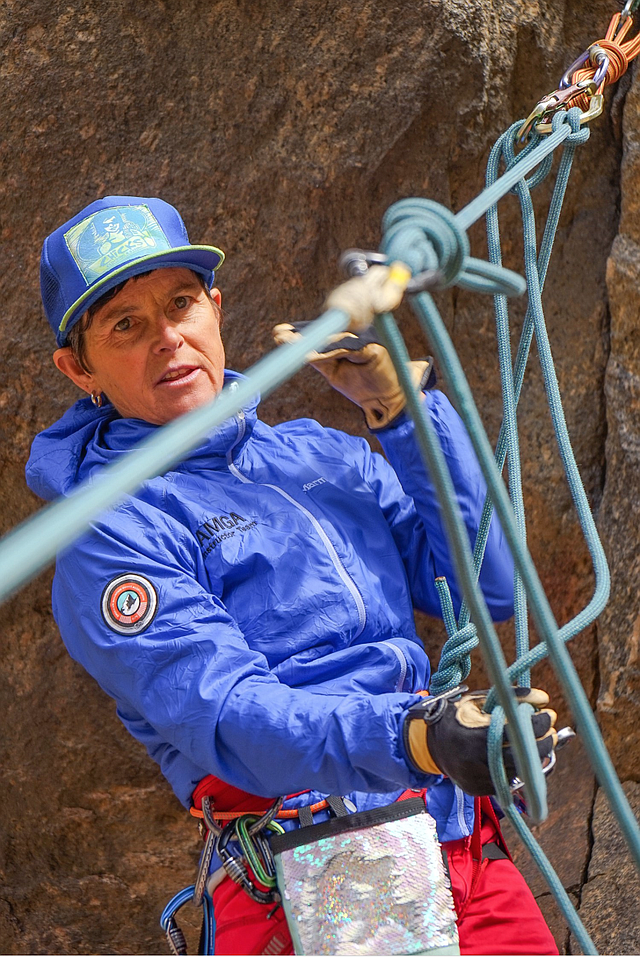 Angela Hawse, who has led more than 25 high-altitude expeditions, including Mount Everest, instructs a rock guides course. "We’re seeing mass wasting on mountains and rock faces that is unprecedented in our experience of time,” she said. (Photo courtesy of Jayson Simons-Jones)

A month later, the mayor of Saint-Gervais-les-Bains in southeastern France closed huts on Mont Blanc’s normal summit route to deter climbers from testing the unstable conditions on the Alps’ highest peak at 15,781 feet. Local guides had already stopped working on the famed Gouter Route while facing increasingly heavy rockfalls along a narrow, steep alpine chasm known as “Death Gully.”

“It is so out of our realm of experience to have mountains falling apart,” said Hawse, who now lives in Ridgway, Colorado. “We don’t think a seemingly solid piece of landscape could possibly crumble on top of us.”

In three decades, she has participated in 25 high-altitude expeditions, including reaching the south summit of Mount Everest. Hawse, who has climbed and skied around the world, has started to avoid areas prone to rockfall and avalanches.

“Mountains are the water towers of the world,” she said. “Once the permafrost starts unlocking, that is going to dramatically affect sustainable mountain living.”

Some leading mountaineers and climbers now talk about making the last ascents on famous rock and ice routes because their hallowed terrain is becoming impassable. Rock climbing star Tommy Caldwell said in an NPR interview this year that he has stopped going to Argentine Patagonia because “every time there's a good weather window, somebody dies.”

Professor Steven Hollenhorst of Western Washington University's College of the Environment wants outdoors people to acknowledge their contribution to climate change and then take measures to decarbonize society.

Hollenhorst has promoted “locavism,” the idea of creating outdoor adventures at home. But we all know how difficult it is to forgo international travel or even stop driving to Artist Point to hike to Ptarmigan Ridge or Lake Ann.

Hollenhorst gets it. Really. He does.

“It is so beguiling because it looks sustainable,” Hollenhorst said of wilderness recreation. “We’re out there human-powered, moving ourselves up the mountain or skiing. Pull away the veil and you see right away that the entire enterprise is fossil-fuel driven.”

The industry sees a shift in consumer habits as an existential threat, said Hollenhorst, adding, “Some folks are so dependent on people getting on an airplane and spending a lot of money,” in resorts, “they can’t imagine it being done in another way.”

“It is a huge, powerful economic driver for places like Bellingham and ski towns,” Hawse said.

As a lobbyist with Protect Our Winters, she hopes to marshal outdoor stakeholders to support legislation that would help reduce greenhouse emissions.

The intentions are well-placed, but relying on lawmakers to enact meaningful change in an era of vast political divide might not be the best route to stop the carnage in time.

Hollenhorst suggests that until we come to terms with individual actions, wilderness land will continue to face too much stress, resulting in more dire consequences.

We have to get real. Those seriously concerned about climate change’s destruction of the great outdoors also are contributing to it.