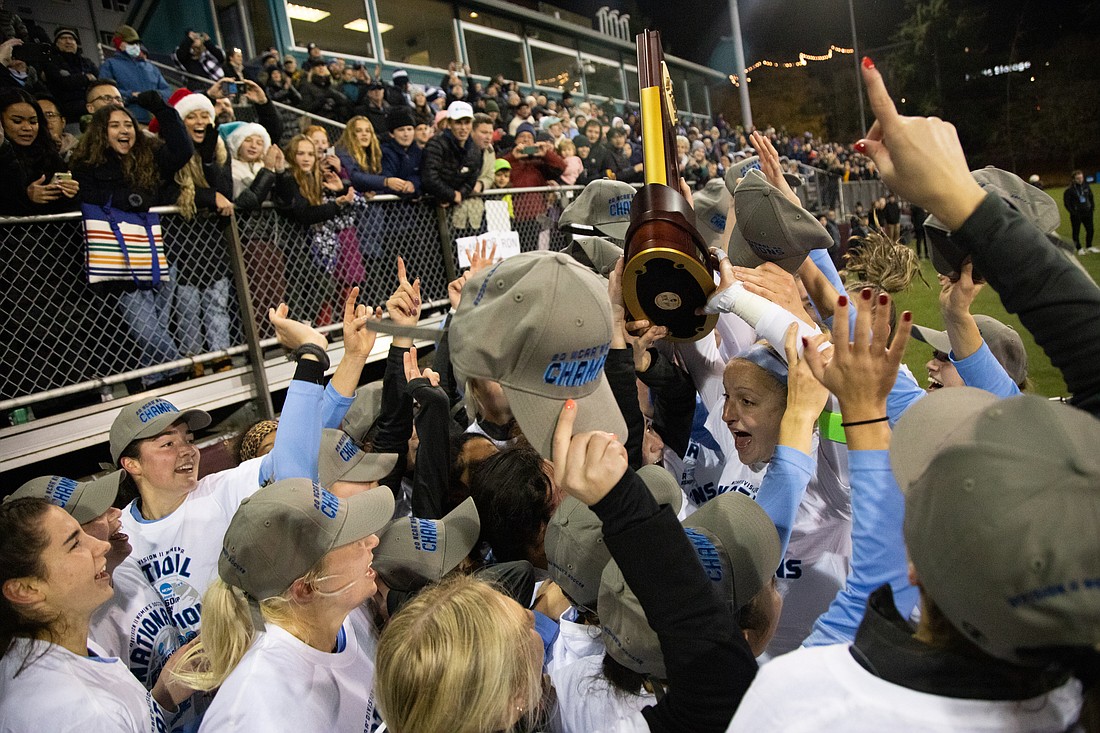 SEATTLE — The Vikings are national champs, yet again.

On a field that seemed tilted in Western Washington University’s favor all night, in a game that seemed poised to fall the Vikings' way, it wasn’t until the 83rd minute that freshman forward Claire Potter netted the go-ahead goal.

Potter’s attempt — WWU’s 25th and final shot of the game — floated off the freshman’s right foot, clearing the West Chester goalkeeper and finding the upper-left corner of the goal to put the Vikings ahead 2-1 and seal the program’s second national championship. 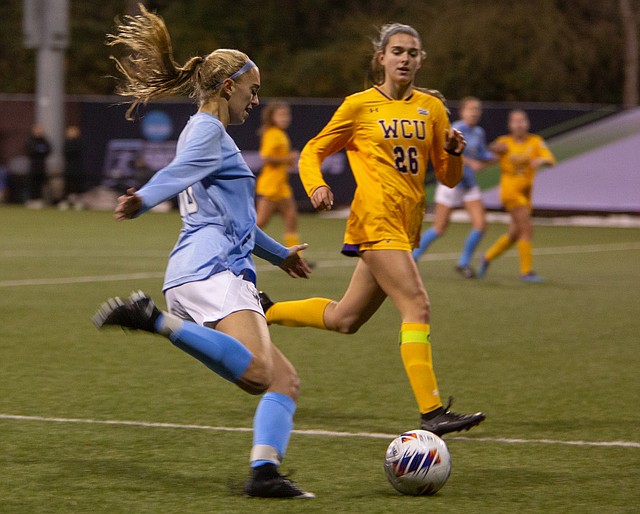 Or was it a pass? The ball came from a seemingly impossible angle, outside and to the right of the penalty box, just yards from the end line. Just a few degrees to the left, and it’s a perfect cross in the box.

“It was a shot,” Potter assured media during the postgame press conference. “But if it missed, somebody else would’ve [scored].”

WWU dominated top-seeded West Chester, a team that entered Interbay Stadium on Saturday with a 23-0-1 record.

Western held possession for 57% of the game, outshooting West Chester 25-3. Western’s forwards were constantly knocking on the door, forcing WCU goalkeeper Hayley McGee, who hadn’t conceded two goals in a game all season, to make nine saves throughout the game.

“[WCU] are so good at what they do,” WWU senior goalkeeper Claire Henninger said. “We talked before the game that we just didn’t even want them to get close. We didn’t want to give them any good chances, and I think we did everything that we wanted to do.”

Senior midfielder Tera Ziemer, who played every minute of Western’s five NCAA Tournament games, opened the match with a 14th-minute goal. Ziemer volleyed her sixth goal of the season after junior defender Katie Watt crossed in a ball that was headed across the 6-yard line by Potter. Both were credited with an assist.

The sellout crowd of 1,008 at Interbay Stadium, just 90 minutes south of Western’s campus in Bellingham, was absolutely rocking for the home team.

But West Chester quickly responded with a crowd-silencing equalizer in the 25th minute. 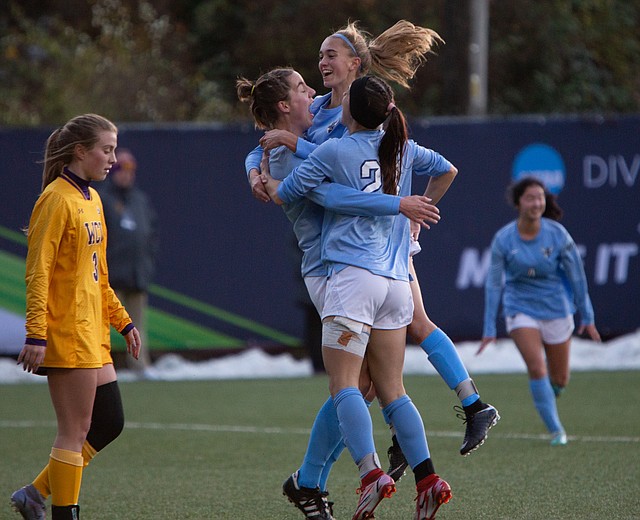 “This wasn’t the first time that we’ve been down in our season,” Kergides said. “We talked about [it] before the game, if we go down, we know it’s going to be OK because we know how to bounce back.”

WCU showed much more tenacity after quieting the crowd, and the second half closed with a 1-1 tie, despite WWU's advantage in shots and possession.

“Once we got the tie, we knew we just had to fight and keep fighting,” Kergides said. “I’m really proud of us for fighting all the way to the end and leaving it all out on the field.”

The Vikings came out in the second half with an all-out offensive attack, registering 15 second-half shots while not allowing a single shot from WCU. It took the final, 25th shot from Potter to put the Vikings ahead, and they held on for the 2-1 victory. 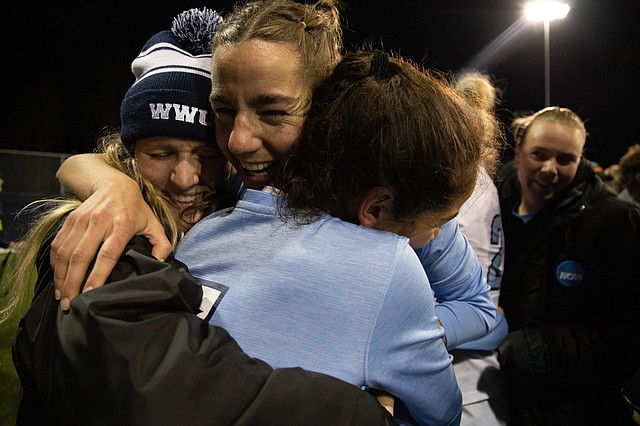 “My goal in that moment was just to create another chance,” Potter said. “I sprinted after it and tried to chip the keeper — whether somebody else was going to get on the other end of it or not — and it ended up in the back of the net.”

The win comes as vindication for WWU, which was ousted in the 2019 national championship match during a 1-0 overtime loss to Grand Valley State.

In his 20th season at Western, Connell has coached plenty of talented teams. Since Connell’s tenure began, the Vikings have appeared in 12 NCAA Tournaments, five Final Four appearances, three Finals appearances and now have captured the program’s second national championship trophy — with the first title coming in 2016.

“We had an incredible blend of experienced returners that laid the foundation, created space and encouraged the new players and the less experienced players to grow into what they could be,” Connell said. “Then we had hungry new players that just went after it. I would say confidently that this team improved more over the last four months than any team that I've coached before.”

Seniors Katie Watt, Tera Ziemer and Claire Henninger were named to the All-Tournament team — the best-performing 11 players from the Final Four — and junior forward Estera Levinte was named the tournament’s Most Outstanding Player.

Entering the NCAA Tournament as the No. 2-seed in the West Region, Western outscored its five opponents 9-3 while enjoying home-field advantage throughout the run.