The Iowa & King baristas behind the union efforts 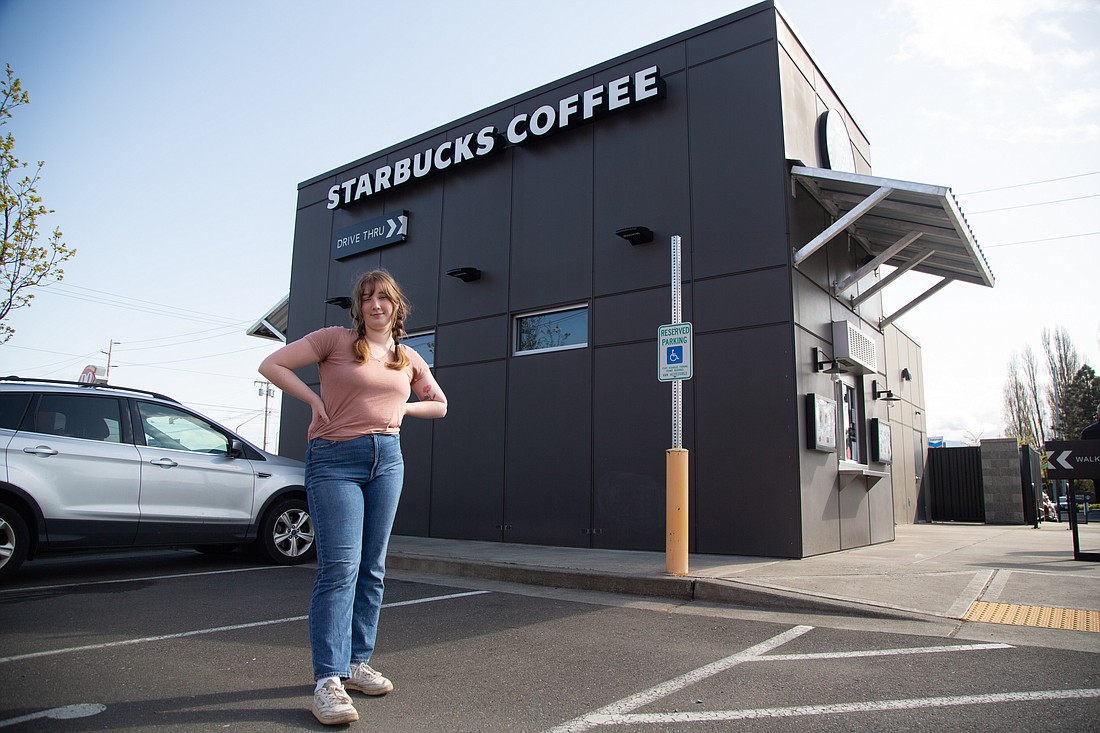 Barista Shannon Butler stands outside the Starbucks on Iowa and King streets where she and other baristas are unionizing. (Hailey Hoffman/Cascadia Daily News)
By JULIA LERNER
Staff Reporter

Over the last decade, Daniel Thompson has worked at various Starbucks locations along the West Coast, but has called the drive-thru coffee shop on Iowa and King home for about four years.

After watching the company he loves change throughout his 9.5-year tenure, he’s ready for a seat at the table. Rising expectations, high turnover rates and cuts to hours mean baristas and shift supervisors, like Thompson, are dealing with more pressure and less support. Some of the employees are trying to change that, announcing plans to unionize last week.

“The things that we went through from the pandemic have been a catalyst for all this,” Thompson said. “The culture and sense of community is still there, but the expectations of us have changed exponentially.” 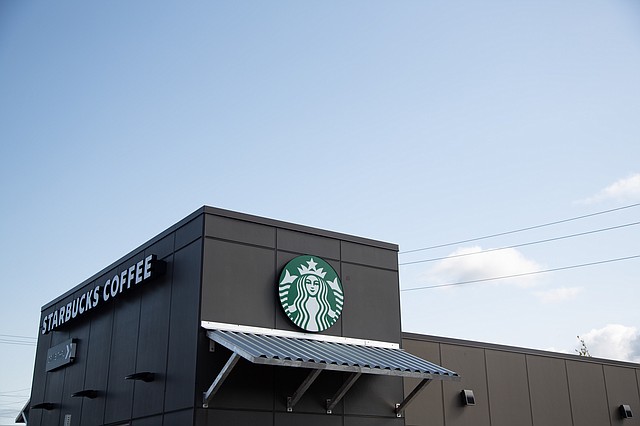 Of the 30 or so employees at the Iowa and King location, 11 signed the letter announcing the unionization efforts.  (Hailey Hoffman/Cascadia Daily News)

Throughout the pandemic, employees said they were expected to produce time-consuming and complicated drink recipes with fewer staff while demand exploded. Starbucks corporate expanded delivery to the Iowa and King store, too, which increased work significantly.

“When you’re stretched thin, there’s only so much you can do,” Thompson said. “You can sense them trying to squeeze a little more out of us. We’re all hard workers, but we don’t want to be leaving every single shift feeling exhausted and downbeaten.”

Of the 30 or so employees at the Iowa and King location, 11 signed the letter announcing the unionization efforts.

One of the 11 signatories is Shannon Butler, a Western Washington University student and a barista at the Iowa and King location.

While many Bellingham residents have stopped by to offer support to the employees, Butler says the Seattle-based company has been less than enthusiastic about the efforts.

“They’re asking us to vote no, because they believe that the problems that we’ve brought up would be best solved with a direct connection instead of a union,” she said. “From our experience, we have expressed a lot of our concerns … but no changes are made.”

In the past, Starbucks has been accused of union-busting tactics at other stores, firing organizers and cutting barista hours at unionizing locations. Several locations have already filed complaints against the company with the National Labor Relations Board (NLRB), the federal government’s agency responsible for enforcing U.S. labor law and overseeing union elections.

Sarah Albanesi, a spokesperson for the Starbucks Corporation, maintains the company was not participating in union busting, but rather enforcing existing policy.

Employees' interest in a union “doesn’t exclude them from following the policies and standards that we have always held one another to,” she said. “We have been consistent in continuing to enforce those policies and will continue to do so.”

Albanesi says the corporation is prepared to follow NLRB protocols as the store explores unionization. The company filed several complaints of its own with the board on Wednesday and Thursday, claiming union organizers engaged in “coercion” and unlawful picketing at stores across the country.

The next step, Albanesi says, is for management to “engage” with employees at the location.

“Local leaders will answer any questions [employees] may have, and make sure they understand what this decision would mean for them,” she said.

Thompson said a district manager has already visited the Iowa and King store, but the manager didn't mention the union efforts, which employees announced April 15.

Employees still have a lot of work to do before they can have an election, but in the meantime, the company’s interim CEO, Howard Schultz, is encouraging stores around the country to move forward without unions.

Throughout several meet-and-greets, introductory meetings and Q&A sessions in April, Schultz has been critical of unionization efforts, calling them a source of “conflict, division and dissension” in stores.

“It’s a bit disappointing to hear the things [Schultz] says,” Butler said. “We don’t view unions that way. We view it as advocacy for ourselves.”

Butler has been a barista at the Iowa and King location for nine months, and says it's hard to feel supported when employees are treated like they're “replaceable.”

At another meet-and-greet, Schultz asked a barista “If you hate Starbucks so much, why don’t you go somewhere else?”

Thompson hopes Schultz’s anti-union stance will push more of the employees into unionization.

“Schultz is making it an ‘us versus them,’ but it’s an ‘all of us together’ kind of thing,” he said. “We’ve been asking for all of these changes, and they’ve been dragging their feet on getting them done.”

Thompson says his team is looking for better hours and shift conditions, among other things.

Even the term “partner,” the word the company uses instead of “employees,” is a source of frustration for the staff, who feel like they don’t have a voice.

“It’s hard to feel like a partner when we are not listened to,” she said. “We don’t feel like we’re truly heard and our concerns don’t go anywhere.”

Thompson has worked at a couple of Starbucks locations around the district, which includes about a dozen stores across Bellingham, Lynden, Ferndale and Blaine. There have always been “murmurs” about unionization at Starbucks, he said, but nothing substantial until a Buffalo, New York store launched its union process last year.

Of the 9,000 Starbucks-owned stores operating in the U.S., only about 300 have filed for unionization, and even fewer have successfully voted to join a union, but more are joining the movement every day.

On March 22, a Seattle Starbucks became the first store in the state to successfully unionize with a unanimous vote, and other stores around the country, including Starbucks' flagship Roastery, have followed.