Courage on the court 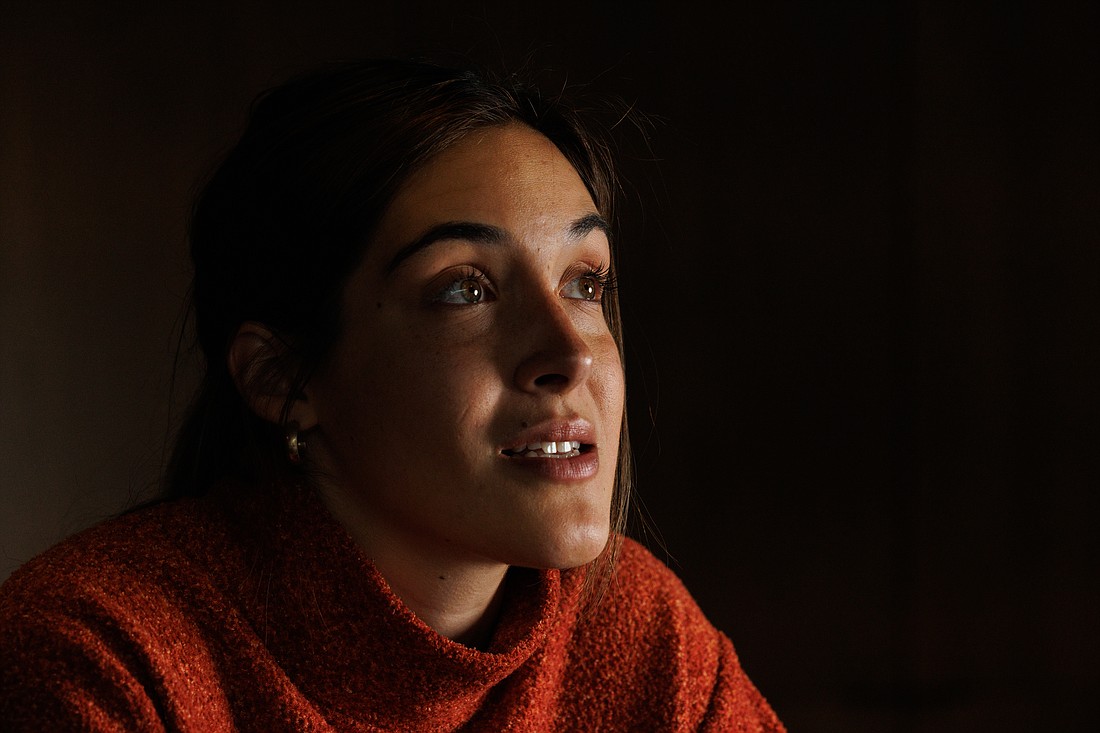 During her time at Western Washington University, the women’s basketball team has given senior Gracie Castaneda great opportunities for success on the court, but it’s also given her the courage to speak out.

For about seven years during her childhood, Castaneda was sexually abused by her former stepfather.

“My mom married this man when I was around 4 years old and he came into the house at that age,” Castaneda said. “Things started progressively getting worse and worse throughout elementary school. He sexually abused me and he raped me.”

The abuse went on until her mother and the man divorced around the time Castaneda was entering middle school.

At that point, Castaneda was looking for any escape from home. She turned to sports.

Through middle school and high school, she spent her time on a field or court as much as possible. Castaneda was on the varsity cross country, basketball and track teams at Arlington High School from 2012 to 2016.

“It was just really hard for me to enjoy being home, and that’s when sports started to consume my life,” she said.

During that time, Castaneda said she pushed away her past abuse, opting to ignore it and hoping it would go away.

Castaneda said she wasn't comfortable fully opening up about her past until her second year in the women’s basketball program at Western.

At a team bonding event in 2017, all the players were asked to fill out a questionnaire that asked them to describe the best and hardest times of their lives.

Castaneda saw the opportunity and decided to start by telling Western head coach Carmen Dolfo about her past.

“Leading up to that moment, I’ve always had this inner feeling to tell someone what happened to me when I was a little girl,” Castaneda said. “The opportunity came when I could tell my coach, Carmen. I went to her and right away it was like, ‘OK, let’s get you into counseling. How can we get this going for you? How can you get better?’”

Castaneda got into counseling that fall with Claudia Ackerman of Domestic Violence and Sexual Assualt Services of Whatcom County.

Through counseling, Castaneda said she was finally able to start processing what happened to her when she was younger.

“Having to grow up with that at that young of an age, it wasn’t even possible for me to process everything that was happening because I was so scared and insecure,” she said. “As a child in elementary school, you’re not able to fully process or understand what’s happening to you.”

In May 2018, Castaneda decided to report what had happened to the police in Snohomish County.

Before she filed a police report, Castaneda had to tell her mother about the past abuse for the first time.

At the time, she and her mother weren’t close, so Castaneda said her mother knew something was wrong when she asked her to come up to Bellingham and hang out with her for a day.

“I didn’t even have to say the words and she started crying,” Castaneda said.

After reporting her past abuse to the police, a trial was held fall 2019.

“I was going to have to be in a room with him and talk about the things he did to me while he’s sitting right there and listening to everything,” she said. “Not only that, but his defense attorney is going to come at me and make me feel like I’m the one that’s wrong. The process of going through that trial felt like I had run a marathon.”

The trial ended with a hung jury. Castaneda said hearing that was devastating, but she had no intention of living with that decision.

“I was like, ‘I’m doing this again and I’m going to keep doing it until he’s put away no matter how many times it takes,’” she said. 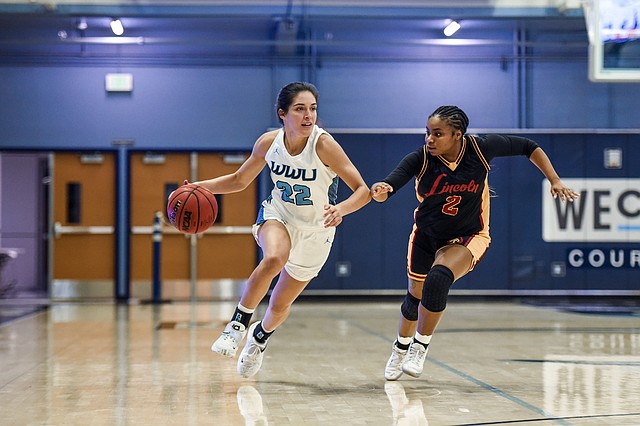 Gracie Castaneda was a returning sixth-year senior on the Western women’s basketball team for the 2021-22 season. (Photo courtesy of WWU Athletics)

The case went back to a second trial but became a prolonged process with the pandemic settling in. Hearing after hearing was pushed back. Castaneda said the preparation, then delay, was emotional in itself.

The second trial took place fall 2021 and ended with Castaneda’s abuser receiving a sentence of 25-years-to-life.

“I feel great it’s all over, but also sending someone to prison for 25-plus years doesn’t feel good,” Castaneda said. “It’s this really hard balance because he did these awful things to me and deserves what he’s getting, but also, I’m taking the rest of his life away, potentially. It’s hard for me to feel positive about that, but also, that’s what was supposed to happen.”

Thinking back on both of the trials, Castaneda said the support she received from her team was amazing, especially from Dolfo, who took the stand for her as a witness.

“They came into the courtroom every single time,” Castaneda said. “My teammates came and listened to me for hours and hours two or three days straight pouring my heart out in this room full of strangers and the man who was doing these things to me.”

When Castaneda committed to play basketball at Western six years ago, she never thought it would mean opening up about her past abuse.

She said she wouldn’t be where she is today without Dolfo, her teammates, assistant coach Stacey Turrell and her partner.

The early stages of sharing her past were the most difficult, Castaneda said, but by sharing her own experience, she hopes she can inspire others to find the courage she was able to.

“It may feel very lonely and scary at times, but no one is alone in this,” Castaneda said. “It’s really important that we support each other as we heal, no matter what that process might look like.”