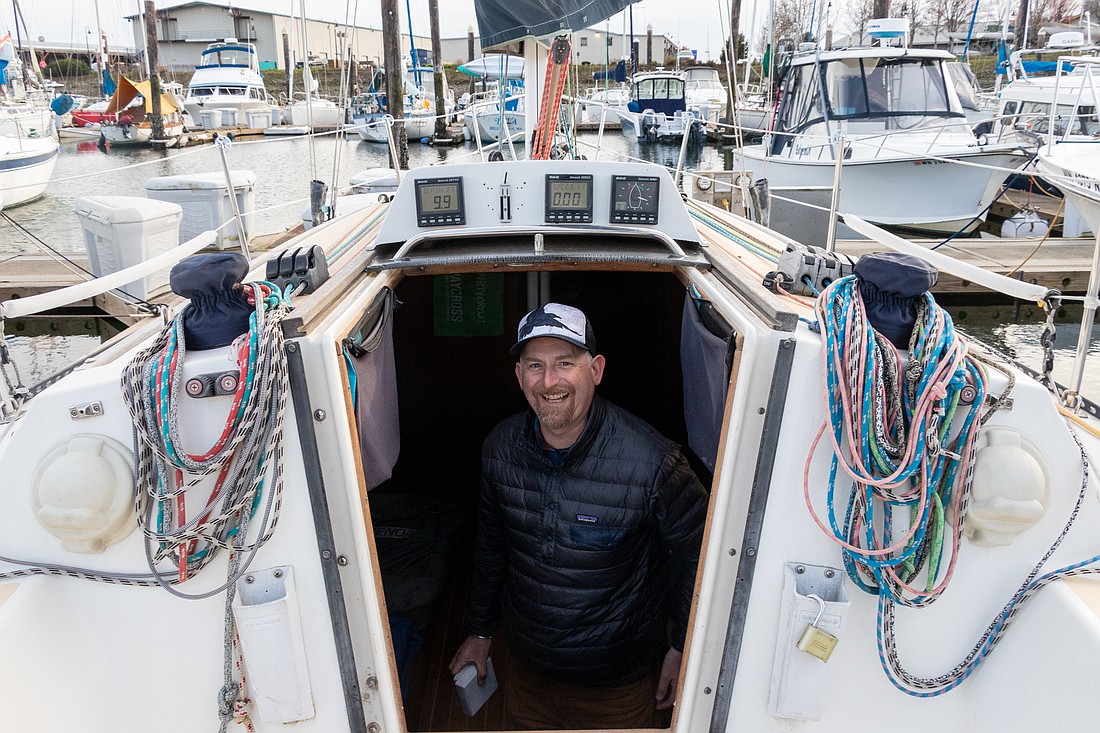 Dave Klingbiel stands in the cockpit of his sailboat "Rubicon" on April 9. He will race in the Corinthian Yacht Club's first race of the season. (Kyle Tubbs/Cascadia Daily News)
By KYLE TUBBS
Staff Reporter

The club likes to take a laid-back approach to its sailing even when it gets a little competitive. “We sail friendly” is the mantra of the Corinthian Yacht Club (CYC).

“They’re historically called beer can races,” said Sean Jones, CYC Racing chairman. “It’s basically for bragging rights and the ability to have a drink afterward and tell stories about what you did right and wrong in the race.”

CYC hosts sailing races every Thursday evening at 6 p.m. starting April 14 and will continue until late September. The races have all different kinds of sailboats with crews of varying experience levels. The races start in three separate divisions, starting with the first two fastest and usually the most serious divisions of racers followed by the third division that is full of the more casual participants. 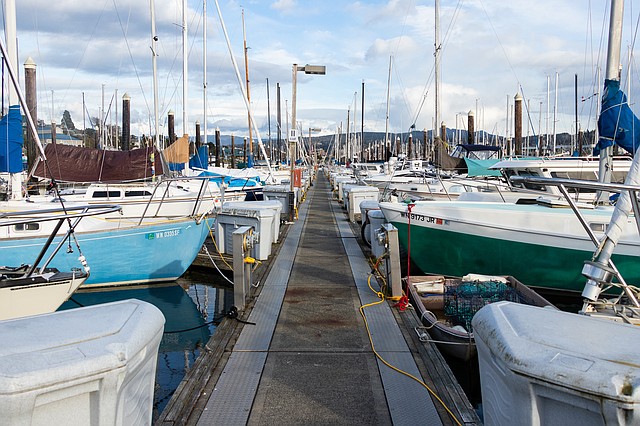 Boats fill the slips at Squalicum Harbor on April 9. Every Thursday until September, many of the boats will rush into Bellingham Bay to race with the Corinthian Yacht Club. (Kyle Tubbs/Cascadia Daily News)

Sailboats of all sizes may participate individually and will be split up based on their size. Midsize sailboats may have a crew of seven or eight but crew size will vary depending on the size of the boat.

The only prize after each race is kudos from fellow sailors.

“We’ve got a couple of crew members that started sailing with us with very little sailing experience at all and have sailed with us for a number of years,” said Dave Klingbiel, owner and skipper of the sailboat “Rubicon.”

Rubicon is in the second racing division and Klingbiel said he and his crew tend to take the racing more seriously but ultimately are in it for the fun of sailing.

“It’s pretty gratifying when the whole crew is working together well and it's hard to describe. It’s almost like a dance when we’re going around a mark,” Klingbiel said.

However, they do a lot more than just racing. The club hosts events called “cruises” where members will pick a destination and plan to sail with other club members. These trips consist of barbecuing, hiking, animal watching or visiting a local island. The club also volunteers to help repair and clean up local island parks and lighthouses.

“We've built fences, we've built stairs, we've just cleaned up, we’ve painted stuff. Just general volunteer and clean up. But it's part of what we do,” Jones said.

The club suspended many of its community meetings and potlucks at the beginning of the pandemic but has recently begun hosting events in person again. The club is always looking for new members to get involved, especially with races. 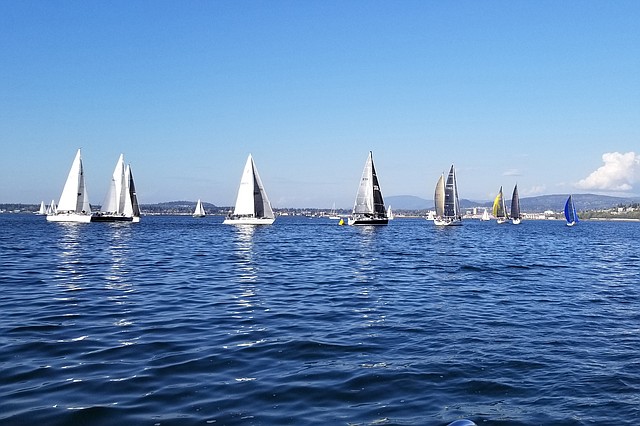 Boats race on Bellingham Bay in April 2021. Through the pandemic, the club suspended its in-person meetings and potlucks but kept racing. (Photo courtesy Sean Jones, Corinthian Yacht Club)
Have a news tip? Email newstips@cascadiadaily.com or Call/Text 360-922-3092
Tweets by CascadiaDaily