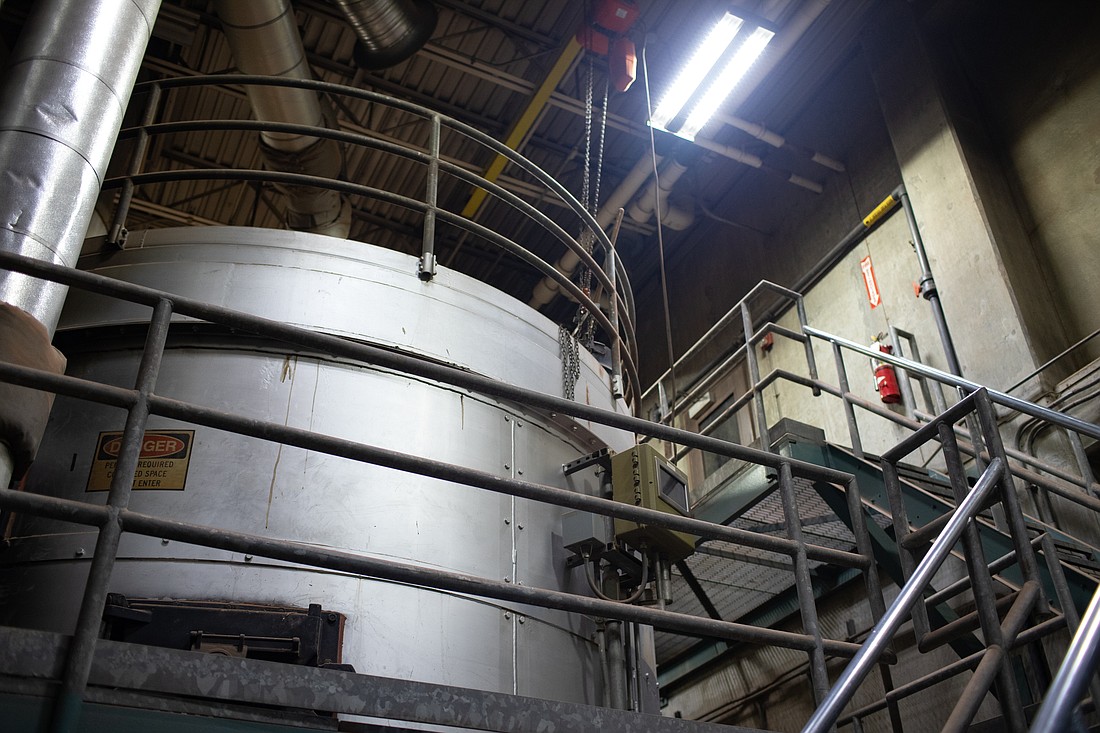 Instead, the city will complete repairs to the existing incinerator system at the wastewater facility.

The vote, which reverses the 2017 decision to pursue a complete overhaul of the system, came after Mayor Seth Fleetwood asked the council to switch directions on the project in late August.

“I’m proposing to stop current efforts on the Resource Recovery Project, aka The Digesters, and to refocus our efforts on repair and rehabilitation projects to the existing incinerators and solids handling system,” Fleetwood wrote in his staff report to council members Sept. 12. These proposed repairs will “preserve our utility rate affordability; address nutrient reduction in Salish Sea; [and] direct our focus on community-wide climate mitigation programs, with greater carbon reduction at lower costs.”

Fleetwood requested the project change due to rising costs and environmental concerns. The estimated price tag, updated earlier this year, would cost the city more than $1 billion.

“I was growing increasingly uncomfortable, not just over the last few months, but over the last few years about the estimated costs,” council member Michael Lilliquist said. “It’s clear that that same concern ... was one of the main things in the mayor’s decision.”

Lilliquist made three motions during the meeting: first, to concur with Fleetwood’s request to stop anaerobic digestion projects at Post Point; second, to update and amend existing policies related to the project, including the city’s Climate Action Plan; and third, to request the administration actively pursue and develop work plans investigating the future of the facility.

In addition to completing major repairs at the existing facility, city employees will conduct research and surveys regarding emerging wastewater management technology, including gasification and pyrolysis.

Environmental groups like RE Sources, a local nonprofit, have called for the city to make “future-facing” decisions regarding the plant.

“Instead of relying solely on Band-Aid solutions in patching the incinerators (which does not further our City’s greenhouse reduction goals), we urge the City to consider all available options, including thermal processes,” RE Sources wrote. The group also encouraged residents to send emails and letters to council members, urging them to consider “proven, modern thermal treatment technology like gasification.”

Lilliquist said his third motion was a direct response to letters calling for the change, but indicated thermal treatment technologies were still emerging tech, not proven.

“I think that’s misleading,” he said. “There are a very small number of pilot projects or projects that are using those technologies in the context of municipal waste solid treatment ... The point is not gasification and pyrolysis; the point is the difficulty of applying that to tons and tons of mixed municipal waste every day.”

Repairing the existing facilities will be significantly cheaper than the anaerobic digestion project, known as the Resource Recovery Project. The RRP aspect of Post Point construction was slated to cost more than $400 million, about half of anticipated project costs. Maintenance repairs and inflation will cost an estimated $150 million.

“There are two line items ... one is $100 million for investments into the solid system,” Public Works Director Eric Johnston said. “That’s our best guess at this point in time. There’s another $50 million number that is set aside as a ‘future unknown.’”

Fleetwood stressed that the proposal to repair the incinerators was not closing the door on future development, and applauded the Post Point facility for its ongoing success.

In 2021, the Washington State Department of Ecology awarded the facility an outstanding performance award, which Fleetwood showed city council members during Monday’s meeting.