A singer-songwriter with staying power 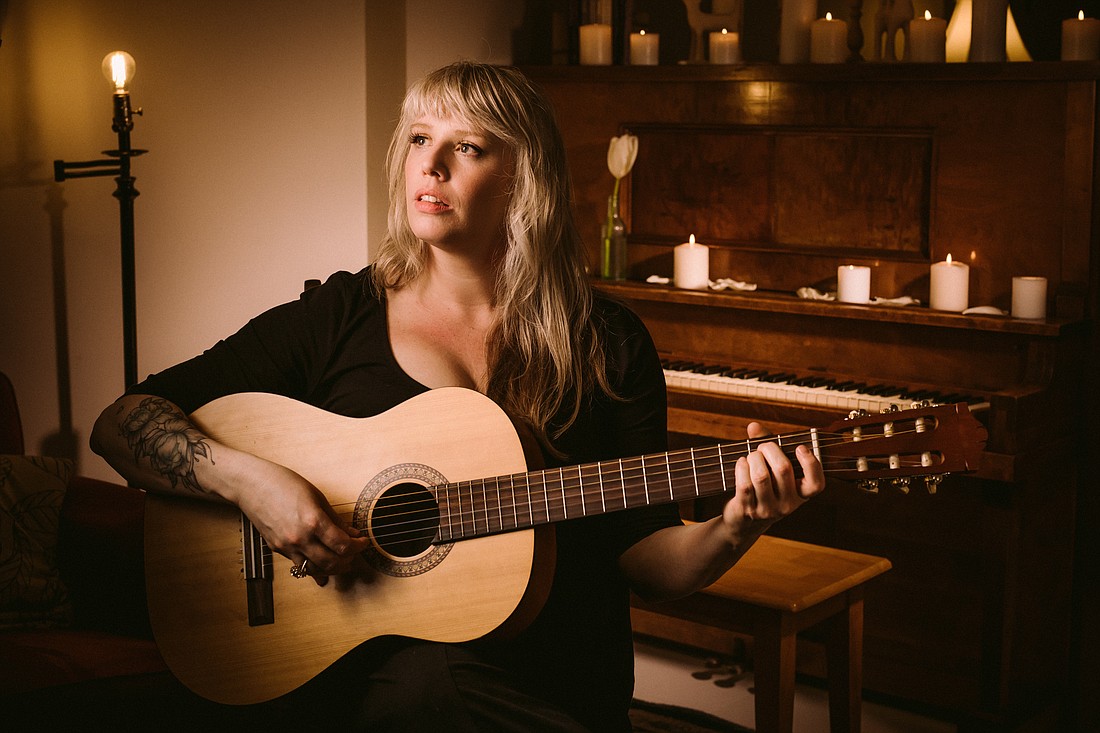 Sarah Goodin has been making music in Bellingham since the early 2000s, when she started performing at the now-defunct Stuart's Coffee House. The talented singer-songwriter and guitarist will be releasing her new album, "Why I’m Like This," Saturday, Oct. 22 with a solo show at Honey Moon. (Photo courtesy of Kim Lincoln)

Sarah Goodin is getting ready to release her wonderful new album, “Why I’m Like This.” The talented musician has been a presence on the local scene for almost 20 years now, and the album draws on a wide range of experiences and influences. She’ll be celebrating its release Saturday, Oct. 22, with a solo show at Honey Moon.

Goodin’s performing career started at the much-missed Stuart’s Coffee House, back in the early 2000s. Before she even started playing guitar she would get up and perform solo a capella, something that takes an unusual degree of bravery. She eventually got an acoustic guitar and learned how to play it, and made a big musical breakthrough when she added electric guitar to her skill set. That helped Goodin stand out among a crowded field of acoustic singer-songwriters, and eventually enabled her to form a band.

Her first EP, “Sleep,” came out in 2012, and she started the band Sarah in the Wild not long after, with Cade Capp, Dave Batdorf and Jake Werrion.

Since that EP was her last major recording project, the assortment of songs on the forthcoming album has had an unusually long time to develop. The songs are all built with Goodin’s powerful voice in the foreground, accompanied by a mixture of her assorted guitars and keyboards, and then filled out with drums by Michael Bajuk, accordion and dobro by Michael Connelly, and bass and guitar by producer Bill Simpkins of Alpenglow Studios.

“Icarus” combines delicate acoustic fingerpicking with ominous waves of electric guitar and steady drums, creating an atmosphere of mixed dread and beauty that seems appropriate to its mythological inspiration. “Something Sweet” is more straightforwardly beautiful, with a stately, hymn-like melody accompanied by swells of organ. The title track, “Why I’m Like This,” is bluesier, with layers of harmony stacked over rolling drums and a simple minor chord progression.

As the title might indicate, Goodin sees songwriting as a method for self-exploration, describing its role in her life as “therapy before I could afford therapy” — a sentiment a lot of musicians I know can probably relate to.

You can check out Goodin’s earlier EP online, but the new album will not be released until the night of the show. You can follow her on Bandcamp to get notified when that happens. She’s looking forward to the possibility of some full-band shows in the future, so keep an eye out for that.

In other local music news, Willdabeast just dropped a cool new track entitled “Brain Drain” that you can stream. The band is promising lots more new music coming soon, expanding on its signature blend of electronic music with live horns.