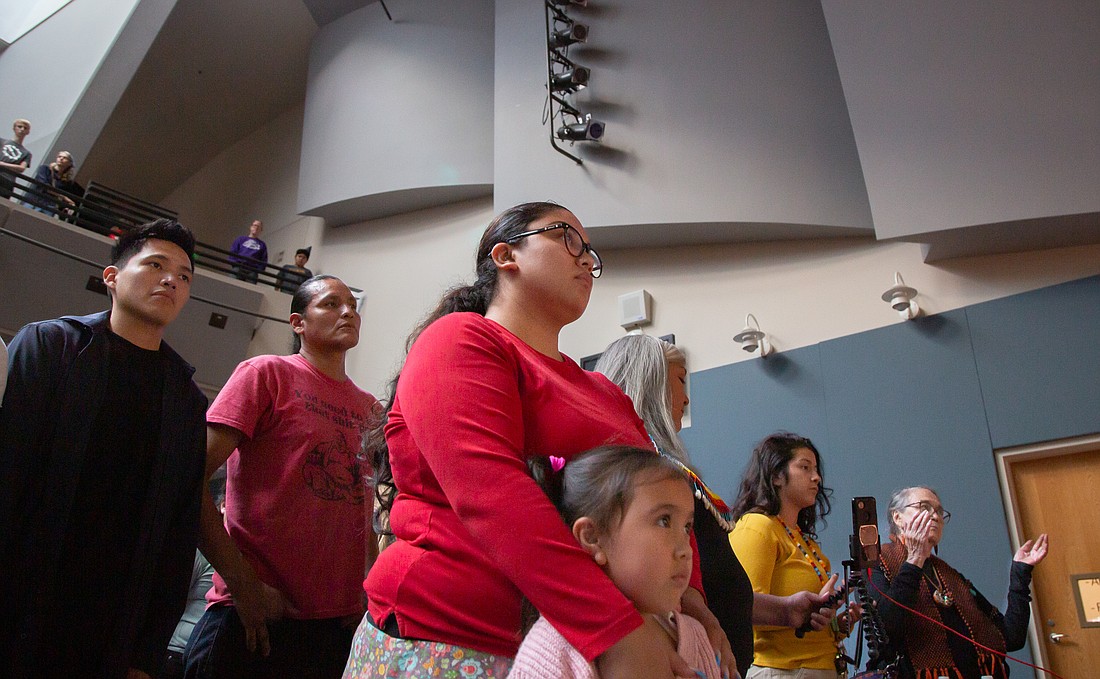 Extra chairs were brought in to accommodate the crowds of people and those who got there in time received a free traditional Coast Salish salmon dinner. 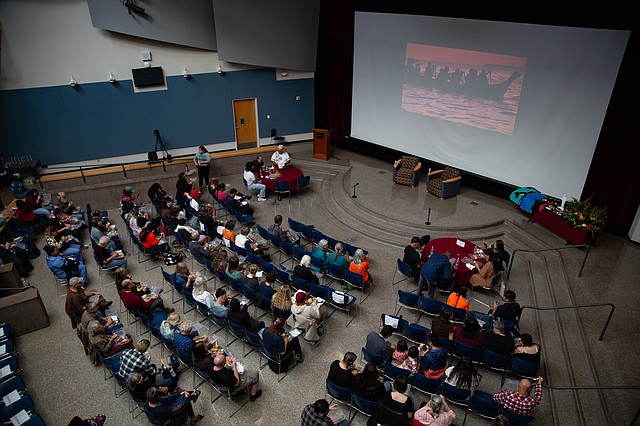 Dozens eat a traditional salmon dinner while watching films created by the Children of the Setting Sun in the Syre Auditorium at the start of the event. Later, every chair was filled and more were brought in to accommodate the hundreds in attendance. (Hailey Hoffman/Cascadia Daily News)

Beginning at 5 p.m., speakers from the Lummi Nation talked about the importance of gathering to celebrate each other, the goals of the event and the history of Indigenous Peoples' Day, which was declared a national holiday by President Joe Biden in October 2021 in place of Columbus Day. Lummi speakers said they wanted the event to educate the audience about their way of life.

At 5:30 p.m. “Daughter of a Lost Bird” began, which focuses on producer and protagonist Kendra Mylnechuck Potter, a Lummi woman who was adopted by a white family as a baby. Director, producer and writer Brooke Pepion Swaney, who is a Blackfoot and Salish native, follows Potter as she searches for and reconnects with her birth mother and her cultural heritage.

The film takes place over nine years as Potter forms a relationship with her birth mother, is introduced to her tribe and extended family and attempts to become an official Lummi Nation member. Potter achieved her final goal after filming concluded. 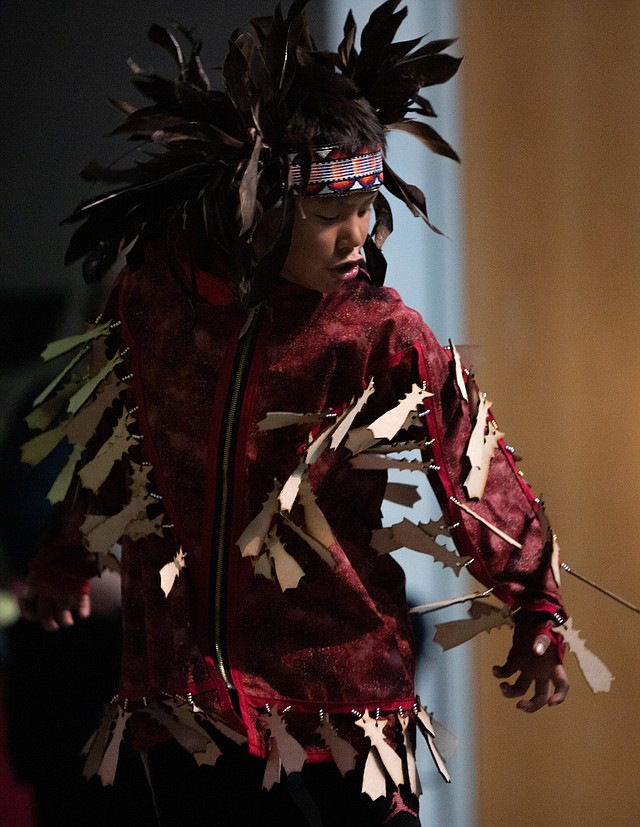 A member of the West Shore Canoe Family dances on stage to the beat of the drum. (Hailey Hoffman/Cascadia Daily News)

“It was hard to feel so many different ways at once and not come apart. That was pretty hard, but it also felt really good,” Potter said of creating the film.

The Indian Child Welfare Act is mentioned several times in the film. This act, signed into legislation in 1978, gave Native American families priority when Native children were in the foster system or up for adoption. Because Potter’s mother was also adopted away from her tribe, and Potter was not attached to a tribe, the Indian Child Welfare Act did not apply to her. 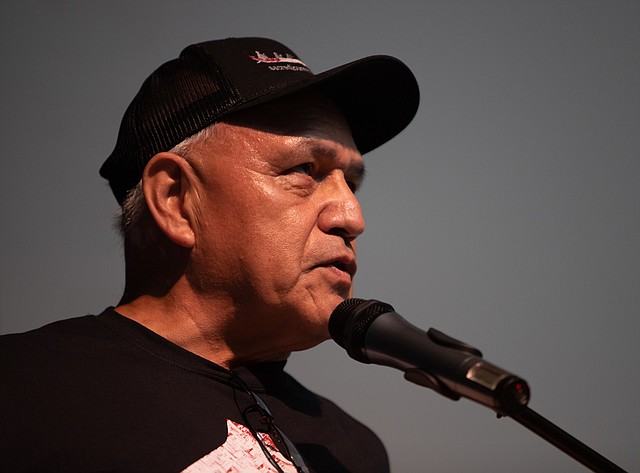 Darrell Hillaire, a member of the Lummi Nation and the executive director of Children of the Setting Sun Productions, speaks to a packed crowd about his family, the Lummi culture and its legacy. (Hailey Hoffman/Cascadia Daily News)

The documentary drew tears from some audience members.

“When you are able to move somebody emotionally, that’s a real power,” Swaney said.

After the screening, Potter and Swaney sat onstage to answer questions. Swaney told the audience the Indian Child Welfare Act is going to be challenged as unconstitutional by the Supreme Court, beginning Nov. 9.

“How do we get to truth when truth is being questioned … how do we get to reconciliation when we’re still fighting the same battle that happened 40 years ago?” Swaney asked.