A decade of bluegrass with the High Mountain String Band

Having fun and making music 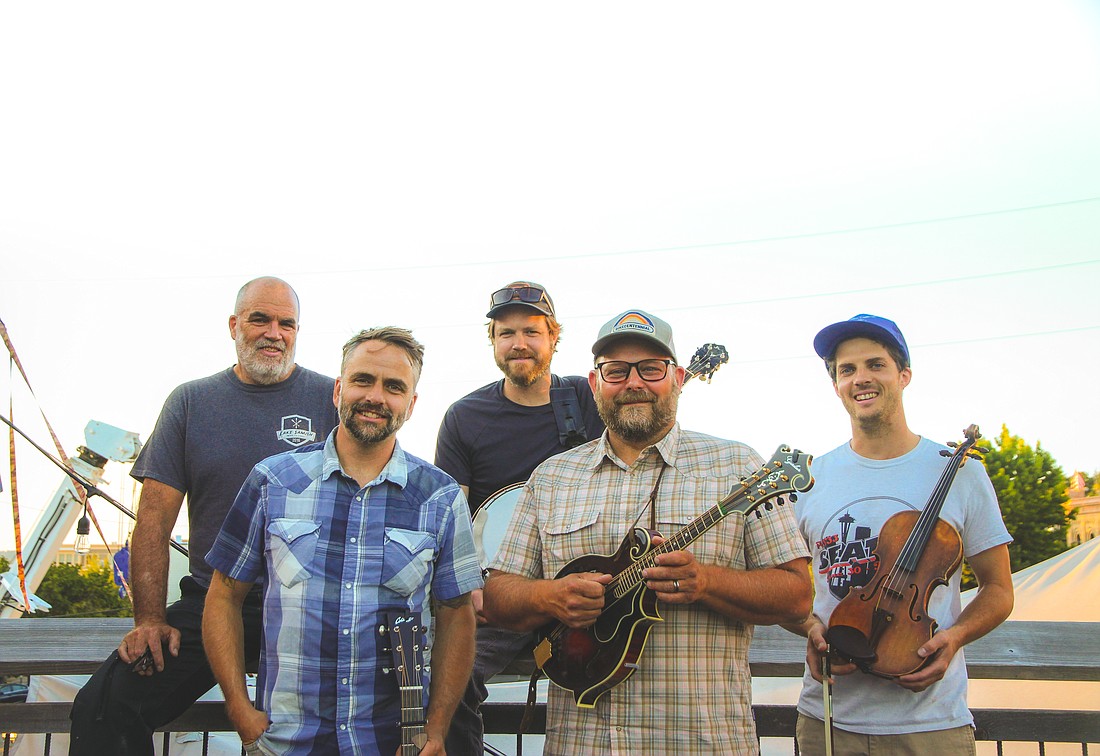 High Mountain String Band is a Bellingham-based progressive bluegrass band. The ensemble is celebrating its 10th anniversary Friday, Dec. 2 with a show at Stones Throw Brewery.

As anyone who’s ever played in a band knows, a decade is a long time to keep a band together! I checked in with band founder Kurt Gisclair to get a little bit of their history.

Gisclair started the band with guitarist Shayar Valandro, banjo player Ian McLelland and bassist John Daughtrey. From that lineup, only he and McLelland remain, now joined by guitarist and vocalist Andy Bunn, Michael Medler on bass, Kian Dye on fiddle, and Chris Norman on dobro. They play a mixture of traditional bluegrass standards, Bunn’s originals and the occasional unexpected cover.

Their style starts with the foundation established by Bill Monroe but also incorporates the progressive style of bluegrass associated with folks such as Bela Fleck or David Grisman. They use Stones Throw as their home base, typically playing there on the first Friday of every month (the brewery will have a beer brewed just for the occasion on Dec. 2). They also love to play bigger outdoor events. Gisclair mentioned the Stringband Jamboree, the Elizabeth Park summer concert series, and the Boundary Bay beer garden as other favorite spots.

Perhaps unusually for a group that’s been together so long, the High Mountain String Band has yet to make a studio recording. If you want to get a sense of their sound you can check out a series of live videos they have posted to their website. As far as the secret to their longevity, Gisclair mentioned three rules they try to always abide by: Everyone in the band has an equal voice in all decisions, any member can veto any song suggestion, and most importantly, everything they do has to be fun. That’s all outstanding advice for newer bands out there.

In other news, the Shakedown just announced a massive series of metal shows for December. Called “7 Nights of Metal,” one pass gets you into all seven events. I’ll have lots more details on this next week.

Local guitar hero Miles Harris has, like so many others before him, made the move to Seattle. He’ll be touring all over the place soon but has an evening show up here Friday, Dec. 2, at WinkWink with his sister Ebony.

The Downtown Busking Program is back for one last round this year, and it’s a big one. Friday night on the streets of downtown look for blues and folk on banjo and fiddle from Ben Hunter and Joe Seamons, beautiful Celtic tunes from the gathering known as the Goods Gals, and poetry from Robert Lashley and Rena Priest. You can check Bellingham First Friday Busking on Facebook for the locations, or just wander downtown until you hear something intriguing.