Morhaf Al Achkar is an 'oud' man out 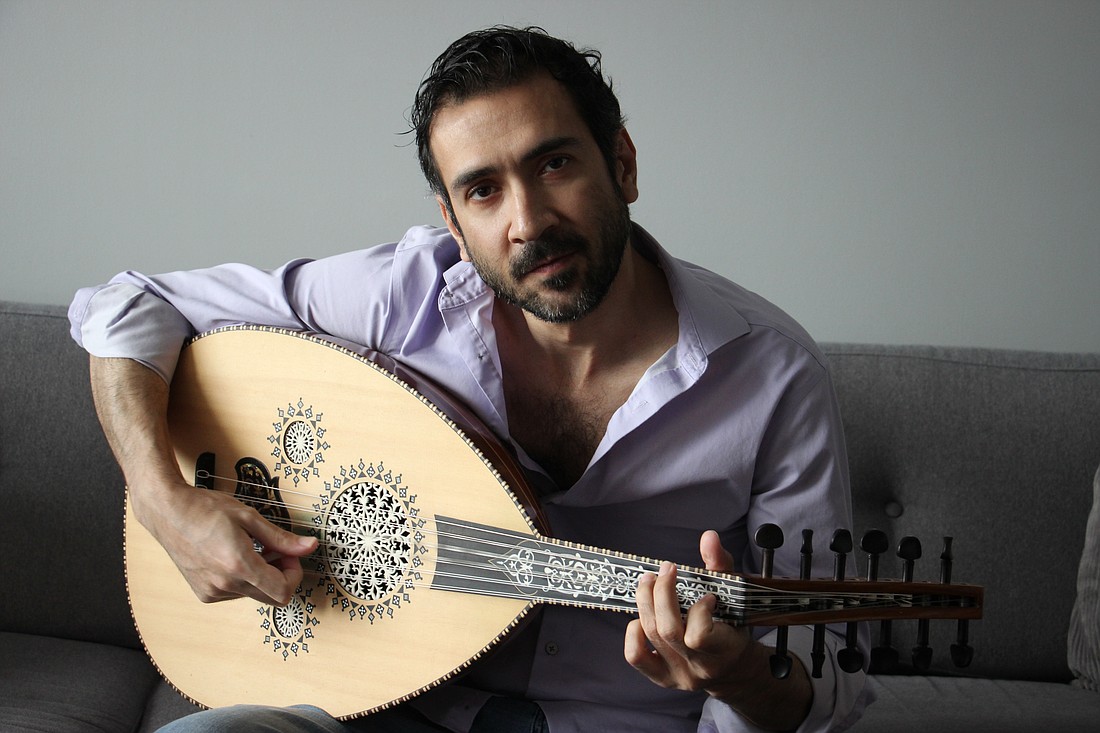 Originally from Syria, Morhaf Al Achkar now lives in Seattle, where the oud player is also a doctor, professor and author. His music is based in the classical Arabic tradition, which typically includes a considerable amount of improvisation. See him at a solo show Friday, Nov. 25 at the Honey Moon. (Photo courtesy of David Beach)

A unique show is happening Friday, Nov. 25 which might be just the thing for your post-Thanksgiving entertainment. Oud player and singer Morhaf Al Achkar will be presenting an evening of his beautiful original compositions at the Honey Moon.

Originally from Syria, Al Achkar now lives in Seattle, where he’s also a doctor, professor and author. His music is based in the classical Arabic tradition, which typically includes a considerable amount of improvisation. Most of his recent album “Mabsoota” was written in a brief period following a moment of heartbreak, so the songs emphasize feelings of longing and melancholy.

In fact, Al Achkar wrote many of the songs with the idea of trying to win back his lover’s affection. That didn’t happen, but the burst of creativity was so strong he wanted to release them anyway, as a document of the experience.

The album features a broad range of instrumentation, even electric guitars and drums on some songs, but the show on Friday will be solo with his oud, a lute-type instrument. Some songs will feature dancing by Rachel Carter (aka Rachel Belly Dances), performing the dance style properly known as “raqs sharqi.”

Another surprising thing about Al Achkar is that he’s been living with stage IV lung cancer for several years. This has brought a sense of urgency to his music, as his uncertain health inspires him to take every opportunity to create and express himself while he has the chance. If you go to the show, you can anticipate a deeply emotional experience, even if you don’t understand the language of the songs.

The Lincoln Theatre has a pretty fantastic live music lineup for the next month, some of which you might want to get tickets for now. Highlights include Christmas in Hawaii with ukulele virtuoso Jake Shimabukuro on Monday, Dec. 12; Karla Bonoff and Livingston Taylor on Thursday, Dec. 22; and a party with local heroes Kuinka on New Year’s Eve.

I have some new releases to mention. The Harbor Day album I talked about a few weeks ago, “Ivy League,” is out now on all streaming services. Singer-songwriter duo Raveis Kole have a new single, “So Nice,” with a video on YouTube and plans for an album release in the spring. Also, a new band called Girls Know just released its first single, “Some Words,” a blast of guitar pop that somehow manages to be shimmery and gloomy at the same time.

Finally, if you spend as much time looking at music listings as I do, a funny inversion is happening Saturday, Nov. 26. The Shakedown has cover bands doing ’80s and ’90s rock, while the Main Street in Ferndale has a three-band bill of younger original indie bands. I’d like to commend everyone involved for taking some chances and mixing things up a bit.