From harmonies to humor 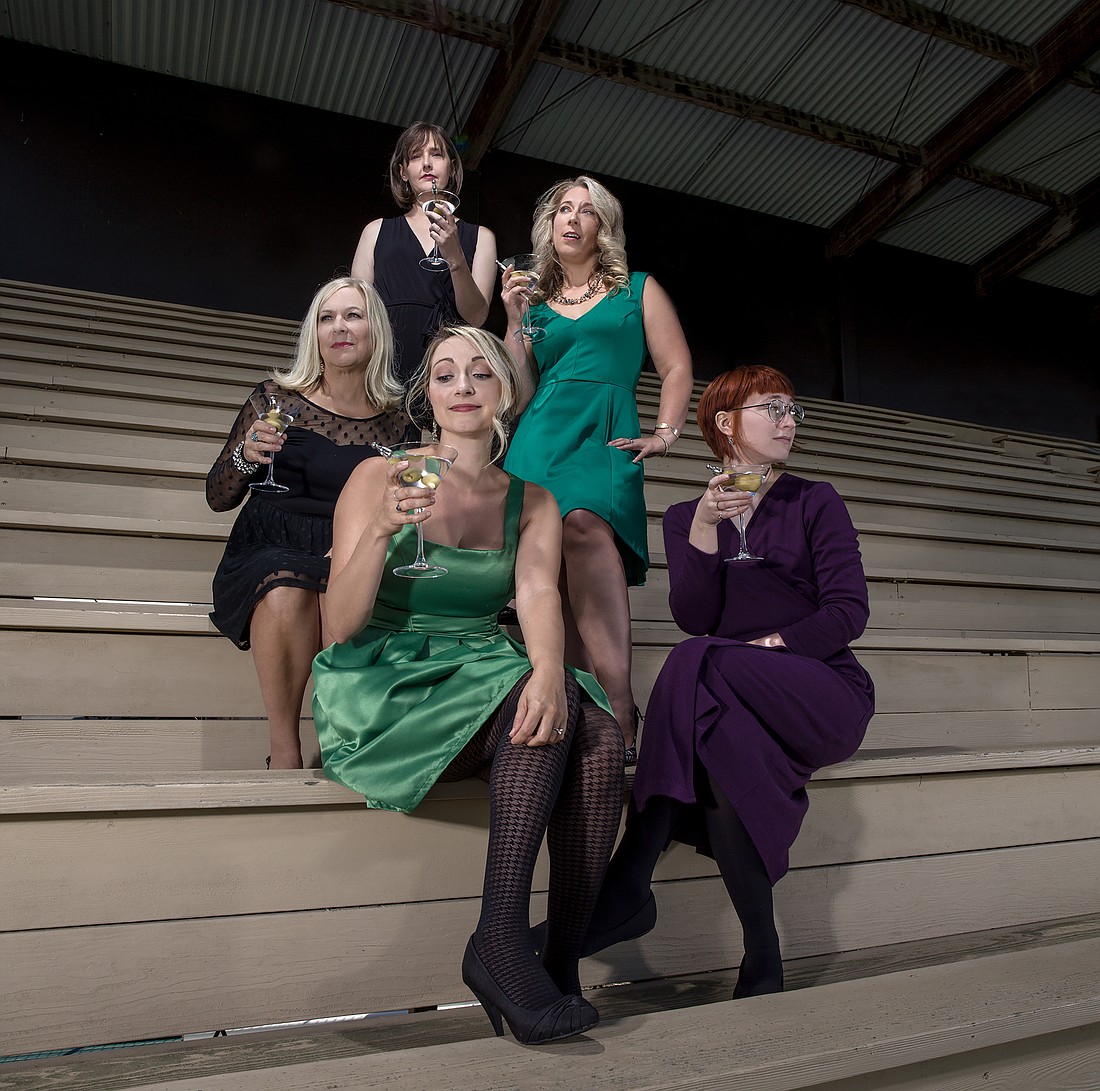 The Unknowns perform an unclassifiable blend of jazz, pop, blues and soul. They’ve got a show Saturday, Nov. 19 at the Blue Room, as well as some big projects in the works — including a summer tour in Europe. (Photo courtesy of Chris Moser)

The Unknowns are a five-piece group who perform an unclassifiable blend of jazz, pop, blues and soul. They’ve got a show Saturday, Nov. 19 at the Blue Room so I thought it would be a good time to check in with them. It turns out they’ve got some big projects in the works for next year.

The original core of the band was Kim Bowman, Allison Bowman and Caitie Bowell, who all met singing in a blues/Americana band. Realizing they had the makings of a special vocal blend, they struck out on their own and formed The Unknowns.

You can get a little taste of their sound from the songs they have out on streaming services, and their website (theunknowns.band), but that doesn’t account for the wide range of other people’s songs, which they put their own unique spin on. A lot of people in town might have heard them for the first time when they played a concert at Elizabeth Park last summer. They’ve also been one of the most aggressive local groups in terms of pursuing opportunities to play out of town, with a couple 10-day tours and shows at places like the Evergreen State Fair and the Anacortes Arts Festival already under their belt.

Next year, however, they’re taking that to a whole other level when they head to Europe for a summer tour. They’re already working on learning some songs in French, some of which they’ll be playing at the show on Saturday. If you go, expect tight harmonies, plenty of sass and humor, and a lot of connection with the audience. In addition to the tour, they are planning to head to Seattle to record an EP in the next few months, so that’s something to keep an eye out for next year!

Some venue news: Black Fern Coffee (in the old Granary building) is starting to host more music. There hasn’t really been a coffee shop doing live music in town for a while, so that’s neat to see. The Beach at Birch Bay has canceled its Wednesday night open mic and will just be having solo acts on Wednesdays while it makes some changes to its stage setup. Make.Shift is adding an all-ages open mic, scheduled for every second Saturday of the month.

Finally, Nov. 20 is your last chance to see the exhibit entitled “The Scene: A Journey Through Bellingham’s Musical Past” at Whatcom Museum's Old City Hall. It’s worth the trip.