Time to move on from time wars 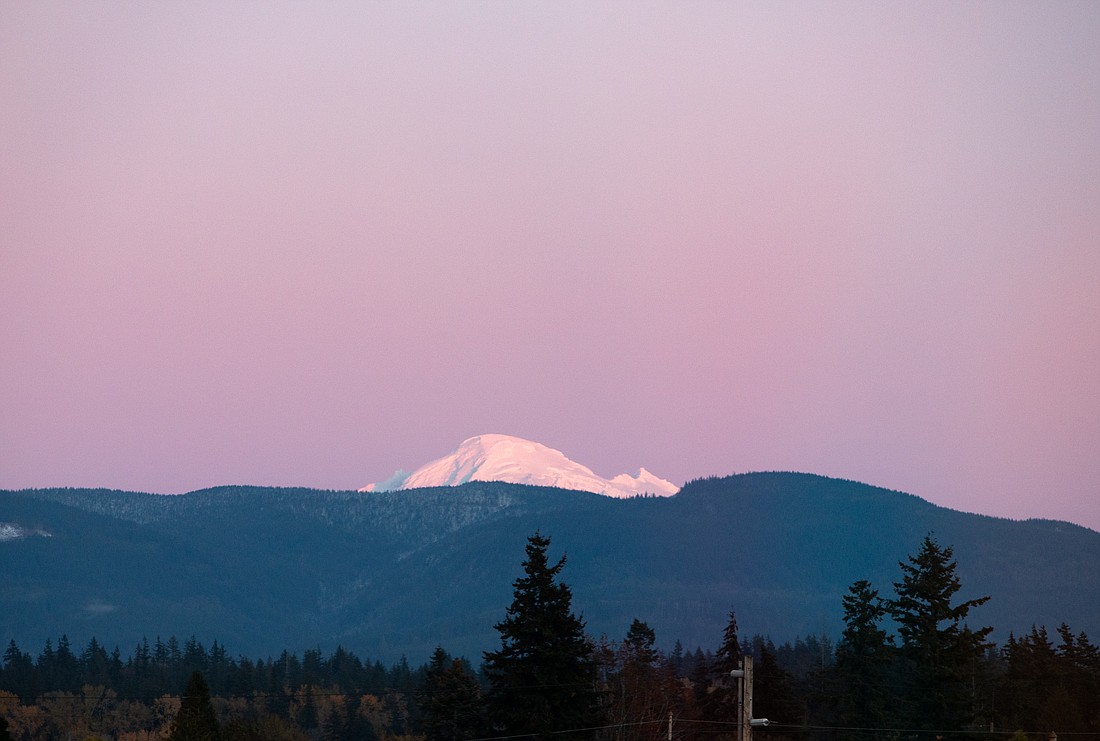 Sorry for that brainworm, any of you on the cusp between Boomer and Gen-Xer who remembers the days of Top 40 and the group Chicago.

But short answer: Yes. Oh yes, they do. Or at least are willing to tweet an opinion.

Most of us noticed — in a bad way, as in, “I just noticed that filling I never got fixed is now on the outskirts of Root Canal City” — that we’re back to getting dark perilously close to 4 o'clock in the afternoon again. It's what happens here at latitude 48 degrees north.

Don't even get us started about changing clocks.

One thing we all should know: The time change is idiotic, needless and locks people in the more extreme latitudes of the US of A into time schedules that are not practical in modern digital society.

The change needs to change. We have choices! We can’t control the amount of available sunlight, but we can — or at least should be able to — decide as a society where we place our daily time grid across that spectrum of visible light.

Except no, we can’t. Not in America, where the incessant spat over setting clocks might be considered Exhibit A in the story of American political dysfunction. We literally cannot even agree on what time it should be. Think about this next time you wonder why we can’t fix health care, the designated-hitter rule or global climate change.

We journalists have not been helpful. Over a newsroom career now entering its fourth decade, I’ve seen media folks trip over themselves on this issue to an embarrassing degree. And continue on this course.

The usual approach: During Annoying Clock Change week, dredge up a bunch of previously reported canards about why clocks changed in the first place, how much of the assigned “logic” over the same has been discredited as nonsense, and how political malaise and a lack of public consensus keeps the can being kicked down the road.

We’ve seen little sunlight (sorry) on this issue, until a few years ago, when some folks in the Washington state Legislature finally divined that, for most people in our climes, having more daylight at the end of a wintry day is a clear preference. Washington thus joined other western states in passing legislation to Stop the Switch and adhere to what we now consider Daylight Saving Time (the schedule we just switched from, back to standard time) year-round.

People can debate that choice all they want — preferably from the end stool at the bar in a cinder-block tavern in Granite Falls. The point is, that decision has been made by what passes as our representative legislative body, put to bed, and like just about everything else in public life in this country, awaits implementation by Congress, a wholly-owned subsidiary of Koch Enterprises and General Mills.

Yet media fixation on the schedule itself remains a popular activity in clickbait land. Publications as august and normally trustworthy as The Seattle Times, where yours truly was once long employed, keep picking at the scab with stories insisting Standard Time — the time schedule that leaves you in gotta-walk-the-dog-by-3-p.m.-or-grab-a-headlamp land — is more “healthy” for the human body, according to one or two egghead academics who have made circadian-rhythm careers over this, and who obviously have never worked a 9–5 job, nor had to pick up a kid at soccer.

To which I say two things: Harumph. And: Since when do we base public policy decisions on what’s most “healthy” for American bodies? By that standard, we would never have a double gin-and-tonic, stayed up late to watch “Bachelor in Paradise,” and certainly would have long ago outlawed Cool Ranch Doritos and other highly flammable food items.

Yet the critical decision about when we want available daylight, that ... that should be based on a strict public-health model? Spare me and pass the ranch dip.

Bottom line for time: As I reported in great depth some years ago, we in the northwest corner are the northernmost assemblage of semi-functioning Americans in the Lower 48 states. Check a map: We live north of the vast majority of Canadians and every single “northern” identifying person in New England.

For us, the time schedule matters. In border-straddling Sumas, winter days are as short as eight hours and 14 minutes; comparable daylight in Phoenix is 10 hours.

Given this, most of us seem to agree (start your iPad engines, contrarian writers of letters to the editor!) that we prefer to have more available, useful daylight hours at the end of the day, when we all have stuff to do, than in the beginning, when we’d rather pull the covers over our heads and just hide in denial.

(Saving some of you the trouble: YES, kids would have to go to school more often in the dark! Suck it up, kids. Get them headlamps, or, god forbid, adjust their schedules. Do we arrange all the rest of our lives over school start times?)

The point: Time scheduling is arbitrary, a societal choice. There are advantages and disadvantages to any system. But we as a people have already chosen one and want to get on with that, and get off the clock-changing carousel.

Perhaps whomever we the folks decide to send to Congress in the coming days can take this on as a great service to northern humanity, whether that be from a minority or majority seat on various committees.

The time to move on has passed.