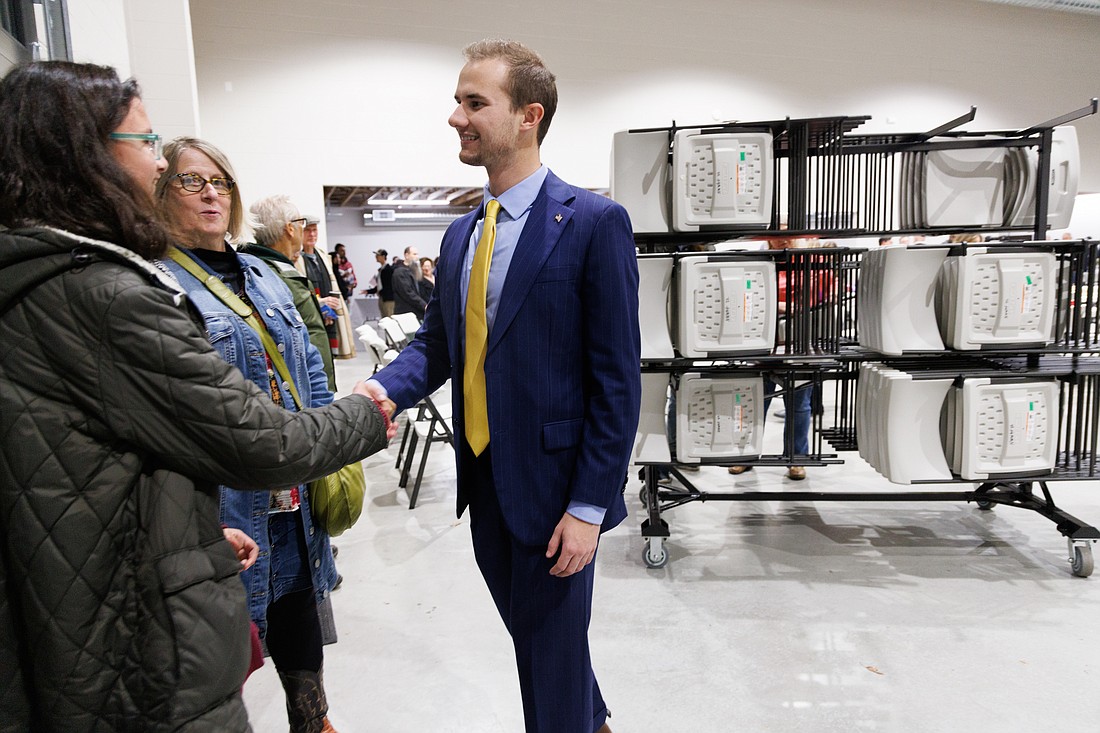 Rep. Sharon Shewmake's lead over Republican incumbent Simon Sefzik in the district's Senate race shrunk from 2.7 percentage points on Tuesday to 1.7 percentage points (949 votes) on Wednesday. The Auditor's Office estimates it has 23,200 ballots remaining to count countywide, with still more ballots coming in the mail over the next few days.

On Wednesday, Shewmake walked back the victory speech she had given at a Democratic gathering Tuesday night in downtown Bellingham.

Sefzik said that if late votes traditionally trend Democratic, then this year might be different.

"The conventional wisdom is a little bit different this year," he said. "There's a lot of Republicans ... with concerns about election integrity who waited until the final day to submit their ballots."

Statewide, Democrats were poised to gain at least two seats in the House as of Wednesday afternoon. If Shewmake does defeat Sefzik, it will be the one state Senate seat to flip — from Republican to Democrat.

Meanwhile, prospects improved for the Whatcom County Children’s Initiative, a property tax measure that would fund child care and education programs for children under 5. With more than 15,000 additional votes counted, "yes" votes went from 48.3% Tuesday to 49.1% Wednesday.

"We remain hopeful that the process that we engaged in, the broad community engagement that led to the drafting of the children's fund, and the campaign that involved so many people from every corner of Whatcom County — when every ballot is counted, we will enact the children’s fund," campaign organizer Ray Deck III said Wednesday.

In the 40th District, Democrats Alex Ramel and Debra Lekanoff easily won reelection to the state House. In the U.S. Congress, Rep. Rick Larsen breezed to a 12th term in the 2nd Congressional District.

Whatcom County will release new vote totals around 5 p.m. Thursday. Elections across the state will be certified on Nov. 29.