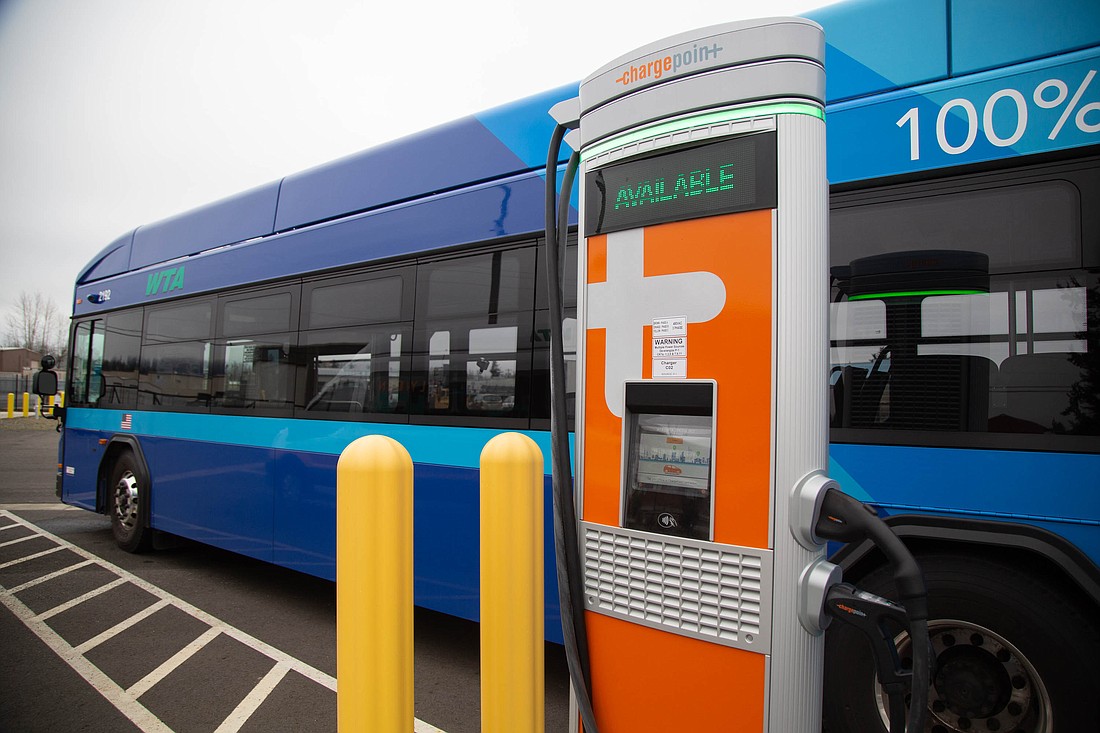 Whatcom Transportation Authority (WTA), the Whatcom County Executive and the City of Bellingham can’t have it both ways. To paraphrase climate activist Greta Thunberg, they can’t blah-blah-blah about their commitment to addressing climate change while voting for more diesel buses.

In a unanimous vote recently, Whatcom Democrats expressed concern about the order for eight new diesel buses and called on the WTA Board of Directors to exercise its option under the terms of the contract with manufacturer Gillig to convert the order to electric buses within the next few months. We are also asking for a commitment to purchase only electric buses (or at least buses with no carbon emissions) going forward.

It’s time to demonstrate commitments through actions. Sure, there are always glitches when adopting new technology, but they are fixable, and no reason to go backward.

Bus electrification offers benefits for labor and overall cost management. Electric bus manufacturing is emerging as an important source of unionized, living-wage, green jobs. Last June, Vicinity Motor Corporation announced it is building an electric bus assembly plant in Ferndale, with assistance from the Port of Bellingham and the Washington State Department of Commerce. The state has issued a statewide purchasing contract that enables local transit agencies to purchase VMC’s electric buses.

We thank the Port for helping make this possible. But why aren’t WTA and county and city elected officials chipping in? Here's a perfect opportunity to invest in our own county, our own residents, high-wage jobs, and transitioning to a green economy. To stop just talking about “climate action” and “jobs, jobs, jobs,” and start voting for these critically important aims.

True, the purchase price of electric buses is almost twice that of diesel buses. But over their entire life cycle they are cheaper, for two reasons: 1) much lower maintenance costs for electric engines; 2) much lower fuel costs. The price of diesel fuel is at an all-time high, up roughly 50% from last year, way beyond the cost of electricity.

We can afford the purchase price. WTA has a multimillion-dollar surplus leftover from federal COVID funding. Moreover, federal grants have been made available for the purchase of electric transit buses. The Connecticut Department of Transportation just received an $11.4 million grant for this purpose. Has WTA even tried to apply for such grants?

Rather than double down on a status quo that will soon be obsolete, procurement decisions must invest in a green future that protects workers, the climate and public funds. Other jurisdictions, like Antelope Valley Transit Authority in California, have already successfully implemented full bus fleet electrification.

All of us in Whatcom County have experienced the droughts, floods and 100-degree summer days caused by carbon emissions. The unanimous vote by Whatcom Democrats demonstrates our members’ overwhelming commitment to climate action and desire to see the Whatcom Transit Authority do its part in mitigating carbon emissions. On behalf of Whatcom residents, please switch to electric buses.

And while on the subject, could we also get our school boards to invest in electric school buses?