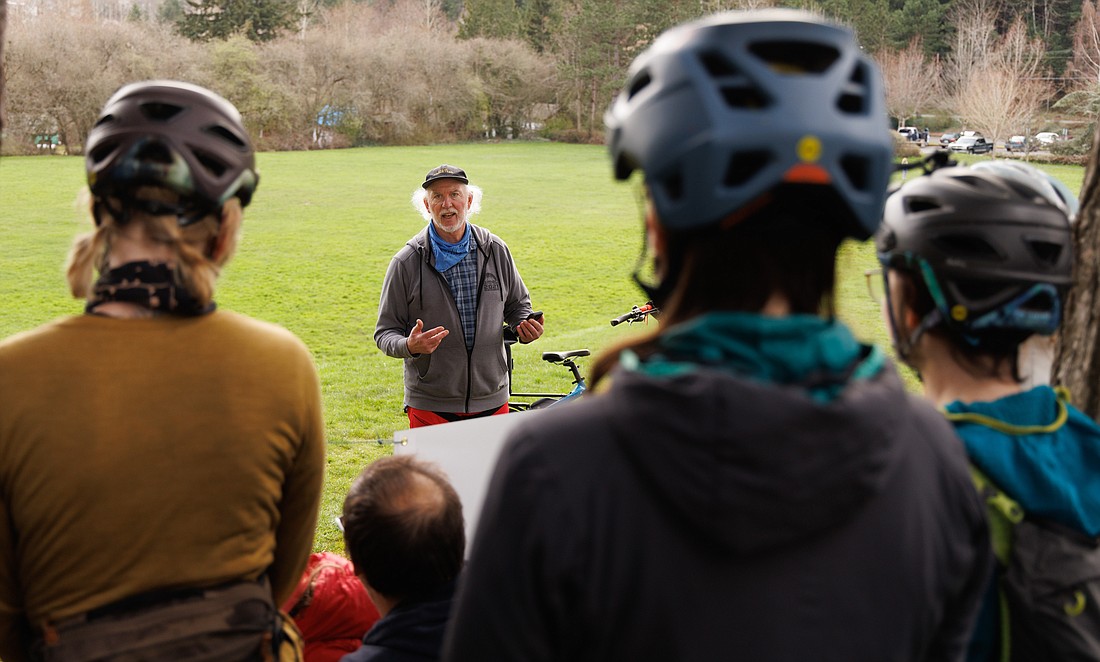 Organizer Bill Hasenjaeger asks fellow riders to continue to speak out about rider access to the Hundred Acre Wood, before riding together on March 25. (Andy Bronson/Cascadia Daily News)
By CDN Staff

Local cyclists gathered March 25 at Fairhaven Park to protest a proposal from the Bellingham Parks and Recreation Department to prevent bike riding through the trail from Fairhaven Park to the Interurban Trail, through what is commonly known as the Hundred Acre Wood.

The parks department aims to “create a dynamic, long-lasting plan that will set priorities and strategies to guide the future of the community forest.” 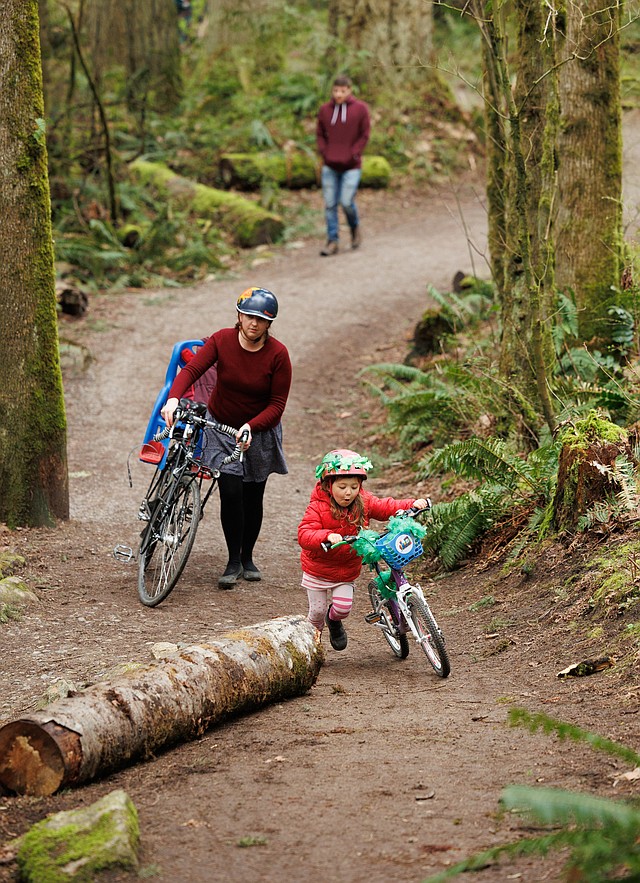 Eilis Stewart, 4, pushes her bike up the trail as her mother follows through the Hundred Acre Wood on March 25. They were a few of the local cyclists taking part in a rally to bring attention to a possible ban on cycling in the woods. (Andy Bronson/Cascadia Daily News)

Part of the proposal recommends bikes be walked through the trails instead of ridden.

Local bike riders are upset by the proposal saying it “would eliminate access to the second-largest user group that responded to the Hundred Acre Wood survey.” At Friday’s meet-up, about 40 local bike riders, aged 2 to 75, were in attendance.

“These were folks who regularly ride in there because it's easy access and they don't have to get in a car and drive somewhere to enjoy and recharge by riding on natural trails in the woods,” protest attendee Bill Hasenjaeger said in an email.

Community members can participate in a survey about the trails until April 1. Survey: engagebellingham.org/chuckanut-community-forest-master-plan.