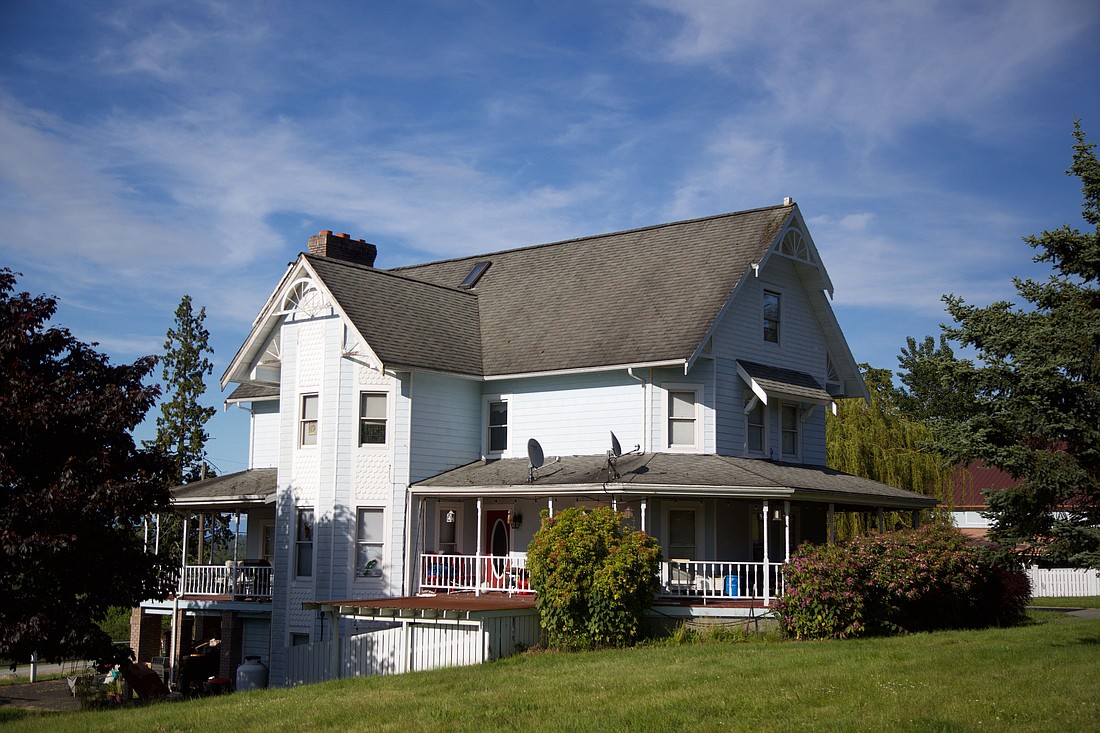 Robert Boule, owner of Smuggler's Inn in Blaine, sued a border patrol agent after the agent allegedly assaulted him on March 20, 2014. Smuggler's Inn is situated on the Canadian border, and Boule had previously been caught helping refugees illegally cross the border. (Hailey Hoffman/Cascadia Daily News)
By CHARLOTTE ALDEN
Staff Reporter

A U.S. Supreme Court decision handed down June 8 limits the ability to sue border patrol agents for violating constitutional rights. The country’s highest court was the last stop for the Boule v. Egbert case, in which Robert Boule, owner of Smuggler’s Inn, Blaine, was allegedly assaulted on his property by a border patrol agent in 2014.

Boule sought damages for the incident, which he argued violated his First and Fourth Amendment rights, under the precedent set by Bivens v. Six Unknown Named Agents in 1971.

The ruling limits the Bivens precedent, which concluded that federal officials can be sued for a constitutional violation that occurred while in the line of duty. In Bivens, six Federal Bureau of Narcotics agents searched Webster Bivens’ Brooklyn, New York home without a warrant and arrested him. Bivens sought damages for a violation of his Fourth Amendment right, which the Supreme Court affirmed in 1971.

In the 6-3 majority opinion, Justice Clarence Thomas wrote that a court is not competent to authorize a damages action against Border Patrol agents generally. The majority opinion indicated a desire of the Court to overturn Bivens entirely.

“Our Constitution’s separation of powers prohibits federal courts from assuming legislative authority. As the Court today acknowledges, Bivens v. Six Unknown Fed. Narcotics Agents ... crossed that line by ‘impl[ying]’ a new set of private rights and liabilities Congress never ordained. Recognizing its misstep, this Court has struggled for decades to find its way back,” he wrote.

“It gives those federal officials who happen to be bad apples impunity to do whatever they want to whomever they want for whatever reason they want,” Boos said. “It allows all of their prejudices to go unchecked.”

Boule served as an informant for federal agents for many years and often alerted officials when people of interest booked a stay at his inn. In December 2021, he was sentenced in the British Columbia Supreme Court for helping refugees illegally cross the border.

Boule sued for compensation following an altercation that took place on March 20, 2014. Boule had informed Border Patrol Agent Erik Egbert that a Turkish national had arranged transport to the inn. Egbert became suspicious, and when he saw Boule’s car drive up to the inn, he followed the car into the driveway so he could check the person’s immigration status.

Boule said he asked Egbert to leave his property, but Egbert declined and allegedly threw Boule against a car and to the ground. Boule later sought medical attention for injuries to his back. The incident, Boule argued, violated his Fourth Amendment right. Boule complained to Egbert’s superiors and said that Egbert retaliated by asking the IRS and other agencies to investigate Boule’s business. Boule alleged this violated his First Amendment right.

Boule filed a complaint against Egbert in federal district court, seeking damages under Bivens. The court ruled in favor of Egbert, and the case went to the U.S. Court of Appeals for the Ninth Circuit. The appeals court reversed the district court’s decision, concluding that the Bivens precedent applies to Boule’s case. The case next made its way to the Supreme Court. 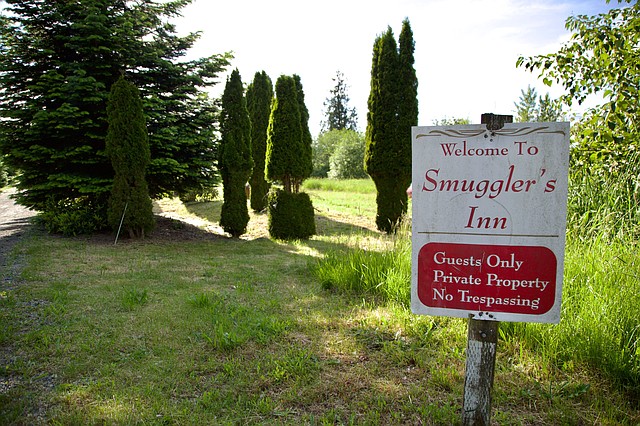 Boule served as an informant for federal agents for many years and often alerted officials when people of interest booked a stay at his inn. (Hailey Hoffman/Cascadia Daily News)

Boos called this a “very slanted decision by a court that was afraid to do the business of justice.”

He noted several factual errors in the decision, including that Justice Thomas had written that Border Patrol never acted against Egbert for his alleged use of force or retaliation. However, court documents show a 2016 letter from the Chief Patrol Agent in Blaine saying that Egbert’s “removal is warranted.”

Boos said Thomas and the court “passed the buck” in this decision with their argument that this should be a matter for Congress, not the courts. But Boos said the courts have been providing remedies when constitutional rights have been violated for 200 years, a precedent set in Marbury v. Madison.

Thomas wrote that “prescribing a cause of action is a job for Congress, not the courts,” specifically arguing that the court is “ill-suited” to determine remedies in the border-security context. He referred to the Hernandez v. Mesa decision that stated, “regulating the conduct of agents at the border unquestionably has national security implications.”

Six justices agreed with the majority opinion on the Fourth Amendment violation claims, and Gorsuch stated in his concurring opinion that people should not hold “false hope” that they can have a claim against the government in these situations.

In a partially dissenting opinion, Justices Sonia Sotomayor, Stephen Breyer and Elena Kagan argued that the decision “contravenes precedent and will strip many more individuals who suffer injuries at the hands of other federal officers … of an important remedy.”

John Midgley, a senior staff attorney at American Civil Liberties Union (ACLU) of Washington, said the “national security” reasoning didn’t make sense. The ACLU of Washington, among other organizations, wrote an amicus curiae brief in support of Boule in January this year.

“What national security is implicated with an officer going to the person’s property and allegedly using excessive force?” he asked. “In my view, it doesn’t have anything to do with national security.”

Boos said that if the court overturns Bivens, “they essentially gut the Constitution.”

He said even today’s decision makes it impossible to sue a border patrol officer for violating someone’s constitutional rights.

“It gives those federal officials who happen to be bad apples impunity to do whatever they want to whomever they want for whatever reason they want,” Boos said. “It allows all of their prejudices to go unchecked.”

Within 100 miles of any U.S. external border, border patrol agents can stop people on “reasonable suspicion,” making people who live in those communities particularly vulnerable.

“It isn’t enough for people to have rights on paper,” Midgley said. “There has to be some way to enforce them and some kind of accountability.”

All nine justices shot down Boule’s First Amendment claims. In the majority opinion, Thomas wrote that extending Bivens to First Amendment violations could result in “harassing litigation” inhibiting officials to do their jobs.

In January 2022, 34 media organizations and the Reporters Committee for Freedom of the Press submitted an amicus curiae brief, arguing that shooting down Boule’s First Amendment claim could “invite officials to punish the press for performing its constitutional function.”

Audra Anderson contributed to the reporting and writing of this story.

This story was updated to include additional comments from the ACLU of Washington.