A wide range of candidates are running in the Congressional District 2 primary to challenge incumbent Rick Larsen’s 22-year hold on the seat. However, a progressive challenger thinks the district’s general election will pit Democrat vs. Democrat for the first time since the state shifted to the top two nonpartisan primaries.

Five of the 10 candidates are Republicans. One “MAGA Republican Party” member, one “Conservative Party” member and one independent are also running. But Larsen, Democrat Jason Call and Republican Leif Johnson are the only candidates who raised any money in 2021 and in the first quarter of 2022, according to the Federal Election Commission (FEC).

This year, candidates are vying to be the representative of a slightly different congressional district than in 2020. Due to federal redistricting, candidates are now running to represent all of Whatcom County. 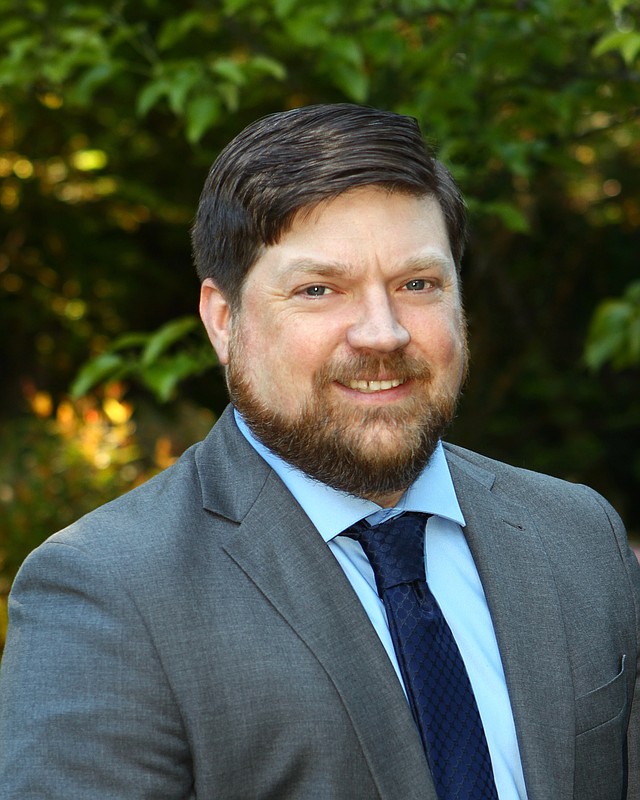 Democrat Jason Call is bidding for Larsen's seat for a second time. The progressive politician narrowly missed advancing to the general election in 2020 by 2,500 votes. He thinks he'll face off Larsen in November. (Photo courtesy of Jason Call)

The right-wing challengers had many of the same talking points at the forum — they called out alleged corruption, excessive spending and the persistence of “career politicians” in the House. Independent candidate Revelle’s platform called for world peace and kindness, he said in an email.

Johnson, the only Republican who raised money before March, said in an interview that his campaign is centered around reducing spending, instituting accountability and term limits in Congress and pushing for single-issue bills. He is part of the America First P.A.C.T., an alliance of candidates focused on “Protecting America’s Constitution and Traditions,” the motto behind the acronym P.A.C.T.

Call thinks the general election will be Democrat vs. Democrat, based on the district's progressive slant. The district — which includes Whatcom County, Skagit County, Everett and the San Juan Islands — is solidly democratic, according to election statistics and analysis website FiveThirtyEight.

Call received 13.9% of the vote in the 2020 primary, falling behind the successful Republican Timothy Hazelo by just over 2,500 votes.

In interviews, Larsen and Call agreed on many of the same issues of importance, with climate change, health care reform and housing affordability topping the list, while Johnson emphasized that the federal government’s role should be limited.

Larsen said one of his key spending priorities is to further invest in Medicare to allow for the negotiation of lower drug prices. Call wants to advocate for a national single-payer health insurance model and called the current for-profit health care model a “failed system.” Johnson said he does not believe health care is a right.

Both Larsen and Call agreed that there shouldn’t be increases in defense spending, although Call is emphatic about a spending decrease. Johnson said one of Congress’s main jobs is to spend on the military and said a strong military is essential, although he labels himself as “fiscally conservative.” 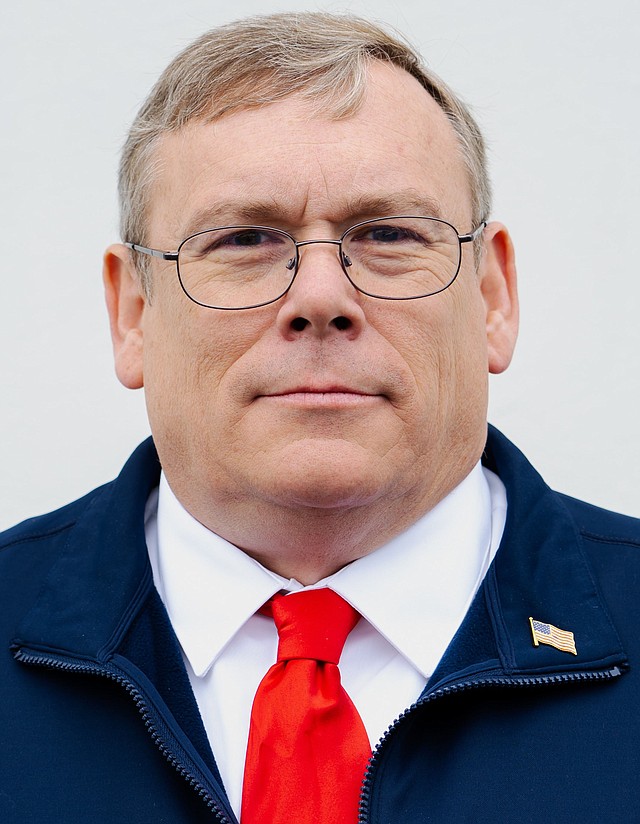 Leif Johnson is part of the America First P.A.C.T., an alliance of candidates that want to protect the US's "constitution and traditions." Johnson, who is pro-Life and anti-gun regulations, is running to reduce spending in Congress and to institute accountability and term limits in Congress. (Photo courtesy of Leif Johnson)

While Call and Larsen believe in stricter gun legislation and protecting abortion rights, Johnson said he believes there should be few regulations on gun ownership and that abortion rights are a state issue. Johnson is pro-life.

On fossil fuels and climate change, Larsen said the government should prioritize investments in decreasing dependence on fossil fuels. He pointed to various acts he supported in Congress that put money into the transportation budget to fund the transition away from diesel-emitting buses.

Call agreed that the government needs to cut emissions and that changes to transportation systems were key in achieving that goal.

“Climate scientists are literally screaming that we have got to get off fossil fuels,” Call said. “Certainly, that's not going to happen when we have a good deal of our Congress taking contributions from the fossil fuel industry.”

Johnson said climate change is a “farce.” He agreed that the U.S. does need to find an alternative to fossil fuels, but that the “free market will find that alternative.”

Eliminating corporate influence in politics is one of Call’s main platform points, and one Johnson agrees with.

Johnson has not received any offers for corporate PAC money but said he would turn it down if he did.

Call criticized Larsen for accepting corporate donations, while Call has committed to only accepting individual donations. So far, receipts from the FEC back up that claim.

Larsen said raising money is necessary to run an effective campaign and “insulate” himself from attacks from the far right.

“I think it's fair to say that [Call] probably can make that commitment, because he's not going to receive any Political Action Committee corporate donations, even from labor groups or environmental groups like I do, because they support me and not my opponent,” Larsen said. 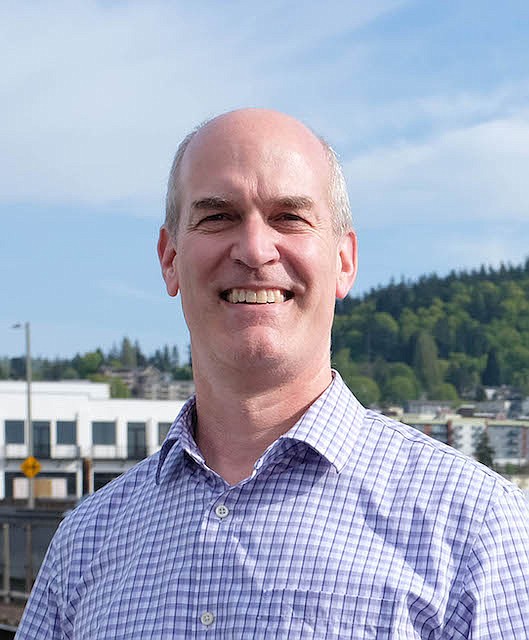 Democrat Rick Larsen is running for his 12th term as representative for Washington's 2nd congressional district. He's running on his track record as someone who "has worked with Democrats and Republicans to get things done." (Photo courtesy of Jeff Reading)

Larsen said he doesn’t spend much time thinking about why different corporations donate to him, and that it does not impact the way he’ll vote in the future.

Call said corporate money in the political system is “corrupt” and “undemocratic” and called for campaign finance reform. He acknowledged that not taking corporate money does put him at a spending disadvantage but emphasized his strong volunteer team and grassroots approach. Call said he thinks this will be an advantage at the end of the day.

“People do not trust corporate money in the political system, regardless of what side of the aisle you're on,” Call said.

Larsen said his endorsements and his track record will show voters that he’s the Democrat in the race who has earned the public's support.

He pointed to his work in the last two years on aviation bills that preserved jobs for Washington state residents and allowed people to feel safer flying. Larsen, chair of the Subcommittee on Aviation, played a big role in the investigation after the Boeing 737 MAX crashes in 2018 and 2019, during which the Federal Aviation Administration came under intense scrutiny for its role in approving the plane’s initial design. Larsen has announced plans to run for the chair of the Transportation and Infrastructure Committee.

Larsen also pointed to a non-legislative role he’s played in returning nearly $1 million in veterans and Social Security benefits to those who hadn’t received them due to government mix-up.

However, Call said Larsen’s “conservative” voting record is not representative of this district.

“The reality is people in this district have not had that [progressive vs. conservative] debate in 20 years,” Call said. “I think it's time for that right now.”

Johnson said Republicans in the state should vote for him because he’s a constitutional conservative. On why Democrats should consider voting for him, he said, “Go to the gas pump.”

In the forum on July 7, Larsen said his stance as a more middle-of-the-road candidate is advantageous.

“I think [I'm] the only candidate in this race who is independent enough to reach across the aisle and has worked with Democrats and Republicans to get things done,” Larsen said at the forum.

Voters will make their decisions by Aug. 2.