Flavors of the Philippines 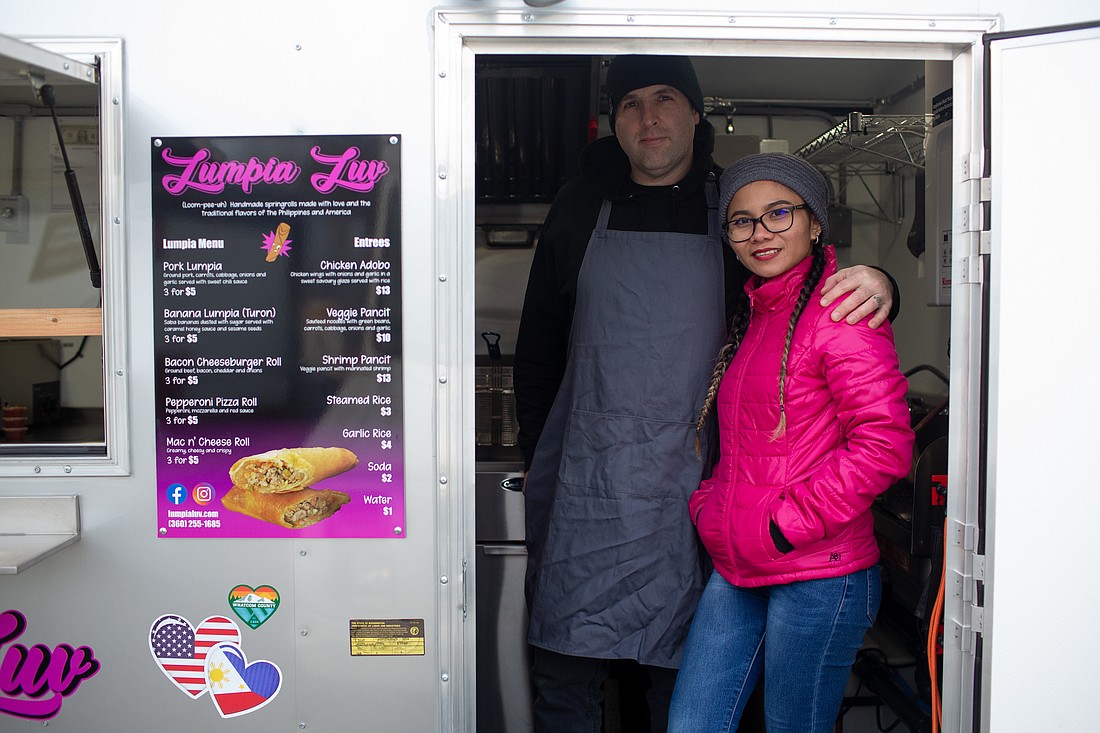 On a blue-sky afternoon the day before Halloween, dozens of people were lined up to place orders at the Lumpia Luv food truck, which was parked outside the Fisherman's Pavilion at Squalicum Harbor as part of the annual Bellingham SeaFeast.

Dressed in pirate costumes, owners Bart and Aiza Anderson worked as quickly as possible to distribute orders of the Filipino version of fried spring rolls and other dishes to the hungry masses, handing out buzzers that alerted customers when their food was ready. The duo had created a trio of specials for the maritime festival, but weren't sure how the dishes would be received. They needn't have worried. By day's end, the handmade crab rangoon rolls, smoked salmon mac n' cheese rolls and shrimp pancit ― all featuring locally procured seafood ― had sold out, along with nearly everything else on the menu, including pork lumpia (pronounced "loom-pee-uh"), banana lumpia, bacon cheeseburger rolls, pepperoni pizza rolls and chicken adobo. 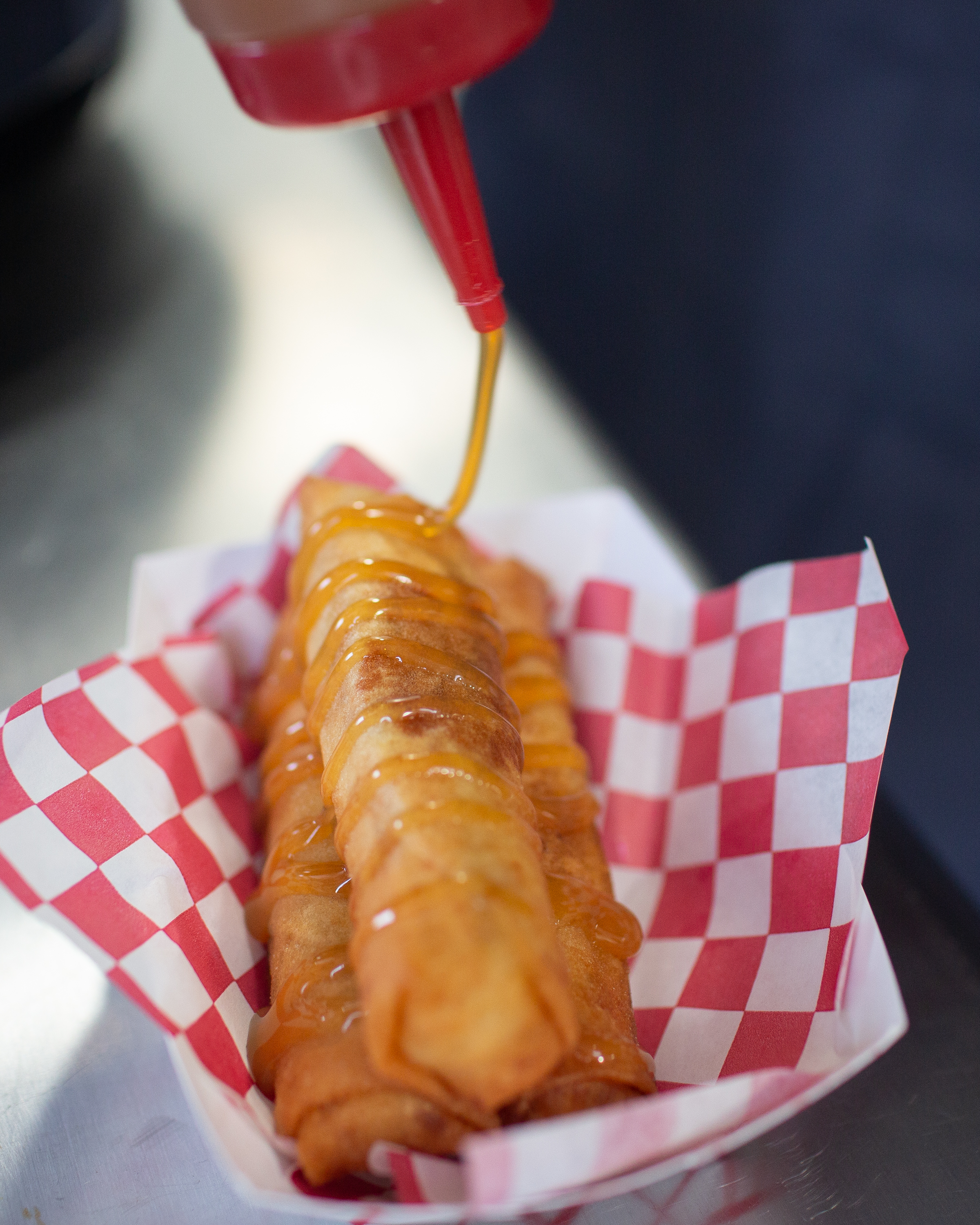 At the time, the Andersons were just a few months into the food truck business. After opening in early August at Paws for a Beer in Fairhaven, their mobile eatery had also turned up outside of the now-shuttered Herb's Cider, Kulshan Brewing Company's seasonal Trackside Beer Garden located near the shores of Bellingham Bay, and in front of the Heliotrope restaurant in downtown Glacier.

Lumpia Luv's success wasn't guaranteed. But the spouses had plenty of support from friends and family who championed their efforts to merge the flavors of Aiza's home country of the Philippines with popular North American cuisine hearkening to Bart's formative years attending state fairs in Minnesota.

Opening a new business during a pandemic, retrofitting a trailer with plumbing and electricity, and going through a two-month permitting process were just a few of the hurdles the Andersons faced. Ultimately, though, they're glad they expended the effort.

"We had the time and funds to do it while the pandemic was happening, and I had to change careers," Bart said, noting he needed to step away from working on construction projects because of a bum knee.

“It was a decision of circumstance,” he said. “And it worked out. It's doing really well.”

Aiza and Bart point to the freshness of their lumpia as one of the reasons people have been drawn to the fare. Every batch is made in advance at a licensed commercial kitchen and then deep-fried to order on site, so when diners bite into the rolls, they're hot and delicious.

"We want it to be crispy every time," Aiza said. "It's when it tastes the best and has that 'wow' factor."

At crowded gatherings, such as SeaFeast and many of the late summer Trackside Beer Garden events, the Andersons learned to be prepared. They regularly spend more than eight hours in the kitchen prepping ingredients and forming each roll in advance of a day's sales. It's labor-intensive work, but is worth it when much of what they make sells out.

"I don't know if a lot of people understand they're hand-rolled," Bart said of the lumpia. "They're like, ‘Can I have mine without onions?’ I'm like, ‘No, this is the way it is.’"

"We make them, and there's so much love in there," Aiza added.

During the winter months, Lumpia Luv has been splitting its time between Kulshan Brewery's flagship space on James Street on Fridays, and on Saturdays and Sundays in the parking lot next to Chair 9 in Glacier ― which is also where the Andersons live. Their hope is to help grow the food truck scene in their hometown, and be available on weekends when skiers and snowboarders are heading down from the Mount Baker Ski Area.

With Chair 9, the Heliotrope, and Wake and Bakery being among the only remaining brick-and-mortar restaurants in Glacier, the Andersons are hoping to capitalize on their ability to feed more people who are recreating on and off Highway 452. Meanwhile, the couple spends some of their downtime during the week snowboarding on the slopes located near their own backyard.

When warmer weather arrives, Lumpia Luv will likely spend more time in Bellingham, where Aiza and Bart have learned that although people aren't instantly familiar with their dishes, they're eager to try something new ― whether it's pork lumpia served with sweet chili sauce, rice noodles with vegetables and marinated shrimp, or banana lumpia dusted with sugar and paired with caramel honey sauce and sesame seeds.

At larger events, the Andersons hope customers will be patient if they have to wait a little while to receive their orders. Although the couple have learned to be efficient even during busy spells, they still want to make sure they're not serving lumpia that's been sitting under a food warmer for 30 minutes. 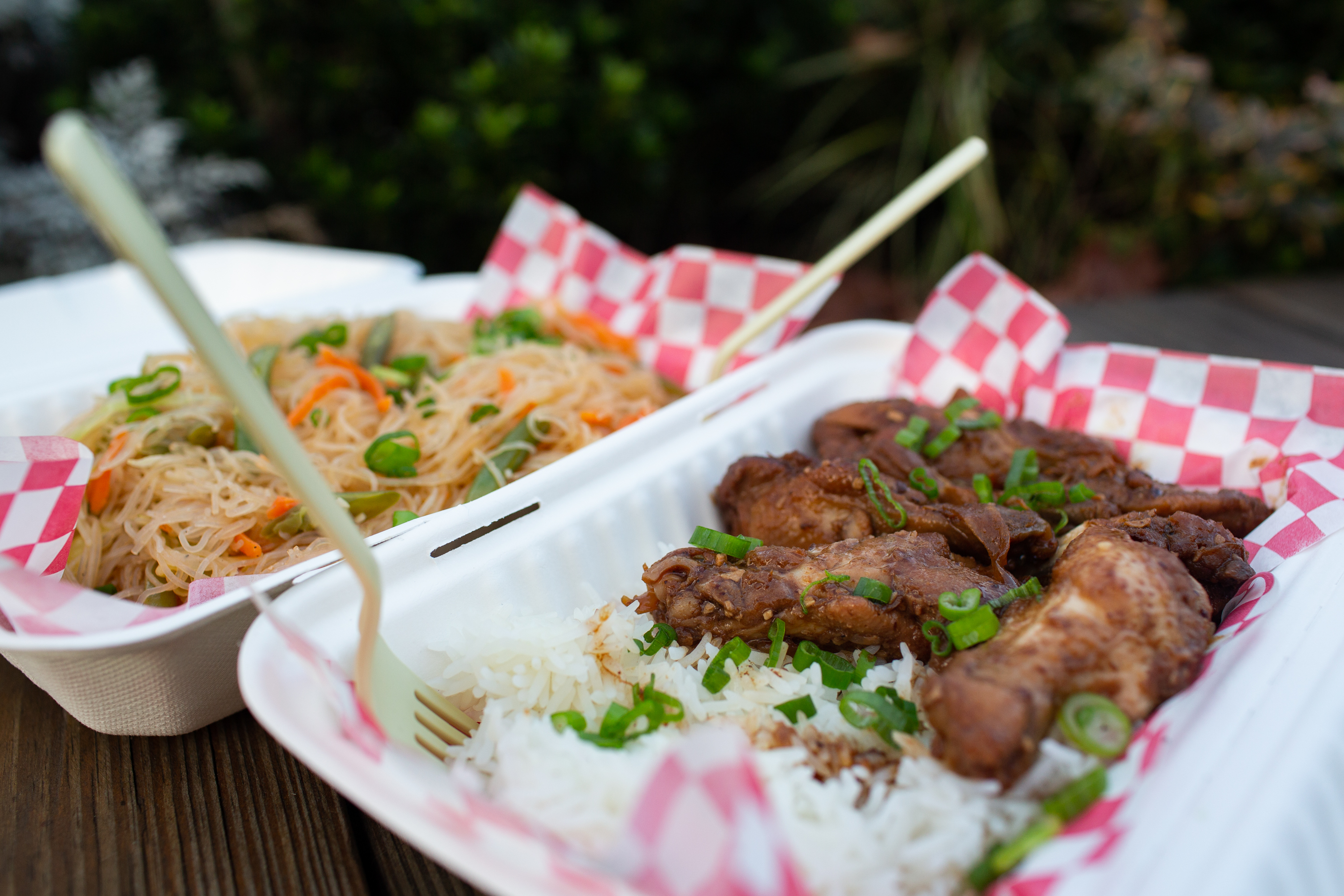 They also want to be confident they have enough to go around. After doubting their offerings would sell well during SeaFeast and then running out of nearly everything, they vowed to have extras on hand whenever possible.

"We realized, ‘OK, we're never going to run out again because we'll always have extra pork lumpia, no matter what,’" Bart said. "That was our second time we made that mistake. We did it at Trackside too at this other event where we sold out and we thought we were ready for it. ‘There's no way they're gonna eat all this,’ we thought. And they did ― like, thousands of rolls."

Find out more about Lumpia Luv at www.lumpialuv.com or @lumpialuv. This is the first of a series of profiles focusing on food trucks located in Whatcom and Skagit counties.

Sarah McCauley contributed to this story.
Have a news tip? Email newstips@cascadiadaily.com or Call/Text 360-922-3092