Winners, and no real losers, in Citizens Agenda polling 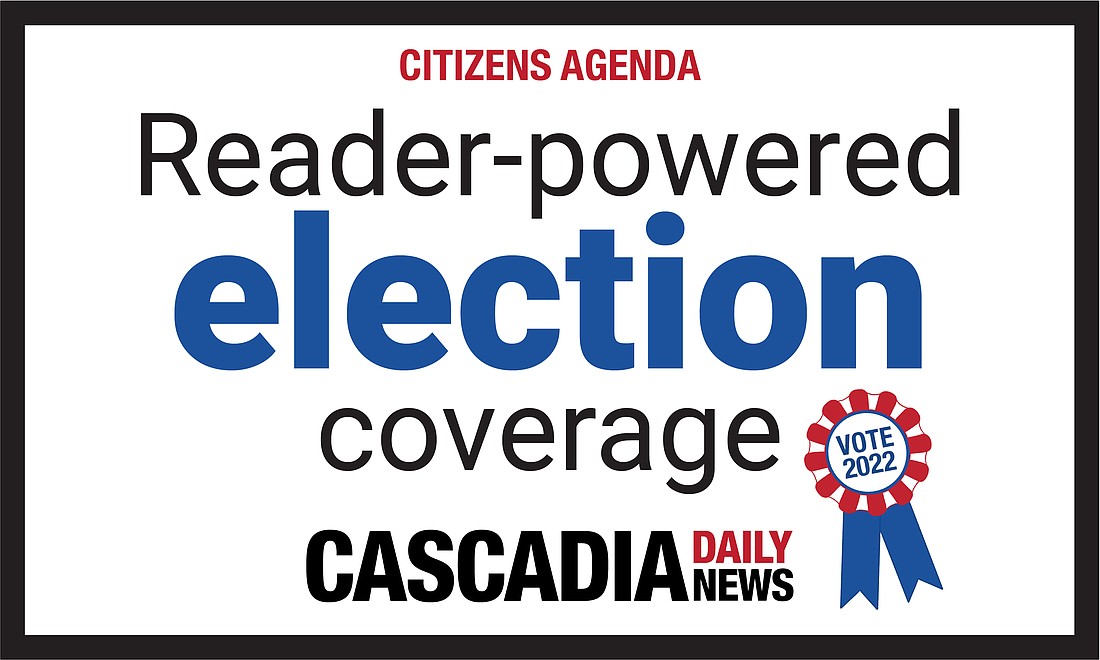 Surprise: Those are all subjects that ranked near the bottom in reader responses to a Cascadia Daily News pre-election election  — a long-term crowdsourcing exercise in which we asked readers what they’d like to see candidates discussing in the weeks leading up to the Nov. 8 general election.

Those subjects were among the lower vote-getters from a list of 60 Citizens Agenda questions to candidates published by CDN on Aug. 17. Does that mean they’ll be dismissed as unimportant? Nope. Each, after all, prompted one or more local folks to write the question down and submit it to our newspaper, which began collecting responses in late June.

But in a poll in which respondents were limited to selecting only five candidate questions, they didn’t measure up to others that local folks considered mission-critical in present-day American life.

Leading the way: “What are your plans for addressing the homeless population?” As we’ve seen, that’s a question with no easy answers, and also one that vexes people across the ideological spectrum. Applying a broad brush here, progressives tend to want to help homeless folks in any way possible (short of having them in their own backyards), while many on the right want to put them to work, or buy them a Greyhound ticket to somewhere else. But everyone agrees: Problem.

Next in line, also not surprising, given the timing: “What is your position on abortion — is it a legal right all women should have? If so, what will you do to ensure they do?” Again, a subject of intense debate across the spectrum, but in this instance, clearly driven by abortion-rights advocates, given the wording.

Third, “Was the U.S. election of 2020 legitimate?” reflects growing concern — and outright fear, in some quarters — that, state by state, the deck is being stacked against future fair elections by Trumpist deniers of the legitimacy of the 2020 election — proven certifiably legitimate, it should be noted, by every single reality-based standard. Many voters consider a “yes” or “no” to that question to be a litmus test which, amazingly probably, works either way depending on one’s party of choice.

Fourth in line: “What do you consider to be common-sense gun legislation?” reflects growing anger over mass shootings, violent crimes and suicides perpetuated by the easy access to firearms by unbalanced people. Interestingly, reader support for that question, added to support for a similar query about specific gun laws, makes the gun issue the leading single vote-getter in our community poll, by a wide margin.

The fifth most-popular question: “Do you support single-payer health care for all Washington and U.S. residents? If so, how soon? If not, then what?” This one reflects the growing uneasiness — no doubt accelerated by the pandemic — about the high cost, shortcomings and abuses of America’s private insurance regime. (An interesting note here: This question was not a leader in early, online voting in our poll, but got a strong push over the finish line by mail-in votes, perhaps from print readers skewing older.)

Our sampling of course, is an inexact science, not akin to a professional poll of likely voters, and not intended to be. But we were pleased to see responses from a healthy number of subscribers.

What’s the main takeaway? It confirms what we already hear: Local respondents care deeply about homelessness (and general societal inequities), abortion, The Big Lie challenging Trump’s defeat in the 2020 election, gun violence and health care. The vote totals serve as an affirmation of many of the most-discussed issues at area brew pubs, soccer fields and dinner tables. (One semi-surprise: Climate change did not lead the list, an indication of the challenges inherent in bringing that discussion to those places.)

These are all subjects we likely would have put to electoral wannabes this fall without engaging in a process such as the Citizens Agenda. But that misses the point. Thanks to the broad, enthusiastic participation of many of our readers, the subjects now carry the imprimatur of local voters — real people, not campaign strategists or even journalists.

In the coming weeks, the questions will live on one side of our newsroom whiteboard and elsewhere, forming the basis of our election coverage. They’ll also be presented in their exact form to all of the candidates CDN plans to interview in endorsement meetings over the next month. Answers — or non-answers — will be published verbatim in our special Voter Guide on Oct. 19.

But we won’t limit our discussions to those topics. Rest assured, most of the other subjects raised by readers, especially those finishing in the “second tier” of our voting process, will get an airing whenever possible, both in terms of story selection and candidate questions. These also include climate change solutions, gay and trans rights, the state’s regressive tax structure, campaign finance reform, voting reform, renters' rights, mental health, incarceration issues, collective bargaining rights, and other subjects.

Thanks again to all who participated in our fledgling Citizens Agenda process. And to each of you who responded by saying “Thanks for asking!”, you’re welcome. It’s really the least we can do. Soon, it’s all back in your hands.