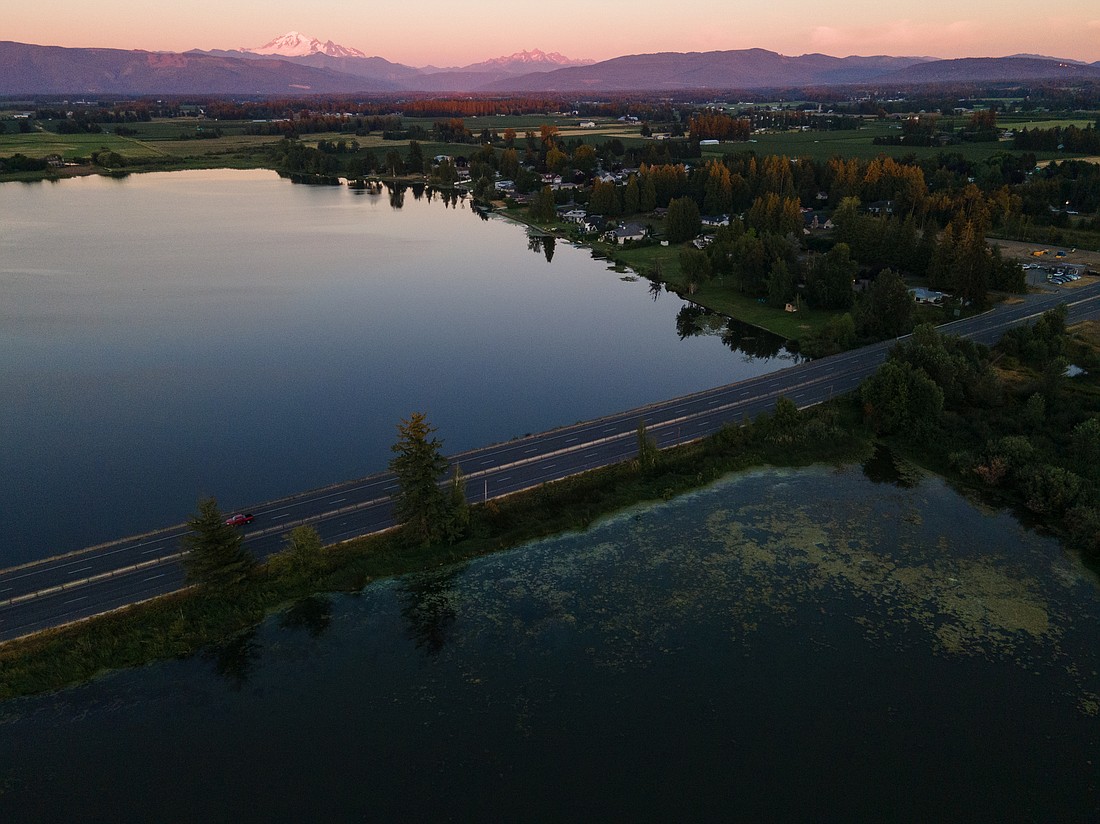 Cyanotoxin testing at Wiser Lake has shown high levels of microcystin and anatoxin-a, two potent and dangerous toxins, throughout the summer. It remains the only lake tested in Whatcom County this year. (Hailey Hoffman/Cascadia Daily News)
By JULIA LERNER
Staff Reporter

Microcystin, a toxin that primarily impacts the liver and can lead to significant pain, tumors, kidney damage and hemorrhages, showed up in dangerous concentrations on May 25 and July 5.

Anatoxin-a, an irreversible neurotoxin that can result in seizures and painful death by suffocation, was recorded in the lake Aug. 2.

“Within a few days, a clear lake, pond or ditch can become cloudy with algae growth,” Health Department Communications Specialist Marie Duckworth said. “Blue-green blooms usually float to the surface and can be several inches thick near the shoreline. Most are not toxic, but some can produce toxins that can cause illness in humans, pets, waterfowl and other animals that come in contact with the algae. Toxic blooms can kill livestock and pets that drink the water.” 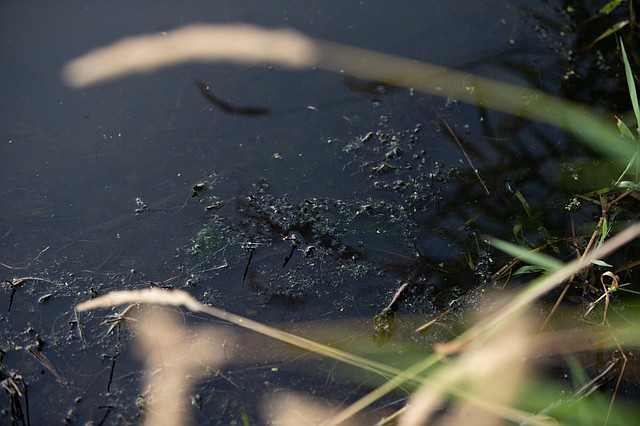 Blue-green algae can bloom in lakes during hot weather, and will often be several inches thick near the shoreline. Within just a few days, Wiser Lake can appear cloudy with the algae, which can produce dangerous toxins. (Hailey Hoffman/Cascadia Daily News)

Though the state Department of Health recommends weekly testing when blooms are present, Wiser Lake went almost a month without reporting data after the positive microcystin test on July 5.

“Sometimes, we are dealing with a county that just doesn’t have the labor to go out to do sampling every week,” said Lizbeth Seebacher, a wetland and aquatic ecologist at the state Department of Ecology (DOE).

Of the 12 testable bodies of water in Whatcom County, Wiser Lake is the only one consistently tested for cyanobacteria, and the only one with reported results so far in 2022.

Seebacher, who works in the water quality program at DOE, said that’s not unusual.

“Usually, counties will only send in samples when they see a bloom going on, and we haven’t seen any other lakes from Whatcom reporting,” she said. “The fact that you may not see samples coming in from a lake should mean that there isn’t a bloom, or at least, there’s not somebody who has gone to the lake that knew what it was and knew about the program to send samples in.”

Last summer, at least six pets became dangerously ill or died after exposure to toxic algae in the Columbia River in Benton County. Record-breaking heat contributed to warmer waters in the river, creating ideal conditions for a toxic bloom.

“Wiser Lake is the only lake we are currently monitoring on a set schedule,” Duckworth said. “We received a $50,000 grant from the Department of Ecology to conduct a two-year water quality study for this lake. Monthly sampling at Wiser Lake started this spring as part of this study.”

The grant will allow the county to develop a Lake Cyanobacteria Management Plan (LCMP), a plan to understand why the waters in the lake often show high results of toxins.

The goal, Seebacher said, is to restore the lake.

“This study hopes to find out what is behind the high and persistent levels of cyanobacteria we have seen in the last few years,” Duckworth said.

Most bodies of water in the county are healthy to play and swim in, according to the Health Department, though most are not monitored on a set schedule like Wiser Lake.

“If we discover a health risk, we post signs at public access points and do follow-up monitoring until conditions improve,” Duckworth said.

When the Cascadia Daily News requested testing kits for the remaining 11 bodies of water in Whatcom County from the DOE, the request was denied.

To report a concern with a lake or beach, contact the Whatcom County Health Department at EnvironmentalHealth@whatcomcounty.us or 360-778-6000. Report an algae bloom to the WA Department of Ecology online at nwtoxicalgae.org.