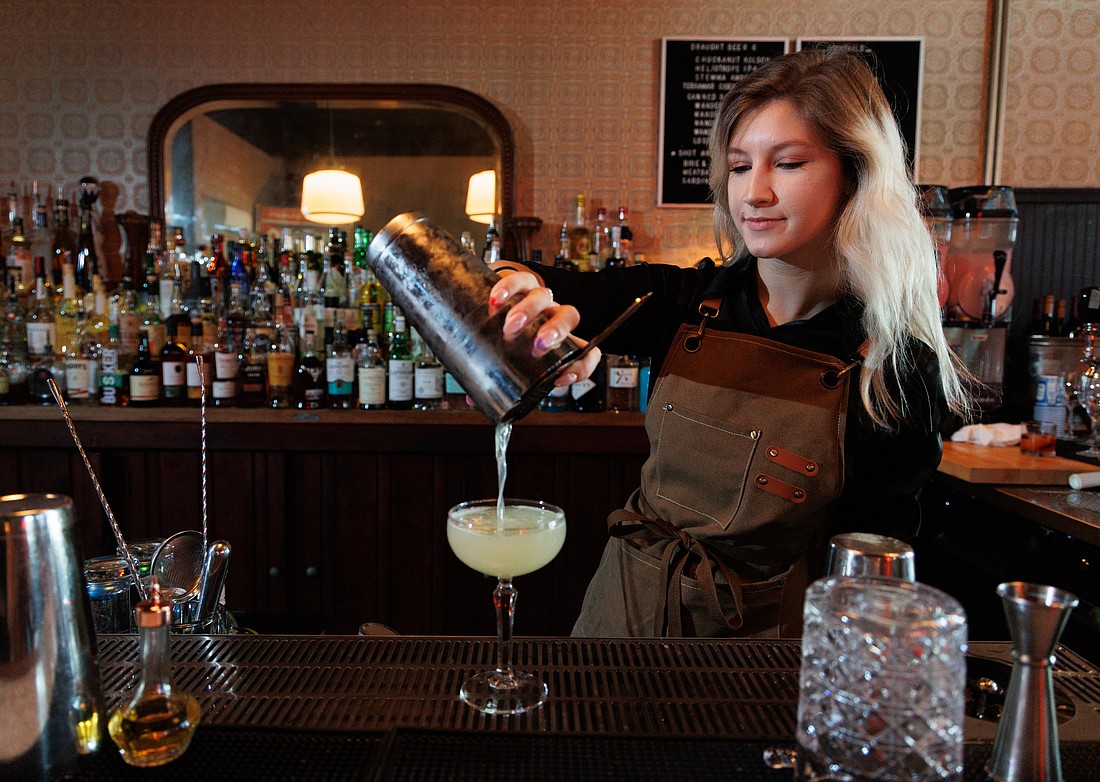 Bartending is an art form, and creating the perfect drink can be a complex task. These three young mixologists sat down to discuss their roles in your night out.

Southside Bar in Fairhaven is a gin joint dedicated to the classics. The bar prides itself on its drinks with a small list of specialty cocktails and an art-deco theme.

JeAnna Lombardo, 28, has been bartending since she turned 21, and is learning more about the craft each day.

Beginning her mixologist career as a barista, Lombardo was hired at a restaurant containing a full bar in Yelm, Thurston County, where she went from busser to bartender in just a few months.

Lombardo has been working at Southside since October 2021 giving her an opportunity to curate suggestions for gin cocktails, such as The Last Word, a Prohibition-era cocktail she suggests to indecisive customers.

Although Southside’s cocktails lean toward gin, Lombardo holds a special place in her heart for mezcal, a smoky tequila from Mexico.

“My favorite cocktail to drink is The Last Word, but made with mezcal,” Lombardo said. “Sometimes people call it The Closing Argument.”

Lombardo’s favorite drink to make is another mezcal drink, but with a little more flair. 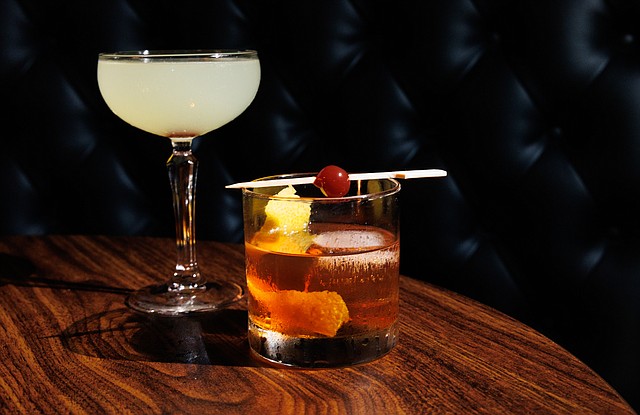 A Closing Argument and an Oaxaca Old Fashioned at the Southside Bar. (Andy Bronson/Cascadia Daily News)

Lombardo describes the Oaxaca Old Fashioned as similar to a traditional old-fashioned, but with mezcal rather than whiskey or bourbon, and garnished with a flaming orange peel.

“Taking a match and burning the citrus a little bit gives it a smoky taste that pairs well with the mezcal,” Lombardo said.

As a self-proclaimed extrovert, socializing is a big draw for Lombardo.

“It’s amazing to me how many people I’ve met from all walks of life just by bartending,” Lombardo said. “It's what makes me love my job.”

Over at Redlight Kitchen and Bar, Holly Smith, a bartender for 13 years, enjoys the process of creating cocktails. 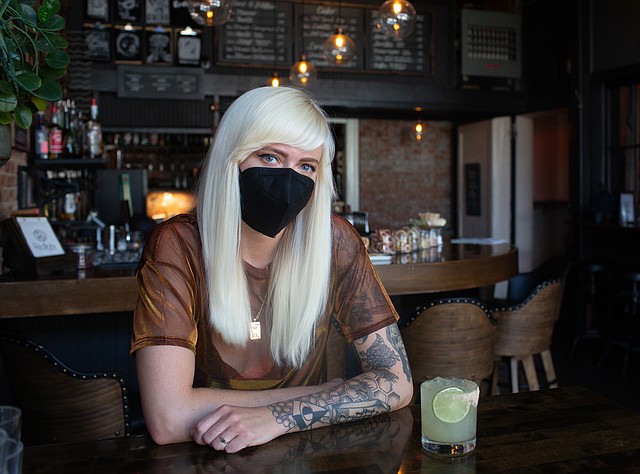 Holly Smith is a bartender at Redlight Kitchen and Bar on July 25. (Hailey Hoffman/Cascadia Daily News)

Smith said this creativity is in part fostered by Redlight’s upper management, who are known to buy ingredients the staff express an interest in experimenting with.

As someone who loves cooking, Smith feels that composing cocktail recipes is an extension of her culinary talents. Smith said she sometimes gets ideas in her dreams as well.

The Salerosa is one of Smith’s proudest mixologist creations. The Salerosa is a margarita featuring tequila that’s been fat-washed with coconut oil, a method that infuses a liquor with the flavors of a fat. The beverage is also flavored with a toasted coconut agave simple syrup, and a pink salt rim. 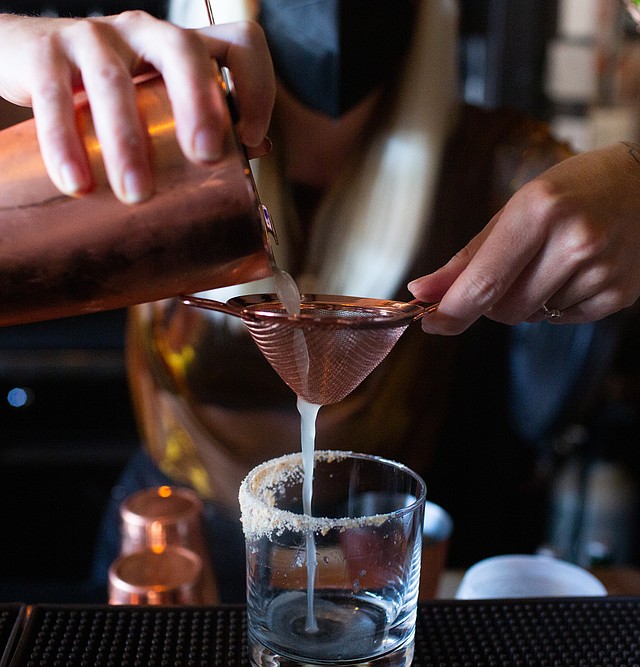 “There’s something to be said for learning the classics,” Smith said. “but there are a plethora of combinations of flavors you can go for.”

Smith will graduate in the fall with a degree in conservation biology, so it's likely bartending at Redlight will be her last service industry job.

“I’ll miss the connection with people,” Smith said, adding that she plans to sit at a bar and just watch when she starts to miss bartending.

Created in 2017 by Rian Greer, the owner of Rumors Cabaret, Miller’s Backdoor is a cocktail lounge that sits right next door. 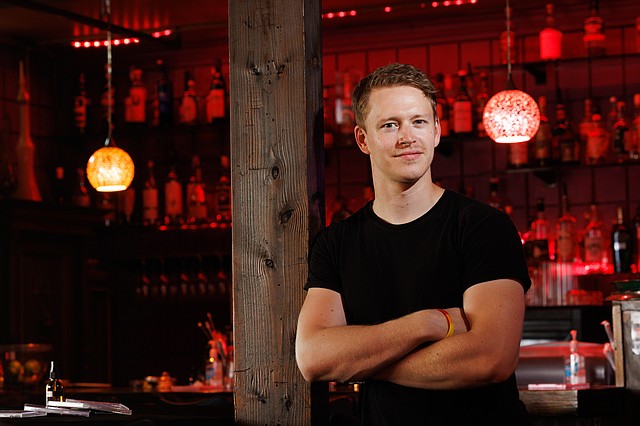 Dakota Etley, a bartender at the Backdoor, on July 29. Etley said his favorite part of the job is a toss-up between interacting with people and the creativity of making drinks. (Andy Bronson/Cascadia Daily News)

The Backdoor’s cocktail menu changes every one to two months, depending on the seasons and how quickly things sell out. The cocktail creation is a team effort.

“I work with crazy talented bartenders,” Etley said. “It's kind of a disservice to not have them included on the menu.”

In the past few years, the Backdoor’s menu contained a music theme, with each specialty cocktail inspired by a song title and printed on the back of a CD case, complete with a link to the featured songs.

Most recently, however, Etley and his team of bartenders rolled out a special menu for Bellingham’s Pride celebration, using unique ingredients like spirulina, curry and snap pea puree.

While some cocktails may feel complex, Etley said the bar does a lot of advanced prep and batching. 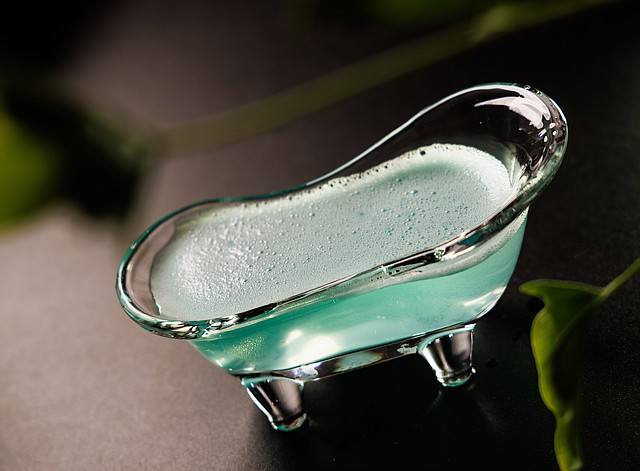 All My Love is served in a bathtub glass at the Backdoor. (Andy Bronson/Cascadia Daily News)

“The priority is to get the cocktail in hand as quickly as possible, while also maintaining the integrity of the cocktail itself,” Etley said.

While bartending is a lot of work, Etley doesn't plan to leave anytime soon, saying he values being able to work with his hands and interact with guests.

“I’m at a point in my career where I’ve come to terms with the idea that I'm not meant for a desk job or remote job,” Etley said.