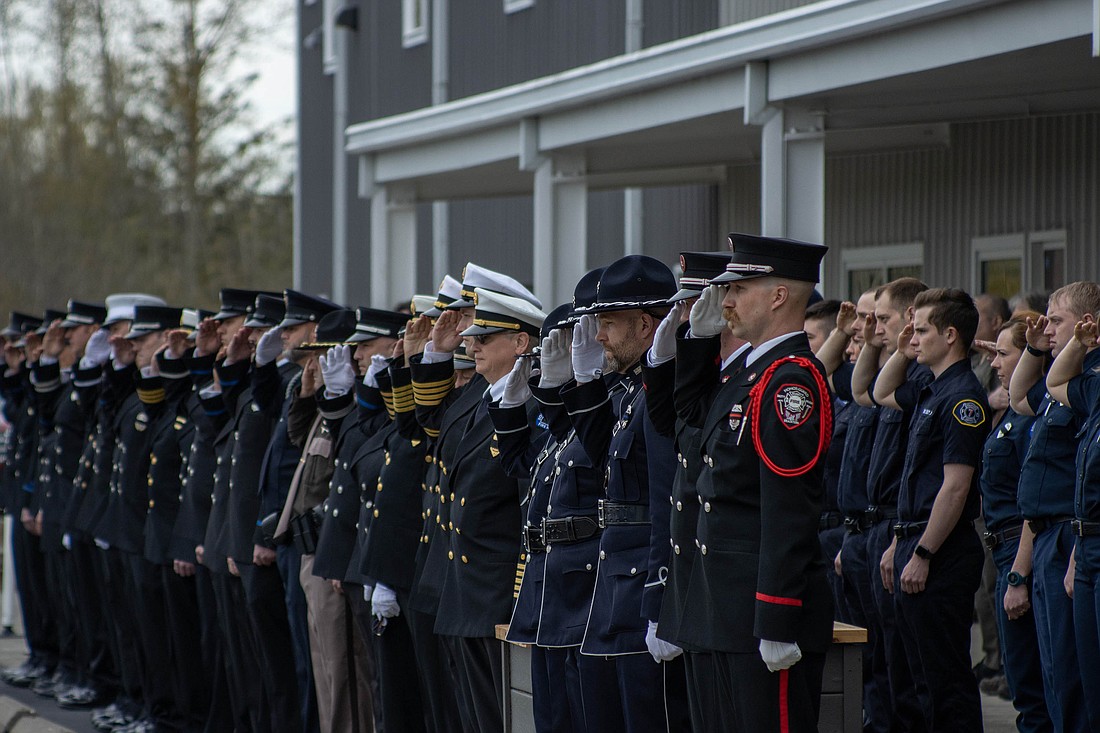 He is the second person in the district’s 105-year history to “die in the line of duty,” according to a Bellingham Fire Department release. 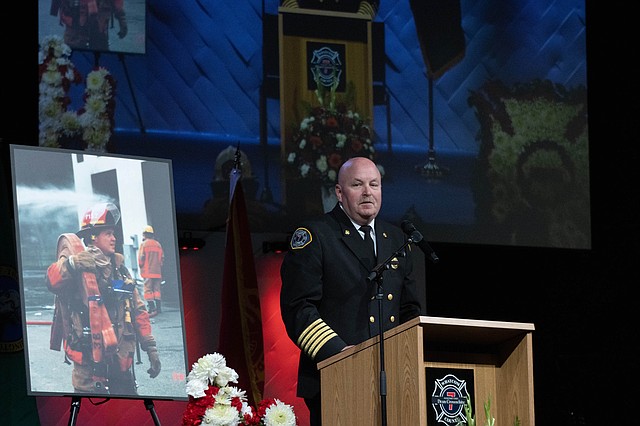 Fire Chief Larry Hoffman spoke at Crosswhite’s celebration of life. “Dean not only served the fire district, but he served the community. He served the Ferndale community with pride.” (Noah Harper/Cascadia Daily News)

The memorial event began at Station No. 46 on Church Road in Ferndale and consisted of multiple fire department vehicles and non-department vehicles. The procession made its way down Main Street, all the way to Cornwall Church.

Shortly after arriving at the church, members of the department removed Crosswhite’s gear from the main truck, surrounded by a sea of salutes. The gear was then moved inside for his celebration of life. 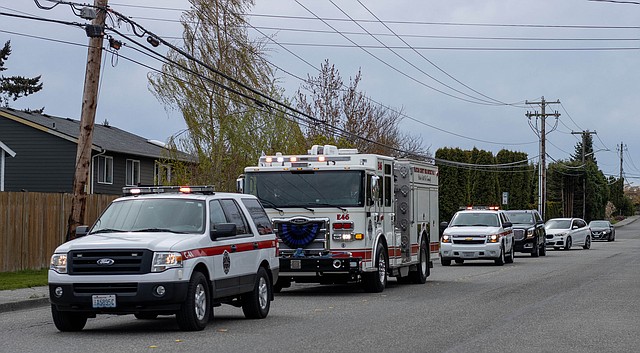 Dozens of vehicles partook in a procession on April 20 honoring the death of Crosswhite. The procession started at the Whatcom County Fire Department District 7 Station No. 46 and ended at Cornwall Church where a celebration of life was held. (Noah Harper/Cascadia Daily News)

“Dean not only served the fire district, but he served the community. He served the Ferndale community with pride,” said District 7 Fire Chief Larry Hoffman, a close friend and coworker of Crosswhite’s. “Dean will be missed by everyone because he touched everyone’s life.”

Crosswhite was a 28-year career veteran, joining the force in 1998, according to the release. Crosswhite began as a resident firefighter at Washington State University as well as working for Kitsap County and Blaine, before making his way to Ferndale. Crosswhite served as a firefighter, lieutenant, division chief of training and assistant chief for District 7. 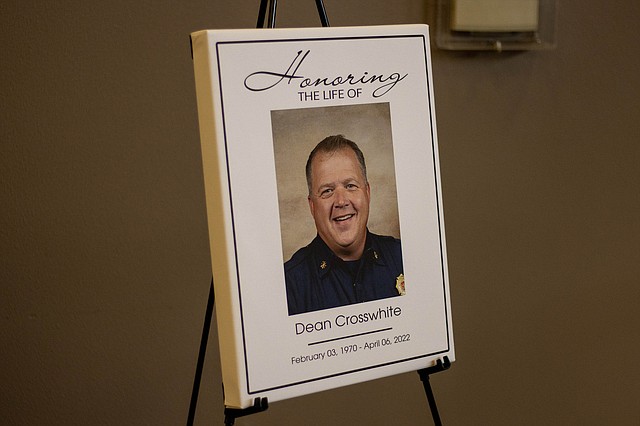 Crosswhite will be missed by his wife Luciana, his son Spencer, stepdaughters Kylie Sutton and Brianna Miller, and stepsons Nick and Anthony Miller, his obituary states.

“Dean served our community for well over 25 years,” Ferndale Police Chief Kevin Turner said outside of Cornwall Church. “To have a fallen brother in arms laid to rest and to see everyone come together like this is truly emotional. ... Dean truly gave his whole life in service of his community, both on and off duty, and it's very humbling and I'm very honored to be here to help celebrate his life and that service.”