Accord reached 2 days before Tulip Festival 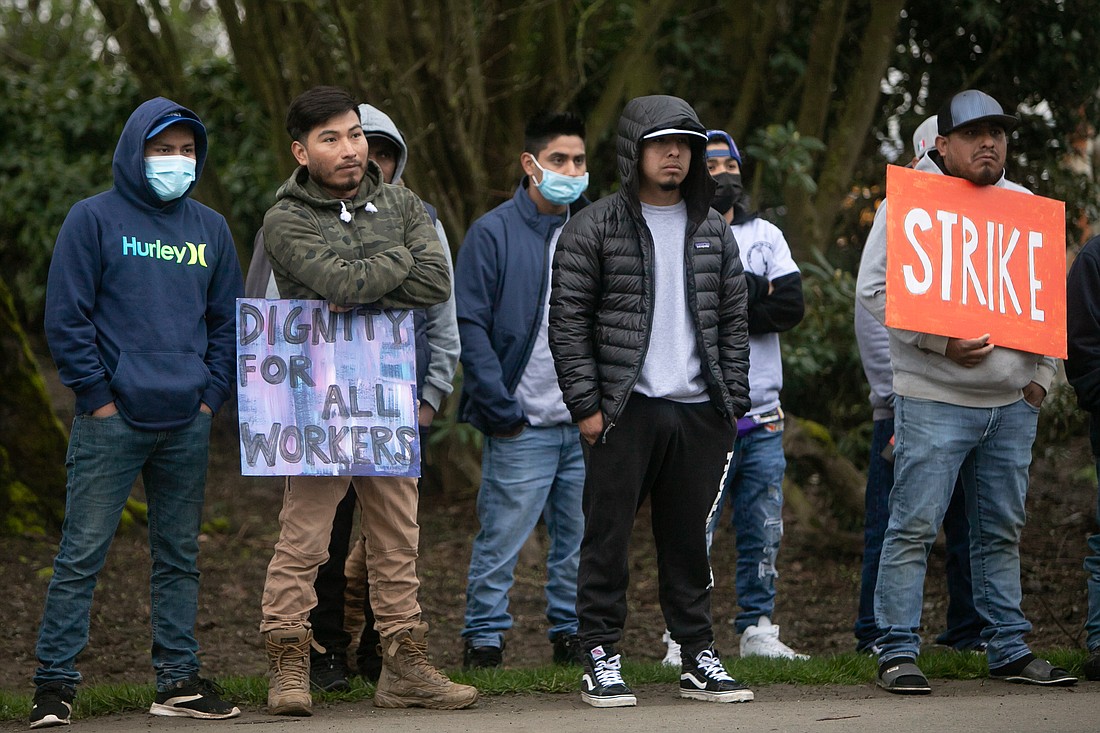 With daffodils in full bloom and tulips getting ready for their April burst of color, workers left the fields for three days, March 22-24, and came up with a list of demands — everything from work gloves and more bathrooms to larger bonuses and no more work off the clock.

Edgar Franks, political director for the independent farmworker union Familias Unidas por la Justicia, said some of the workers’ demands were met in an agreement signed March 30, including bathrooms and the full recovery of lost wages for sick time due to pesticide exposure.

“We hope people come and support the festivities of the Tulip Festival,” Franks said in a press release from Community to Community Development, a Bellingham social justice group that works closely with Familias Unidas. “Now this year, hopefully, workers will also get to enjoy what their labor produces.”

Brent Roozen, a member of the family that owns Washington Bulb and RoozenGaarde, did not respond to a request for comment.

Workers had asked for a $3 raise on hourly bonuses awarded for meeting daily flower-picking targets. The bonuses, paid on top of the workers’ minimum wage, were raised 50 cents, Franks said.

Employees will be paid for certain prep work involving the rubber bands they use to wrap picked flowers in bundles of 10. The company had expected workers to set up their rubber bands off the clock.

The union had asked for waterproof gear and gloves to help prevent the rashes some workers develop from cutting thousands of flowers a day. Franks said Washington Bulb would address this request next season.

The new terms signed by all eight members of the union's negotiating committee don't amount to a legally binding collective bargaining agreement, but the workers’ right to strike remains protected, Franks said.

The agreement “still holds significant importance for the fieldworkers,” Community to Community Development said in its press release.

“He’s really interested in hearing the workers out,” Franks said in an interview on March 28. “I think the meeting with the company president, and having a direct line of communication like that, has been really positive.”