From the classroom to the stage, a life in jazz 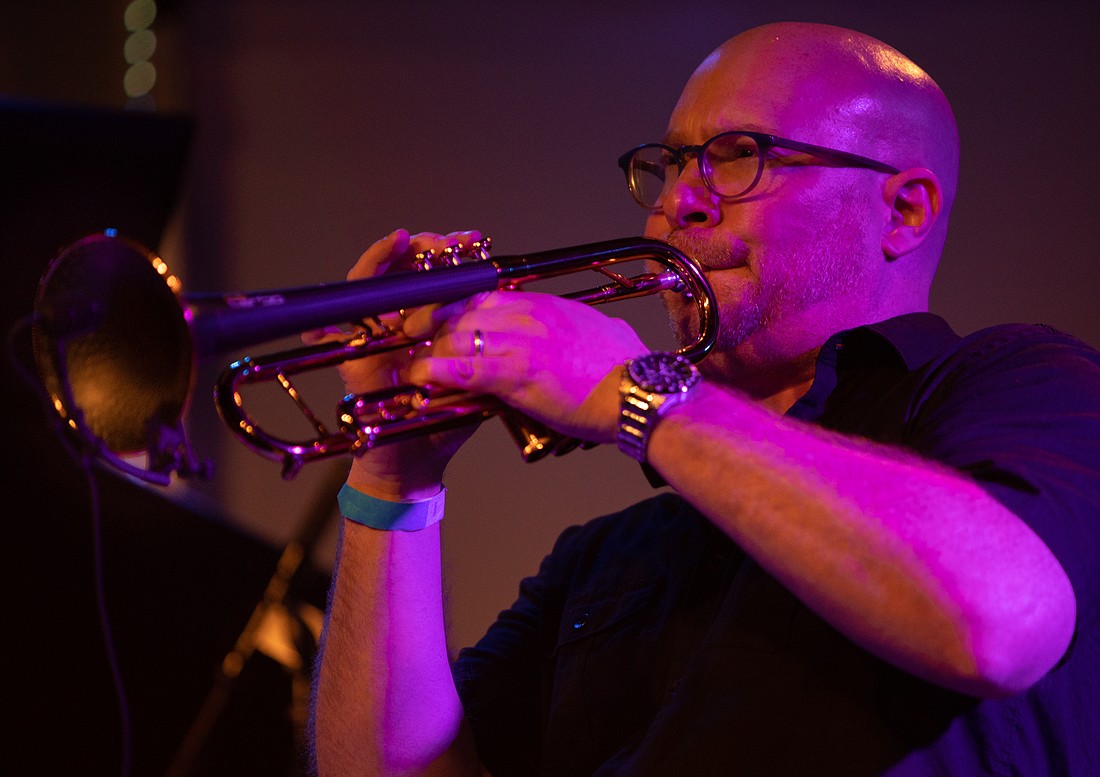 Trumpet and flugelhorn player Kevin Woods, who’s been director of jazz studies at Western Washington University since 2015, performs Jan. 9 with several of his Western students as the Generations Band at The Blue Room. His next show takes place Monday, Jan. 30 at the same venue. Opening the show will be Western’s Jazz Combo 1. (Hailey Hoffman/Cascadia Daily News)
By MARGARET BIKMAN
CDN Contributor

One never knows how simple acts can shape a life.

“We only owned two cassette tapes,” he said, “and both were compilation recordings of Louis Armstrong. My dad would buy us Dubble Bubble bubble gum, then he’d give me his comb and I’d make a makeshift kazoo out of the Dubble Bubble wax paper wrapper and the comb. I’d sing and play along to all of the melodies and solos on those tapes.”

Woods said he didn’t realize it at the time, but he was transcribing melodies and solos while learning the language of jazz. He was simply having fun, imagining himself playing along with the band he heard on the cassette.

Music ran in the family. Woods’ father was an amateur trumpet player, and Kevin had a bugle by the time he was 2 years old, a cornet at age 5 and a trumpet when he started seventh grade. 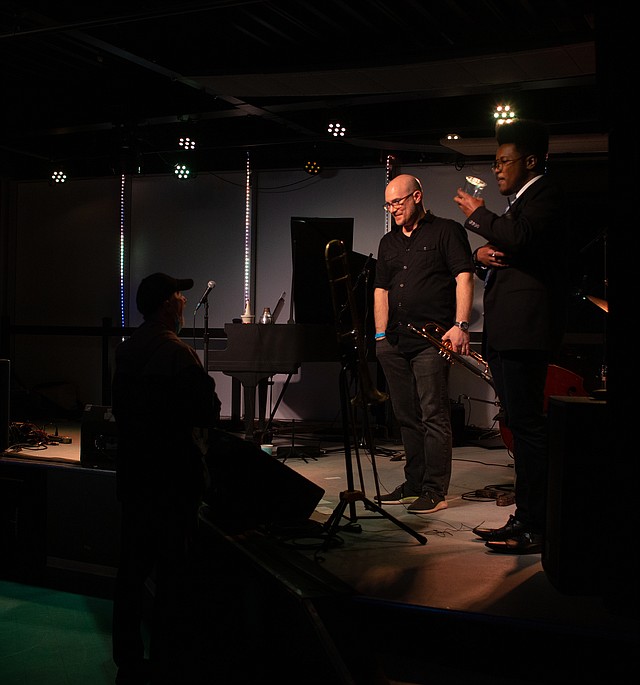 Woods, 43, said by the time he was 10, he could sing just about every song on the oldies radio station the family listened to both at home and in the car. His younger sister played clarinet, so they’d play together and riff on melodies they would figure out by ear.

Despite his musical prowess, Woods said he wanted to be a medical doctor as a child and even into junior high school.

“I didn’t even understand that someone could be a professional musician, because everyone I knew who played music did it as a hobby,” he said. “Once I learned that you could be a performer and/or music teacher as a job, the doctor thing melted away. All my life I’ve had melodies or chord progressions going through my head all the time, so going into music just felt like home.”

Although, Woods said, he never just wanted to perform; he wanted to teach as well. He always admired and respected his own teachers, and felt the best way to demonstrate one's love of a subject was to teach it.

He’s taught elementary students through adult learners both in formal settings and privately. He’s toured and performed around the world in jazz and more commercial styles, done studio work, and also recorded six albums as a leader. 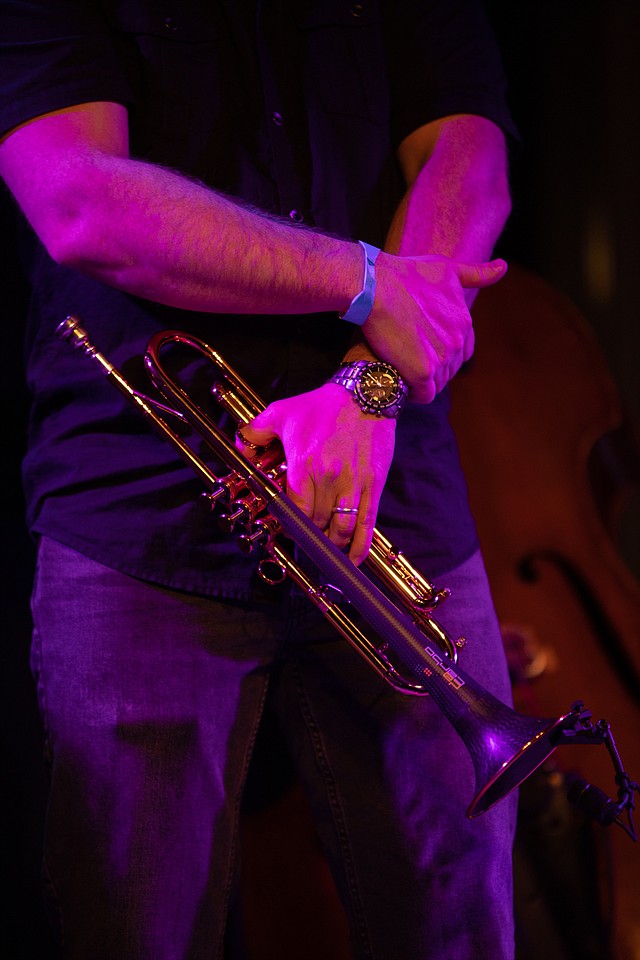 “I think the enjoyment for me comes from sharing,” Woods said. “Whether it’s musical knowledge or aesthetic, or sharing about myself through performing/composing — sharing, and the connection, understanding and empathy it creates is what I enjoy most.”

Woods is proud the jazz program at Western is thriving. The students actively share ideas and inspiration with each other, he said, and hang out outside of school. Between the two big bands, five combos and the vocal jazz ensemble, the program is quite diverse.

All Western student jazz performances are free and open to the public. They typically take place at the school’s Performing Arts Center Concert Hall, but occasionally Woods will bring an ensemble along with him for an off-campus show.

In the classroom, Woods said he enjoys that “aha!” moment when a student finally wraps their head around a concept.

“It’s one of the reasons I teach,” he said. “There is a definite glow to the room when something they’ve been struggling with solidifies for them.” 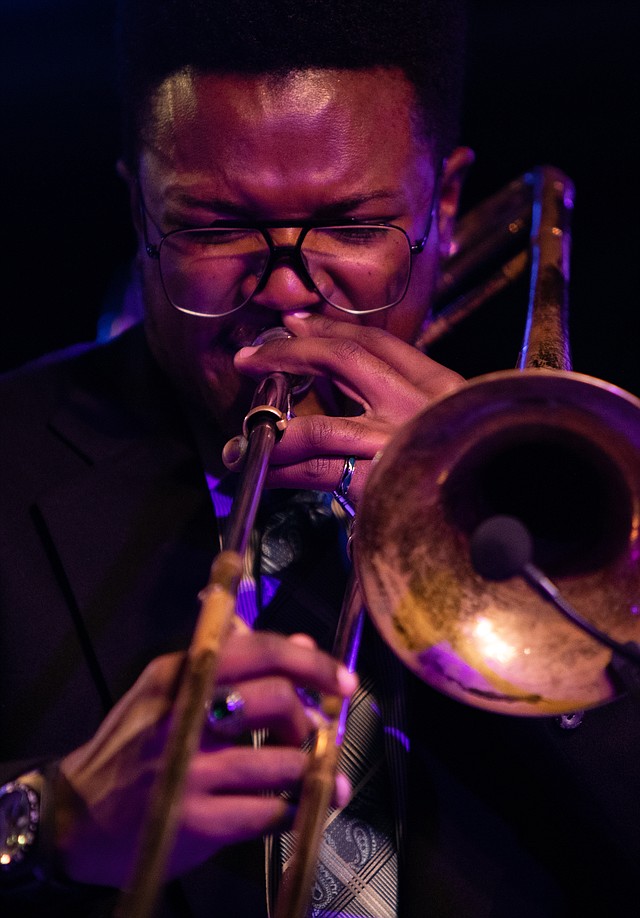 Woods also leads his own quartet, as well as Trio Linguae (with pianist Miles Black and guitarist John Stowell), co-leads the Sweden-based Woods/Axelsson Quartet, and is an instructor at the Jazz Center of Bellingham. He admits he’d like to pick up the performing side of his career even more.

“I put out an album with Trio Linguae in the summer of 2020,” he said. “Dropping an album in the beginnings of a global pandemic … not the best idea. We had some touring and performances lined up and everything got canceled. I’d like to play that music for people this year and maybe record another record with that group.”

Woods’ family lives multi-generationally. The parents and grandmother of his wife, Gail Ridenour, live on the same property as them and their two young daughters, so he’s been ultra-cautious regarding COVID and is just now starting to perform indoors at clubs.

Woods and his Western colleague, drummer Greg Williamson, recently put together a new sextet he thinks has lots of potential. Woods has also played with Bellingham singer/songwriter Robert Sarazin Blake — the founder of the Subdued Stringband Jamboree — for more than 20 years.

“I’ve learned so much about being a showman and connecting with an audience from him,” Woods said.

Woods has been working with Blake on some new music with an amalgamation of his group, The High, Wide and Handsome Band, which originated almost 25 years ago.

Woods’ next gig is Monday, Jan. 30 at The Blue Room, with the In Motion Quartet, led by Woods and saxophonist Steve Tressler, performing forward-thinking original jazz with a nod to Ornette Coleman, Dewey Redman and Lee Konitz. Opening the show will be WWU’s Jazz Combo 1. Woods will also be part of a Jazz Project concert at 4 p.m. Sunday, Feb. 19, with Josh Cook, Bill Anschell, Jeff Johnson and Jud Sherwood at the FireHouse Arts and Events Center.

Although he loves performing and is glad to be back onstage on a regular basis, Woods said teaching seems to bring him the greatest pleasure.

“I feel so honored that I get to guide students on their journey to finding their own musical voice,” he said. “I literally skip to work every day! Of course, I help them with the basics of musicianship, musical aesthetic, rhythm, melody and harmony, but the most joyous moments are when a student or group reaches that level of trust and vulnerability where true expression can happen. It might just be for a measure or two, but it’s like a blazingly bright ray of sunlight bursts to life in the room.”

For more information about Woods, go to kevinwoodsjazz.com or his Facebook page.