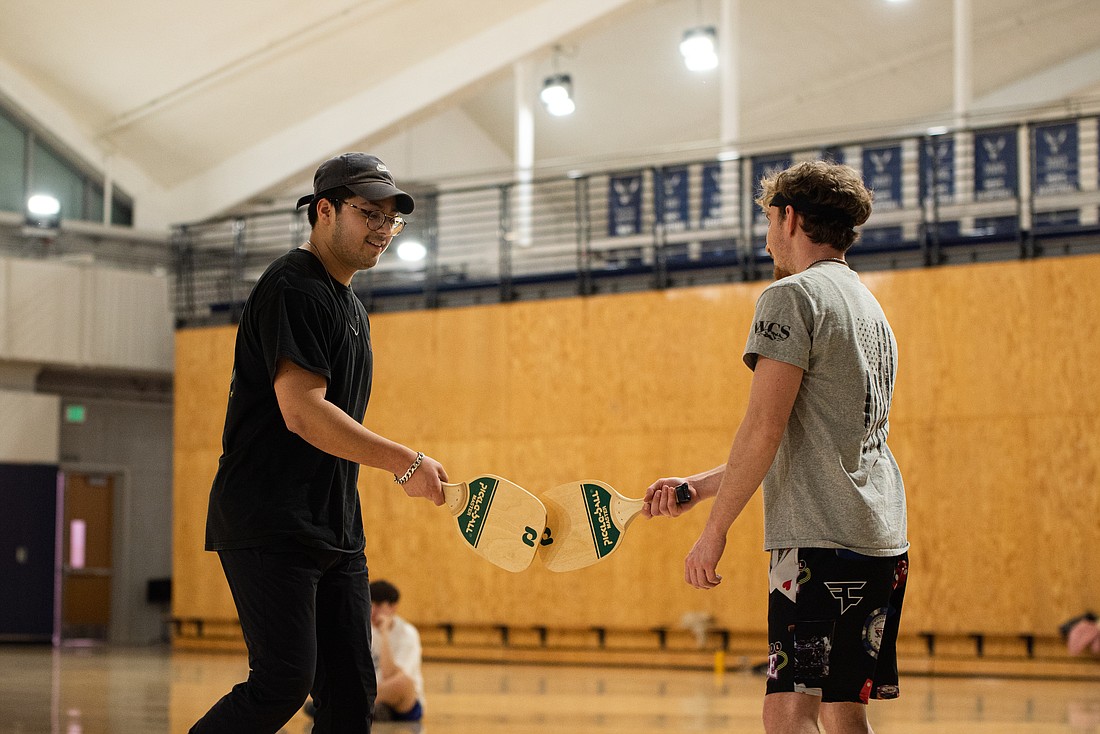 In the first week, 12 teams gathered to play in the new student venue for Washington's state sport.

“I'm seeing nothing but good things coming forward,” Western Intramural Coordinator Lucy Caples said. “I had a few of my employees actually play during those games, and they said it was a lot of fun [and] that they really enjoyed themselves.”

Despite a successful evening, the night started off with an issue: the supply closets where the equipment was held were locked. 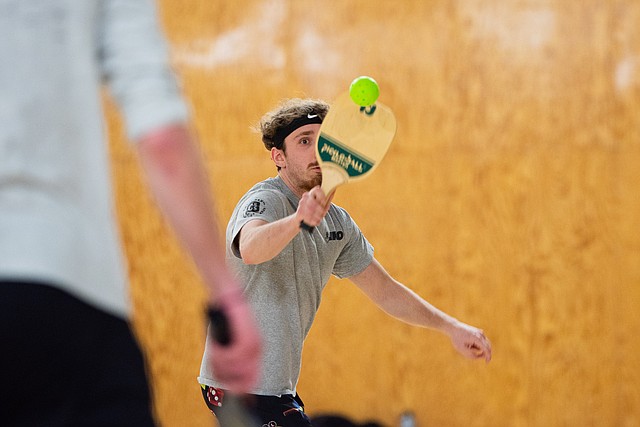 Western student and Intramural Supervisor Zen Hill said they ran back to the rec center to get other pickleball gear, but when they tried to set it up, it wasn't compatible with the court.

“It was square pegs, round holes,” he said. “The best thing we could do was find some chairs, find a ladder and have someone hold a net … and no one's had a problem with it, everyone's super nice.”

Players ranged in skill, but more experienced players weren't shy to offer advice to newcomers throughout the games.

“It's not like we're having super unbalanced games, beginners can still hang on because I think pickleball is a relatively easy game to pick up,” Hill said. “It’s been fun. It’s really chill, too, and I think that’s the best part about it; it’s not ultra-competitive.” 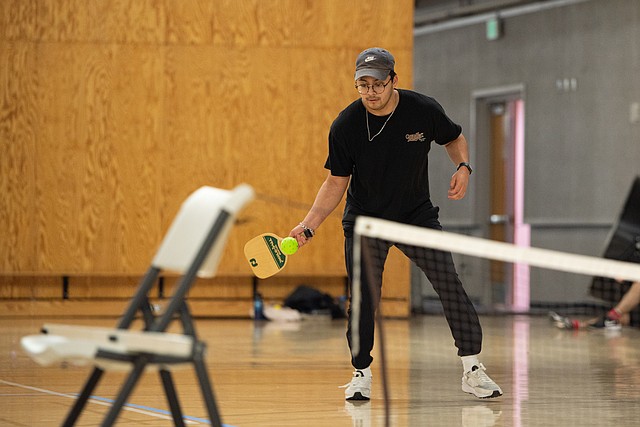 In November, Campus Rec hosted a pickleball tournament to gauge the intramural sports community at Western. Every single spot that was available filled up and a student pickleball community was realized.

“We're reaching a new group of students, which is always a good thing and really exciting,” Caples said.

Teams get to play two back-to-back games between 8 p.m. and midnight on Sunday nights. The six-week season will culminate with a tournament where teams will have the chance to win an intramural champion shirt.

Longtime friends Tyler Brill and Yosmith Hernandez joined the league after missing the chance to play in the tournament last fall. They had both played before, but never in an organized league.

“We're trying to win it all,” Hernandez said. “We want the shirts and the trophy.” 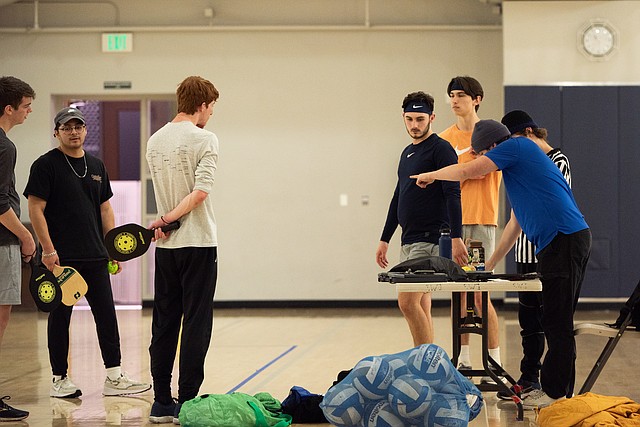 Zen Hill, far right, points as he organizes teams before the next pair of games start. (Finn Wendt/Cascadia Daily News)

Team registration fees for the league cost $50, higher per capita than any other league offered, which may have resulted in a barrier to entry for some athletes. However, this is typical with new leagues because they have to cover a bit of the new equipment cost and they will reduce the cost for future seasons, Caples said.

While new teams can no longer register, individual players can still join teams. Western also offers a pickleball class to students for credit each quarter and also offers a popular pickleball section of its faculty and staff wellness program.