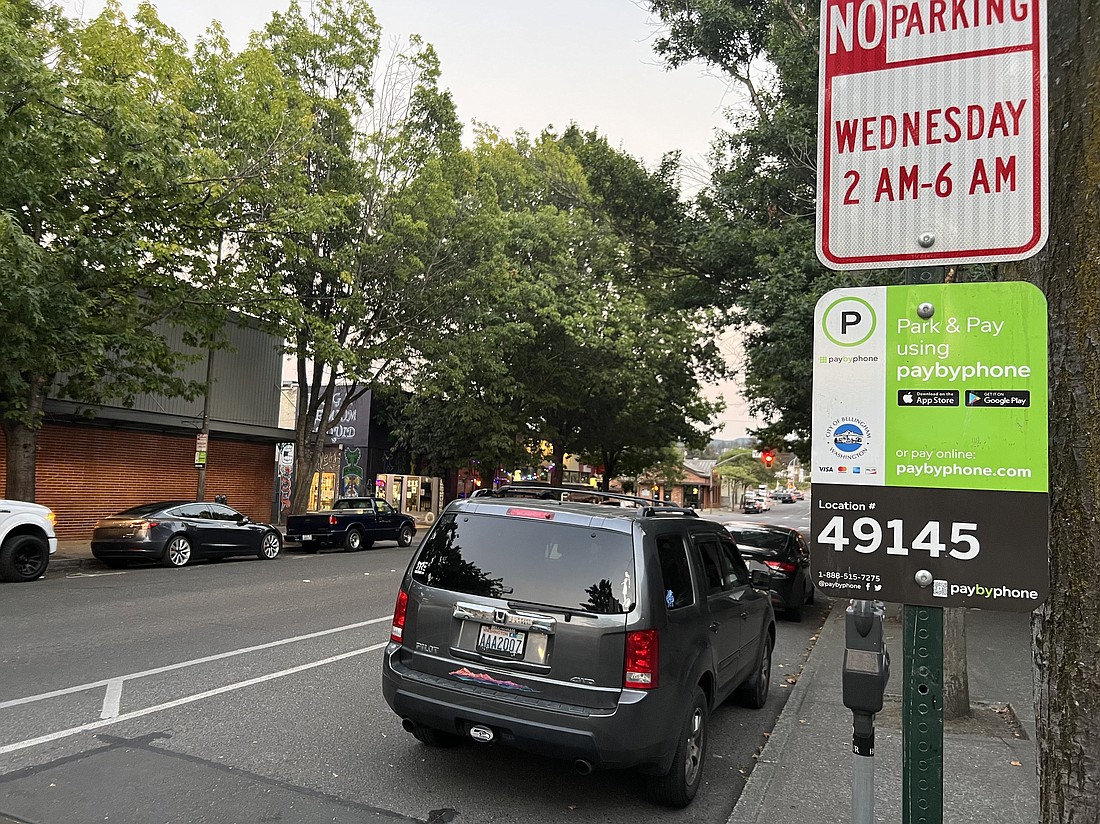 Vehicles park in paid spaces on Bellingham's Magnolia Street in September. Responsibility for parking enforcement in the city will move from the police department to Public Works in the coming months. (Ralph Schwartz/Cascadia Daily News)
By RALPH SCHWARTZ
Staff Reporter

In the coming months, if you get a parking ticket for failing to feed the meter, don’t curse at the Bellingham police.

In a sense, the council already approved the switch late last year when it added the parking enforcement positions to the Public Works Department’s 2023-24 budget.

Parking enforcement will look the same under Public Works.

“The day-to-day functions of writing parking tickets for people like me who have forgotten to pay the meter from time to time, that’s just over to the Public Works Department,” Johnston quipped Monday, when he briefed the City Council on the move.

Parking enforcement isn’t always this straightforward. Public Works officers will be responsible for ticketing vehicles that violate a city rule that prohibits vehicles from parking in the same spot for more than 72 hours — including vehicles occupied by people experiencing homelessness.

Dealing with the people in those vehicles, however, remains in the hands of Bellingham police.

“If a vehicle is parked longer than 72 hours … and for whatever reason that individual is choosing not to respond, that may need to involve a commissioned (police) officer,” Johnston said.