No win streak is safe in January 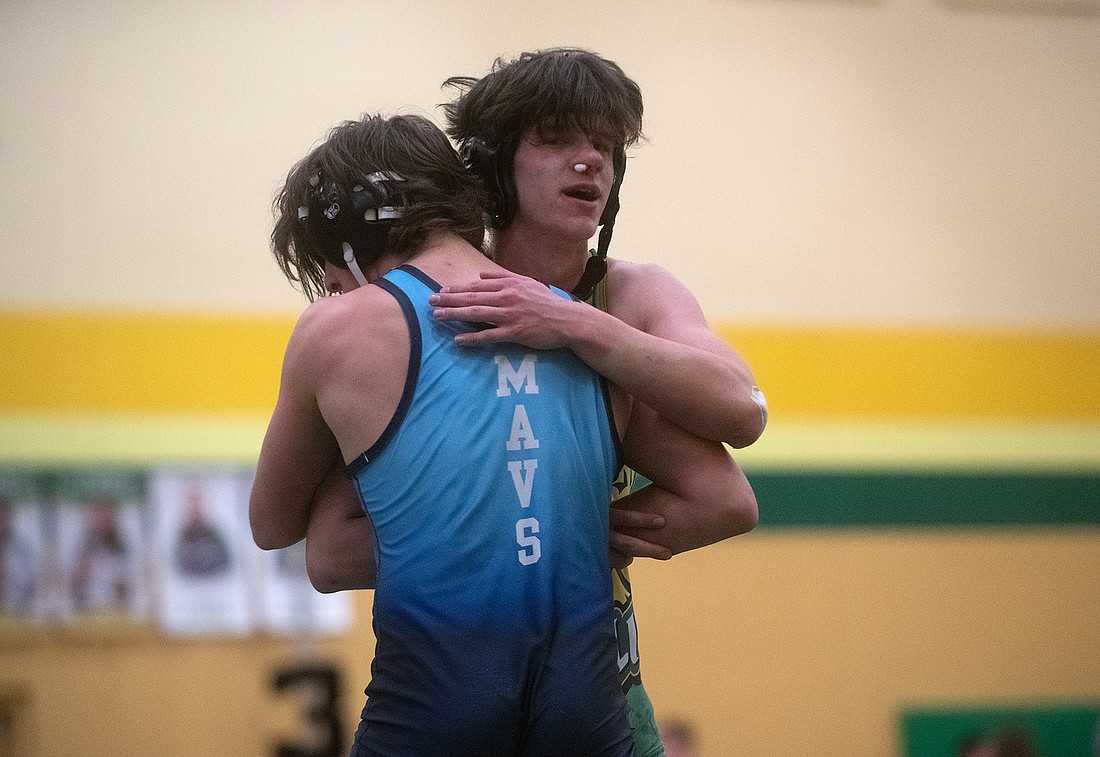 The end of the regular season is near. Lynden and Anacortes sit atop the Northwest Conference standings, both with 14-1 overall records and 10-0 resumes in league games.

Lynden defeated a hot Mount Vernon squad 72-52 on Jan. 20, setting up a date with Anacortes on Jan. 25. The winner will take sole possession of first place in the NWC.

Sehome came up big with a 76-64 win over Lynden Christian on Jan. 19, and the Mariners are still in contention for first place heading into games with Ferndale (Jan. 23) and Lynden (Jan. 27) this upcoming week.

Blaine will be put to the test this week, playing Mount Vernon, Lynden Christian, Anacortes and Sehome over eight days. The Borderites, however, picked up two nice wins last week with a 90-49 victory over Mount Baker on Jan. 16 before taking down Burlington-Edison 74-72 on Jan. 20.

Meridian and Nooksack Valley continue hanging around in the middle of the pack. The two teams met on Jan. 17, with the Trojans triumphing 68-50. Senior Hunter Jones led a batch of four double-digit Meridian scorers with 16 points. Sophomore Talon Jenkins and senior Tyrel Brooks added 14 for the Trojans while freshman Jaeger Fyfe tallied 12. 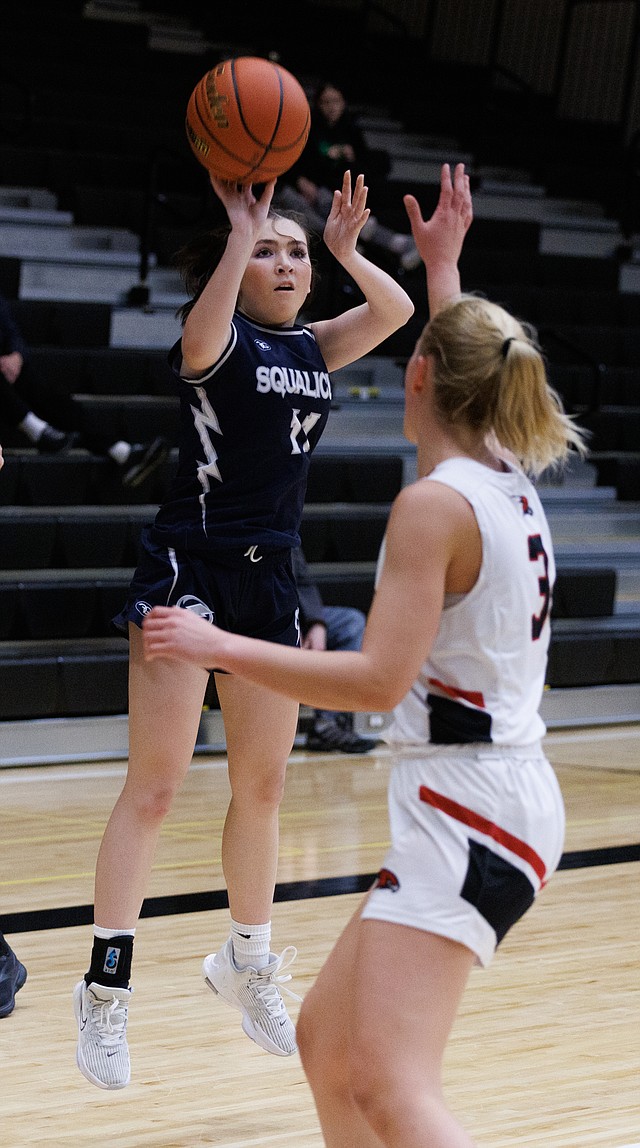 The Lions dropped a close one to Burlington-Edison, 47-45, on Jan. 18, for only their second league loss of the season.

B-E has won eight of its last nine games, and the 2022 2A state runner-ups are now making a late-season run toward the upper echelon of the NWC.

Ferndale also suffered a critical, narrow loss last week, falling to Anacortes on the road 34-33 on Jan. 20. The Golden Eagles will have a chance to get back on track against Sehome on Jan. 23.

On Sehome, the Mariners had their nine-game winning streak snapped by Lynden Christian, 53-32, on Jan. 19. They will also be looking for a bounce-back game when making the trip to Ferndale.

Nooksack Valley still has its foot on the gas pedal, refusing to lose to a league opponent. The Pioneers beat Meridian 69-22 on Jan. 17 and Mount Baker 73-33 on Jan. 19.

Squalicum continued to push back into the mix, winning each of its last three games. The Storm crushed Sedro-Woolley 65-18 on Jan. 17 before beating Bellingham 56-32 on Jan. 21.

Ten NWC teams met at the Vanderzicht Memorial Pool in Oak Harbor from Jan. 20-21. Lynden, Sehome, Squalicum, Bellingham and Ferndale all competed at the meet.

Lynden posted the best team score among Whatcom County schools, finishing second behind Anacortes with 208 points. Sehome was on the Lions’ heels in third with 206, and Squalicum took fourth at 182. Bellingham (78) and Ferndale (18) rolled in at seventh and 10th, respectively.

Local teams will wrap up their regular-season duals from Jan. 24-26 before districts begin on Feb. 10.

Bellingham and Blaine were just two of 63 total teams that attended the 2023 Lady Huskie Wrestling Invite from Jan. 20-21 at Othello High School.

The Bayhawks’ Isabella Phillips finished first in the 190-pound weight class, defeating Toppenish’s Makayla Torres via pin in 5:44 for the title.

Frances Porteous nearly nabbed Bellingham’s second first-place finish at 155 pounds, but she lost to Toppenish’s Ruby Rodriguez-Rios by 5-2 decision in the finals.

Genesis Vazquez led Blaine with a second-place finish in the 105-pound weight class. Vazquez was pinned in the first-place match by Toppenish’s Sophia Torrez.

Meridian was led by a finals victory at 155 pounds from Madison Brzozowski, who pinned Lynden’s Olivia Castaneda in 4:12. Mirage Deneal took second for the Trojans at 130 pounds, falling to Lake Stevens’ Madisen Bowers in 1:23 during the first-place match.

Mount Baker finished second as a team with 178 points while Meridian took sixth with 84. Lynden captured ninth among the 18 teams with 55 points.

All good things must come to an end, and such was the case with Western’s 14-game win streak.

The Vikings, riding high off a close 58-53 win over Seattle Pacific two days prior, were downed 73-61 by Montana State University Billings on Jan. 21. It marked Western’s first loss since Nov. 18, 2022, in its first game of the season.

Western tied its season-high for team turnovers in a game with 24 and season-low in rebounds with 33.

The Vikings, now 14-2 overall and 8-1 in Great Northwest Athletic Conference games, will remain on the road for the second-consecutive week, traveling to Alaska Fairbanks on Jan. 26 and then Alaska Anchorage on Jan. 28. Both games tipoff at 8 p.m. 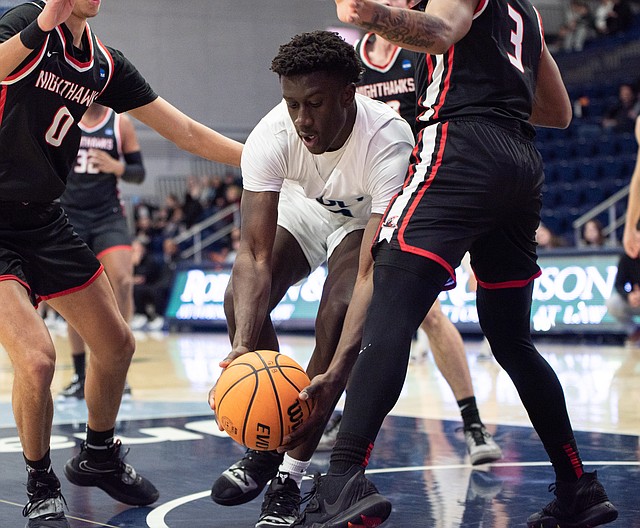 Before taking down Northwest Nazarene on Jan. 21, Western dropped a close one to Central Washington 84-82 at home on Jan. 19.

Western is now 11-8 overall and 4-5 in GNAC games with the added benefit of staying home next week. The Vikings will host Saint Martin’s on Jan. 26, followed by Western Oregon on Jan. 28. Both games will tipoff at 7 p.m.