Let's move onward, upward — and out of the woods 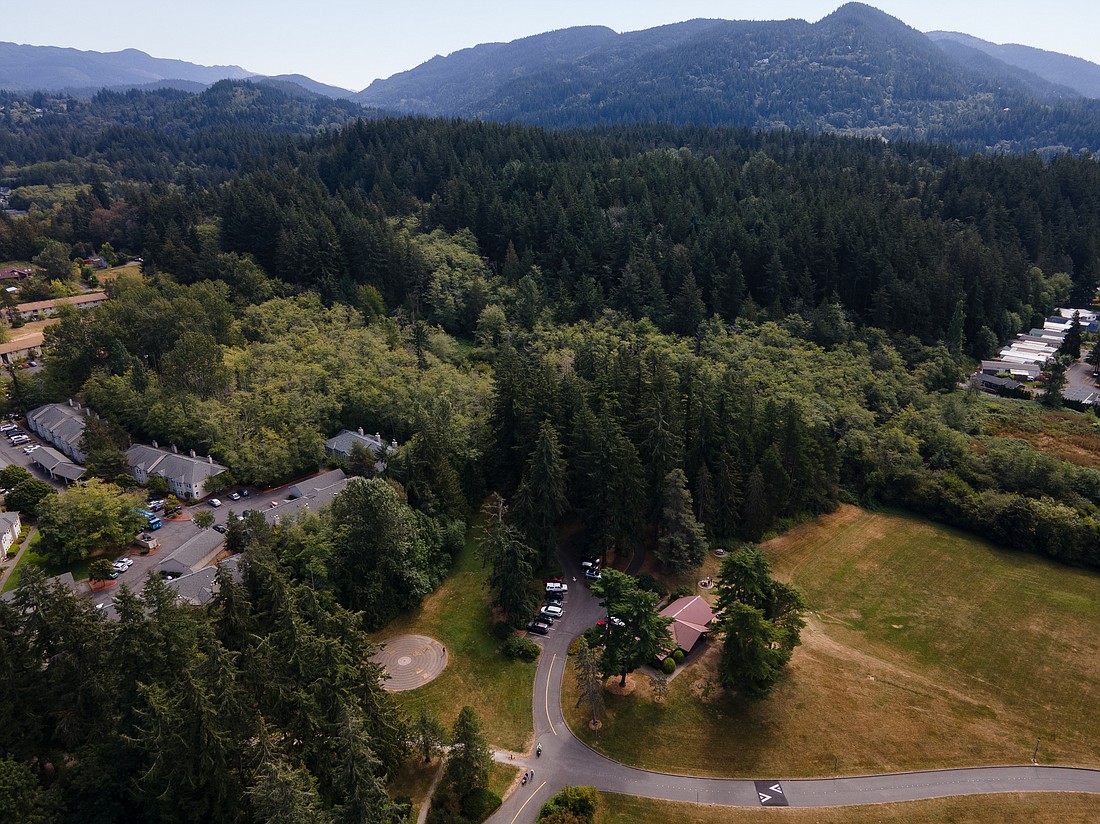 The phrase was uttered under my breath a few times over the past few weeks as a battle royale of words and ideas played out in these pages over the future administration of a single city park.

To be clear: I appreciate the passion, enthusiasm and certainly the flow of letters and even dueling guest commentaries over the infamous Hundred Acre Wood, near Fairhaven. It’s why we’re here: to provide an open tableau for discussion of important issues of the day.

And parks, especially in this town, are important. No quarrel; I’m a frequent user, and the city’s renowned park system was something that helped lure this long-ago Western student (we used to hunt mammoths on the ice floes in front of Old Old Old Main) back to Bellingham 23 years ago.

But I'm waving a hand here furiously for the waiter to bring a reality check.

My own crabby outsider impression is that the Chuckanut Community Forest Park District board is another Bellingham body run by folks with entirely too much time on their hands, using a small bit of granted authority as a bellows to fan a public bonfire, not always resulting in the best public policy.

In this case, and many others, commissioners have such lofty visions that they refuse to take “yes” for an answer.

The entire point of forming this taxing district a decade ago, in the eyes of average ‘Hamsters, was to help fund and manage the conversion of an 82-acre parcel long set aside for housing into a city park. Thanks to a bit of historical kismet — the failing of a bank, the former landowner, front and center — a large swath of South Bellingham was thus “saved” from development and placed in public hands for long-term preservation as a park.

That work is done, but the board keeps on meetin' and taxin' because it has assigned itself grander ambitions: preserving this swatch of not-old-growth trees and brambles for all time and eternity, with written protections against possible improper uses (bikes and dogs, oh my!) by possible enemies of The Grander Green, which apparently includes the Bellingham Parks Department.

In some towns, the park conversion would have been hailed as a significant victory, an opportunity for group back-patting, and moving on. Here: simply a launching point for additional procedural dithering!

You might call this an expected minor skirmish, one of many to come, in the Inevitably Losing Battle Against Growth. If you want to continue to argue the details, party on, kids. It’s all here in our pages.

But some of us would rather move on, and one of us hereby invites others to come along and direct that fire hose of civic angst toward burning fires that actually matter:

The double-edged sword of the truly insane cost of living here and homelessness. Fact: We lack a broad range of public policy tools likely to serve as effective shields against prevailing market forces. That doesn’t mean we should not try anyway, nor fail to act compassionately to those left out in the cold, whether literally or figuratively.

It’s a simple equation: We have more and more people, for myriad reasons, attempting to survive entirely outside. Do we care enough to use what’s at our disposal to help the ones who need and want help? It is, or was, basic humanity. But the jury is out. Remember: Baby steps are still steps — and significant forward motion for the baby.

Related subject: the growing concern of “climate resiliency.” Much has been made about the city of Bellingham’s easily mocked, set-a-model-for-the-rest-of-the-globe measures, such as an ill-defined, taxpayer-financed Climate Action Fund, now shelved for further … shelving?

But local government can and must play a critical role in helping residents — ranging from the overheated elderly to freezing children, to flooded farmers and Indigenous communities, to the unhoused — survive the climate changes that are being thrown at us, now at a constant rate. It’s a front-burner issue, no natural gas pun intended, with serious climate-justice issues intertwined.

“Right-sizing” public safety. Sorry for the bureaucratese, but it applies here. For the average person, the recent back/forth swing between under- and over-policing is dizzying. Let’s take a step back and figure out, with some degree of consensus, what level of public services should be performed by cops, and what might better be handed off to more qualified, and less costly, professionals and even volunteers.

More meaningful access to government, for all constituents. Want to create momentum to save democracy? Make a democracy that works for its subjects. Some savvier local leaders are finally grasping that it’s not good enough to open your doors (be they electronic, or the old-fashioned hinged type) and wait for public participation to flow in. In the present and future it must be more about reaching out.

It's tedious, laborious and sometimes contentious. But when public activists and government types work together to get true buy-in for important reforms, the results can be life-changing. The recent formation of the Whatcom County Racial Equity Commission might serve as a fine example here.

We at CDN stand ready to reflect on any steps — both baby and grand — to address these problems. They may not be as sexy as the ability to write a ticket for an unleashed dog out in the scrubby alders behind Fairhaven. But everyone chooses their own battles.