Local game enthusiasts sampled tea and played Dungeons & Dragons and other games at the grand opening of D&Tea, a new James Street tea shop centered around board and role-playing games, last night.

To mark the occasion, the business opened its main game room to the public for the first time, allowing patrons the space to play any of several games lining the establishment's shelves. A smaller room at the front featured custom teas such as “Palace Elixir,” “Elven Bazaar” and “Tavern Brawl.”

Peacock had been selling sets of D&D dice at conventions for about a year but felt they needed to come up with a more unique idea. 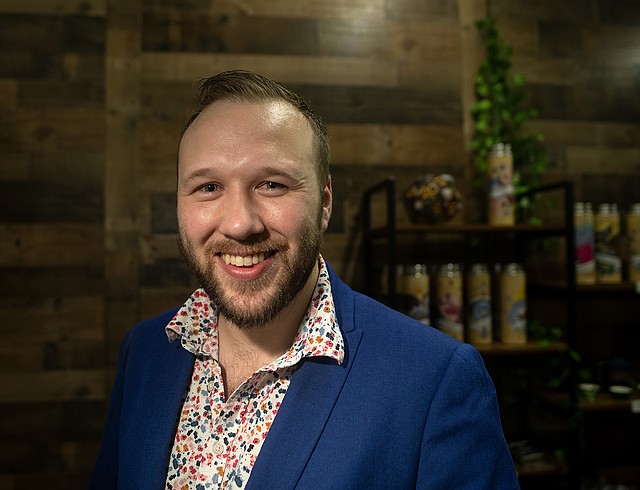 CEO and co-founder, Travis Peacock, and their business partner, Gideon Jones, not pictured, held a grand opening for D&Tea on Friday for their new James Street tea shop, which is centered around board and role-playing games. (Trenton Almgren-Davis/Cascadia Daily News)

After consulting with their business partner, Gideon Jones, who immediately bought in, Peacock set to work making D&Tea a reality, selling tea at various conventions beginning in 2019. After seeing convention-goers wondering online where to find the tea, the duo decided they needed to sell the tea online.

After a highly successful Kickstarter campaign — the highest-grossing tea-related Kickstarter in the site’s history, Peacock noted — D&Tea began selling tea online. They bought the physical shop about six months ago.

“It’s humbling and amazing that we have so many people who really care about what we do,” Peacock said of the campaign. 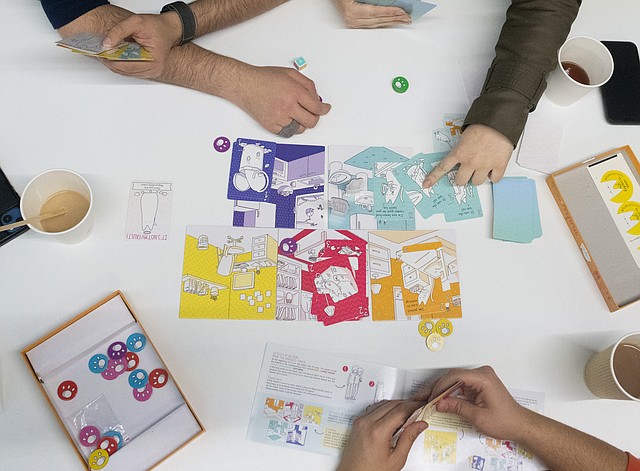 Now that D&Tea is fully open, Peacock said they want to start experimenting with programming for the space. Potential events include book readings, improv performances and live music to accompany gameplay.

“There are cool, experimental things like that that I want to do, and as long as people trust me enough to be coming to the store, sitting down and having tea, then we will then expand that and do cool stuff,” Peacock said. They also hope to launch six new teas soon.

D&Tea seemed to be off to a strong start Friday, with its tables packed with patrons of all ages enjoying games, tea and snacks together.

The shop is “pleasantly misleading from the front,” one patron said, referring to the shop’s small stature from the outside compared to its more spacious game room.

For Alex Stark, another patron who began playing D&D during the pandemic, Friday’s grand opening was their first in-person game. “I get really nervous with big crowds,” they said, “but it seems really chill.” 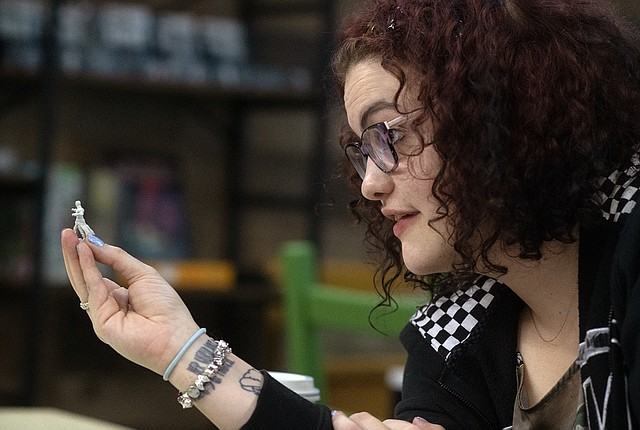 First-time player Gina Tin brought her daughter, Julia Tin, 8, and son Isaac Tin, 14, who had been playing for a few years. “I wanted someplace that we could connect,“ Ginna Tin said.

Opening night was “the big stress test” for the shop, Peacock said, and the crowded game room showed it passed with flying colors.

“I just want people to have a really cool experience with the brand D&Tea,” Peacock said. “And what better way to grow connections than over a cup of tea?”