The Falcon has landed

Local musician loads up on gigs, fans and genres 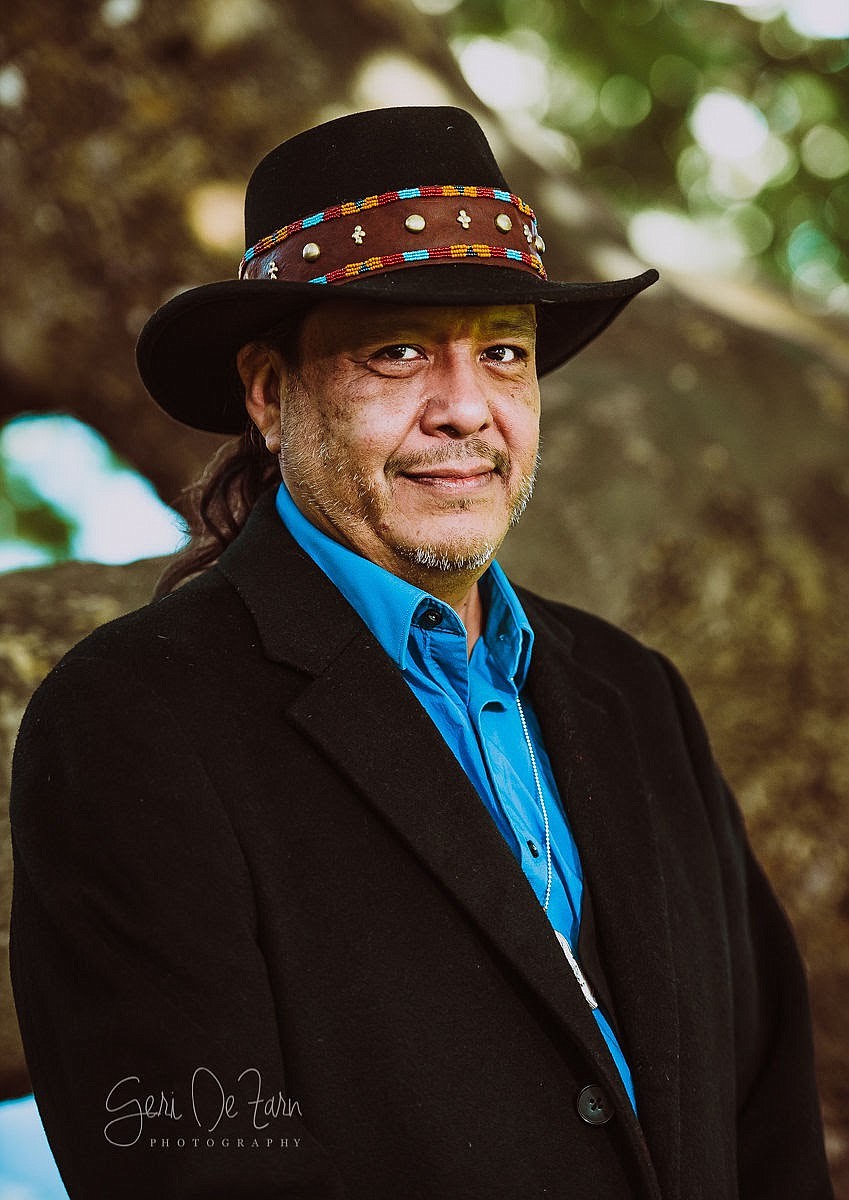 Local musician J.P. Falcon Grady has amassed a huge repertoire of songs among numerous genres, from folk to classic rock, blues, country, reggae and more. With a gig load often in the neighborhood of 20 shows a month all over northwest Washington, there’s a pretty good chance he’s performing at a venue near you sometime soon. (Photo courtesy of Geri DeZarn)

Since I’ve been writing this column, the name J.P. Falcon Grady is right up there as one of the names I’ve found myself typing the most.

With a gig load often in the neighborhood of 20 shows a month all over northwest Washington, there’s a pretty good chance he’s performing at a venue near you sometime soon.

Grady is originally from Montana, a proud enrolled member of the Piikani (Blackfeet) Tribe. He’s been in Bellingham since 1986 and has been a professional musician in some way or another since 1989. One major highlight of his career thus far was opening for Joan Baez at the Mount Baker Theatre.

Along the way, Grady has amassed a huge repertoire of songs ranging among numerous genres: folk, classic rock, blues, country, reggae; whatever the crowd wants to hear. His voice is sweet and melodic with just a hint of grit, and his guitar playing fills out the sound even when he’s playing solo. Depending on the venue, he might play unaccompanied, with a variety of estimable friends, in a duo with saxophonist David Tondi, or bring in the full band including guitarist Michael Longeneker, bassist J.B. Stout, and drummer Alfred Rijkers.

When I asked Grady to describe his approach to performing, he said, “I love what I do, and the songs I sing, so I want to share that feeling with as many people as possible.”

If that sounds good to you, check him out every Thursday at That’s What I Like on Northwest Avenue, or Saturday, Jan. 14, at Skylark’s in Fairhaven. Whenever and wherever he’s playing, you can count on being thoroughly entertained.

In other news, the Underground Coffeehouse is back in action, with Harbor Day kicking off the new season Wednesday, Jan. 11.

Looking ahead, I’ve been noticing some fantastic music coming to the Skagit Valley, which you might want to get tickets for in advance. At the Lincoln Theatre, you’ve got gospel legends Blind Boys of Alabama on Jan. 29, Portland singer-songwriter Laura Veirs on Feb. 5, Johnathan Richman on March 8, and folk veteran John McCutcheon on March 27. McIntyre Hall has Celtic virtuosos Lúnasa on Feb. 24, and world/folk/rockers The Paperboys on May 5.

It seems as if a lot of locals were waiting for the new year to drop some new videos or music. The members of Willdabeast released two new collaborative singles (“Advil” and “Dirt Worship”), and Lonely Together dropped a brand new single, “The Otherside.”

Cat Valley just put out a fun video for “Dive Bar Fight Song.” Make.Shift’s ongoing video series, Makeshiftv has a new episode featuring a fantastic performance by Spine Readers, plus clips of some of the other performances they filmed this year (full disclosure: I’m in one of those older clips).