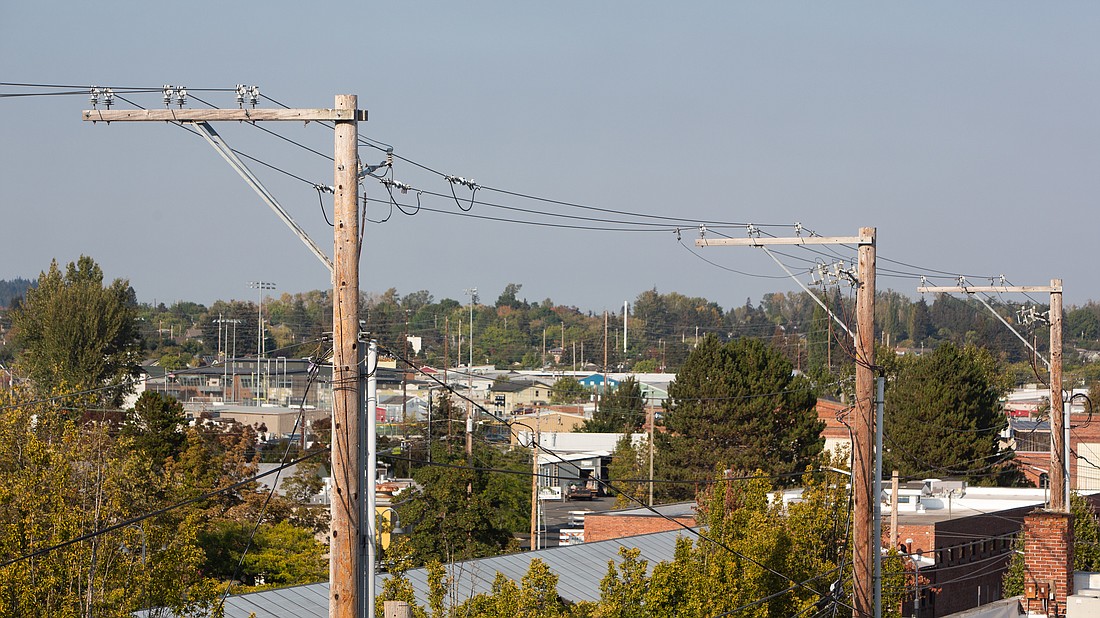 A new report presented to the Bellingham City Council Monday describes how the city might improve its fiber-optic cable network but stops short of recommending that the city compete with the likes of Comcast by providing internet service directly to customers.

The notion of city government selling broadband internet to residents has its fans, but the report concluded such a plan would be “extremely expensive, and the debt service to build such a network would be unsustainable,” Broadband Advisory Workgroup member Milissa Miller told the City Council. The consulting firm Magellan Advisors wrote the report with oversight from the citizen-led workgroup.

Bringing the existing city-owned fiber network to every home and business could add more than $600 million to the city’s debt load, the report said.

“There’s still misinformation, I think to a certain extent, that swirls around this topic,” said workgroup member RB Tewksbury, alluding to the community’s interest in having Bellingham become an internet service provider or ISP.

“It could bankrupt the city if we try to go into direct competition with the ISPs in a market that has this much coverage,” Tewksbury said.

A survey included in Magellan’s report showed 91% of respondents in the city had high-speed broadband, with almost all of the service coming from two providers: Comcast and Lumen.

The city has built its own patchwork fiber network over the past 30 years that amounts to more than 100 miles of cable, used by the city, county emergency services, Bellingham Public Schools and Whatcom Transportation Authority. Since the network was built in an “ad hoc, project-oriented” manner, per the report, it can’t easily be expanded into a citywide system.

Instead, Magellan recommended the city build out its fiber network to make it attractive on the wholesale market to certain businesses and internet service providers. The consultant’s report said more research was needed to determine the cost of such upgrades.

The report left other questions unanswered, workgroup and City Council members said. Businesses weren’t adequately surveyed, so it was unclear how well existing broadband is serving that sector. The consultant didn’t look into how Bellingham might get high-speed internet to residents who don’t have it, either because they can’t afford it or they lack the technical know-how to operate the service in their homes.

“One of our focuses was to look at the underserved and unserved market, and that ... was not really addressed from the consultant’s level,” workgroup member Steven Spitzer said. “There’s still a lot of work to do for that segment of the population.”

Gina Stark, Port of Bellingham’s broadband manager and a nonvoting member of the workgroup, said in an email the Port may be able to help the city with its broadband improvements. The Port has secured millions of dollars in grants to extend fiber to underserved and unserved parts of rural Whatcom County.

“The Port welcomes the opportunity to partner with the city — or any other public or private organization — to increase the availability, affordability and equitable quality of broadband access throughout our community,” Stark said.

Discussions are in the early stages, but some council members appear ready to make significant investments in the city’s broadband infrastructure. Councilor Lisa Anderson suggested adding a new division head in City Hall, “much like how the city funded a climate position.”

Anderson added that the city should start treating broadband like the other utilities it manages.

“Having access to the technology … is as essential to us as power, as sewer, as water,” she said. “So we really do need to look at how we are going to be staffing this system, to be able to go forward.”

City staff should be ready to resume the broadband discussion with the council in November, Public Works Director Eric Johnston said.