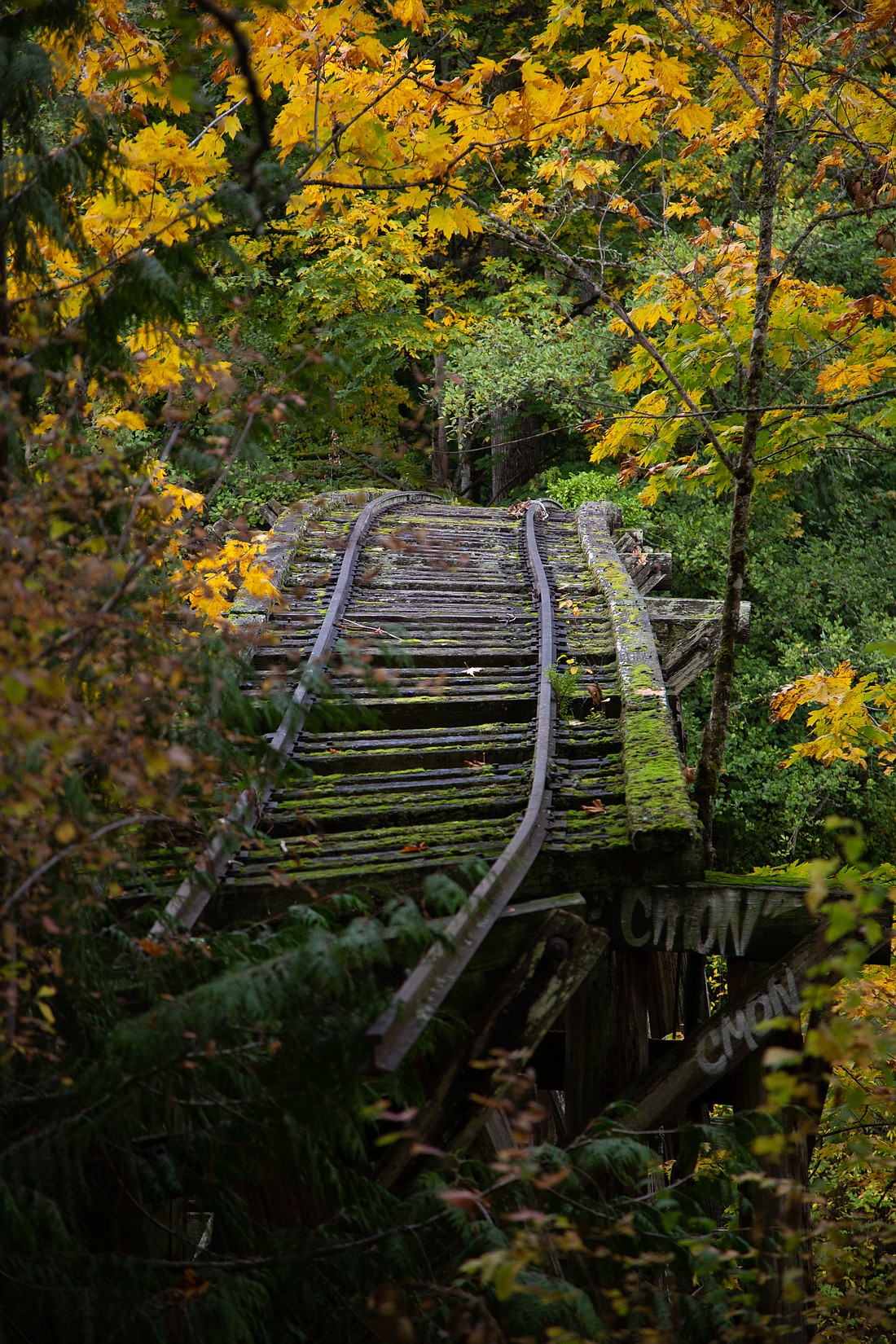 A section of abandoned railway trestle that has become a landmark in Whatcom Falls Park is set to be demolished next summer.

“It’s a disappointing truth that this structure is unsafe, and we aren't able to hold it up any longer,” said Nicole Oliver, director of Parks and Recreation for the City of Bellingham.

The structure can be viewed from Derby Pond and the surrounding pathways and is currently blocked off to stop park users from falling bolts, planks and any attempts to climb it.

Janice Carmichael, who served on the Parks and Recreation Advisory Board for six years, was among the first to notice the unsteady nature of the trestles. She said her friends had been observing the trestle, fascinated by how old the wood was.

“They were standing there and it kind of moaned,” Carmicheal said. “I’ve never heard it moan.”

She mentioned the possibility of the structure being dangerous to the Parks and Recreation Advisory Board before her friend sent her a photograph of her dog in front of the trestle.

“The dog was standing straight as an arrow … and this was like the leaning tower of Pisa — the leaning trestle of Bellingham,” Carmichael said.

She sent the photo to Oliver and suggested someone look into it.

Contractors were called to remove some pilings, and when they reached the top of the structure, they realized it was hanging from the rails at the top of the trestle. Aside from a group of small trees supporting it at the bottom, nothing else is keeping the trestle up. 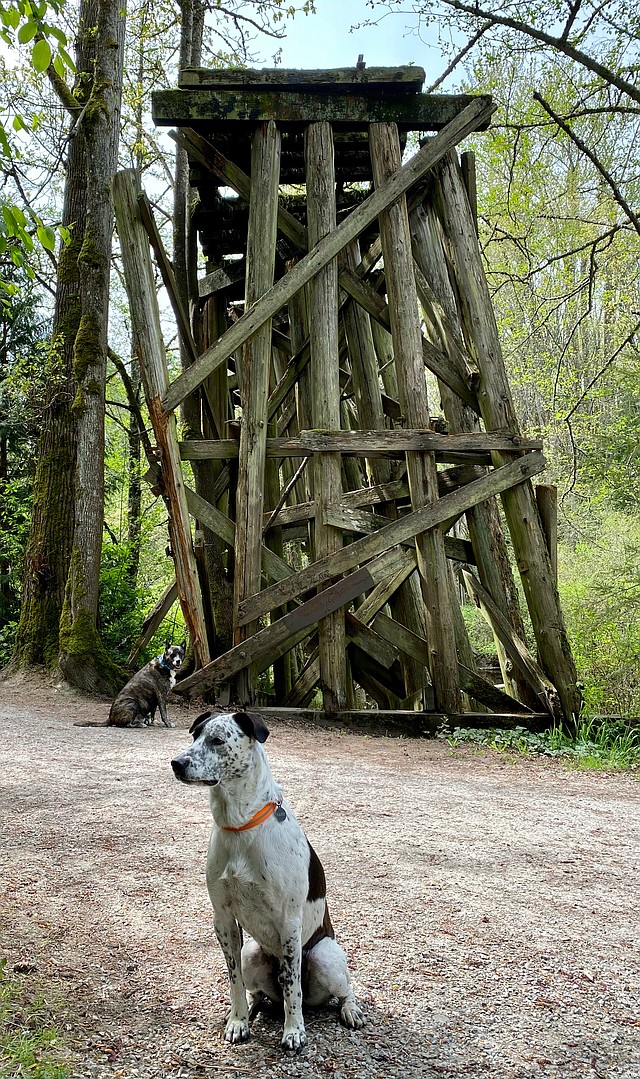 Hank the dog, foreground, and Carter stand in front of the deteriorating trestle. (Photo courtesy of Nancy Bjnero)

“It's got considerable moss and plants and material growing from the top, and then the water has definitely detached the pieces from the piling,” Oliver said.

While citizens of Whatcom County are sad to see this iconic structure go, “once people looked into it and saw the condition, they realized themselves that it wasn't salvageable,” Oliver said. “The mayor even really wanted to make sure that there was no way we could save it.”

Carmicheal fondly remembers visiting the structure when she first moved to Bellingham. Her husband attempted to walk out onto it, a feat that is now impossible.

“I remember talking to my neighbor recently, her and her husband cross-country skied across at some point in the early '80s. It wasn't in this condition; it was much better,” Carmichael said.

The railway trestle was used to move lumber from the Bloedel-Donovan Larson Mill to the Bellingham Bay waterfront from the early- to mid-1900s.

“It was constructed in 1915, and of course over the years it was maintained and fixed so there are probably components in there that are a little more up to date,” said Jeff Jewell, an archivist and historian at the Whatcom Museum.

The railway was part of the Chicago, Milwaukee, St. Paul and Pacific Railroad. The trestle was used until 1959.

“It's managed to hold steady up to this point, but we were hoping to take it down this summer and we missed the window due to fish permitting,” Oliver said.

The process of demolition is a complicated one that requires several permits. Because the creek is fish bearing and the wood could have hazardous material, significant research and work has to be done to ensure a safe and conscientious removal.

The wood of the trestle has been preserved with creosote, a dark-brown oil distilled from coal tar.

“We know it’s not the worst kind, but it’s not like it’s something that is totally natural that we can spread about,” Oliver said.

Oliver is optimistic that the trestle can survive until next summer when they will have the appropriate permits for demolition.