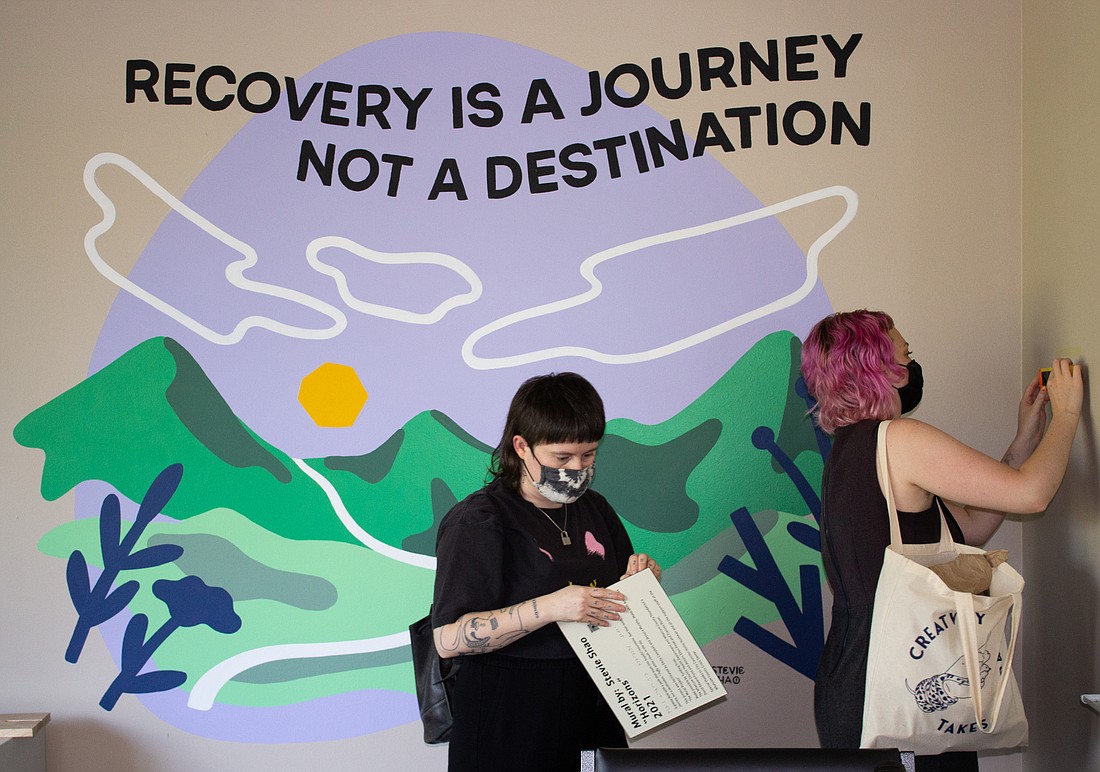 When the Whatcom County Crisis Stabilization Center opened in winter 2021, the 32-bed unit was in need of a more inviting and calming atmosphere.

Bellingham City Council member Hollie Huthman, a former board member at Make.Shift Art Space, was able to arrange a unique partnership between the gallery and Whatcom County Health Department to do just that.

Make.Shift Gallery Director Emily Campbell and Executive Director Jessyca Murphy felt a series of murals would best fit the needs of the center, located at 2030 Division St. in Bellingham. 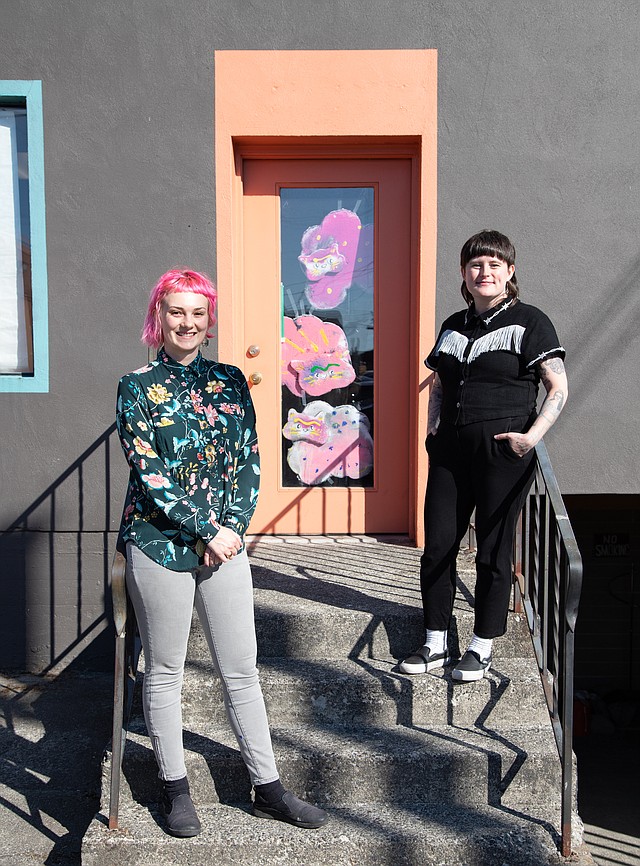 The stabilization center is split in two, one half focusing on patients struggling with mental health and the other serving as a detox center for those facing addiction. Due to a typical patient's sensitive emotional state, the Health Department felt it was important to create art with a calming effect.

The first step of the project began when Campbell and Murphy visited the newly built center to see their blank canvas and talk with staff.

“I feel like they were some of the people that were going to see it the most, so I was wanting to kind of do something for them as well,” Campbell said.

The staff had several ideas that were later incorporated into the murals, such as a sunset, wisteria trees and the quote: “Recovery is a journey, not a destination.”

After having the preliminary sketches and key concepts of the murals down, the search for artists began.

Typically, murals are high-contrast, attention-grabbing pieces of art, but this project was best suited by serene imagery and soft colors. 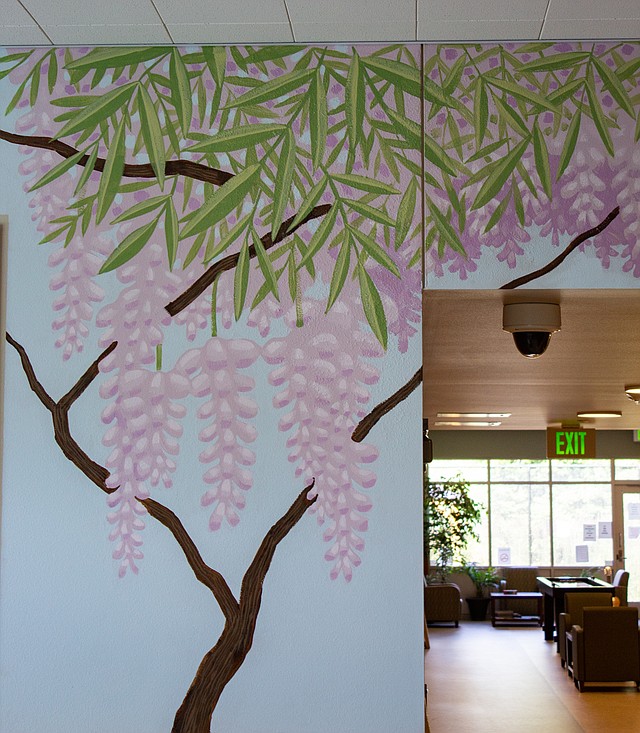 Campbell said she searched Instagram for local artists who could bring the style they were looking for to fruition. She also looked for artists who had a clear grasp of color theory, helpful when painting the murals in a tranquil aesthetic.

Campbell and Murphy said it was important to them to search for artists coming from diverse backgrounds, who had their own unique relationships with addiction and mental health.

“We had those conversations with the artists and made sure they were people that wanted to be doing work in that area and could have a certain sensitivity,” Campbell said.

After reaching out, explaining the project and discussing the technical details, they landed on three artists.

Glynn Rosenberg, Stevie Shao and Jes Bonin worked on separate murals within the facility, all focused on natural calming elements.

Rosenberg, a non-binary artist based out of Seattle, painted a mural in the mental health gallery titled “24 hour sky.” 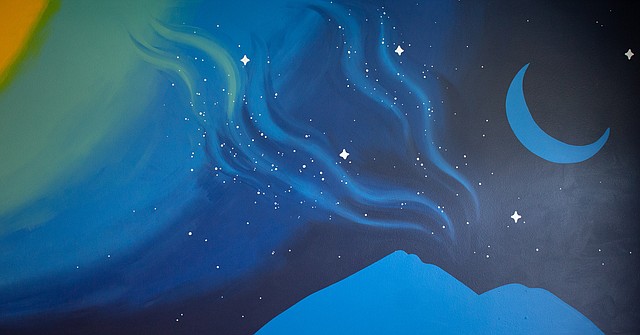 Though Rosenberg toned down their normal color palette, the piece still incorporated vivid hues in order to paint a Bellingham-inspired skyline. Rosenberg's mural may have ended up brighter than originally wanted, but they felt it was important to have a piece that invites an onlooker to experience the sky.

The concept was brought by Campbell and Murphy, but Rosenberg was able to channel their own mental health struggles into the art as well.

“Nature is a really good measure of time and a good way to check in with yourself,” Rosenberg said.

In their struggles, Rosenberg found the idea of sunsets and sunrises to be grounding.

“It's the one constant we can count on,” Rosenberg said. “Just knowing that tomorrow is going to be there can be really helpful in hard situations.”

Each of the murals can be viewed at makeshiftartspace.org/muralproject.