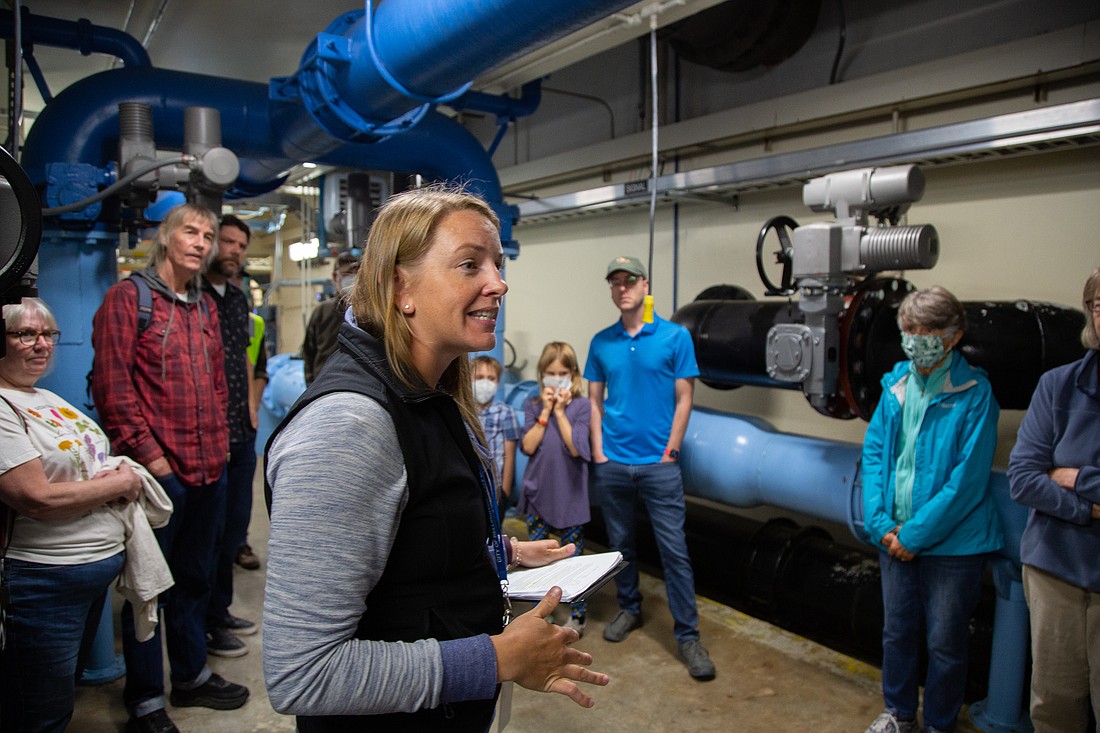 Forty feet below the surface of Lake Whatcom, off the shore of Geneva in the bottleneck that separates the northern tip of the lake from its southern basins, a 1,200-foot wooden pipe shuttles gallons of water from the reservoir to the Bellingham Water Treatment Plant.

There, the water flows through a gravity-propelled maze of pipes, holding tanks and filters where it transforms from lake water to drinking water. The plant processes an average of 10 million gallons per day to provide clean water for more than 100,000 people in Bellingham and Whatcom County.

Lake Whatcom’s water comes into the treatment plant clean compared to other municipalities that use surface water as a drinking water source, said Peg Wendling, the water quality technical supervisor at Bellingham Public Works. Unlike rivers, where variables like pH or suspended solids can fluctuate and jump wildly from day to day, the raw water from Lake Whatcom generally stays consistent. 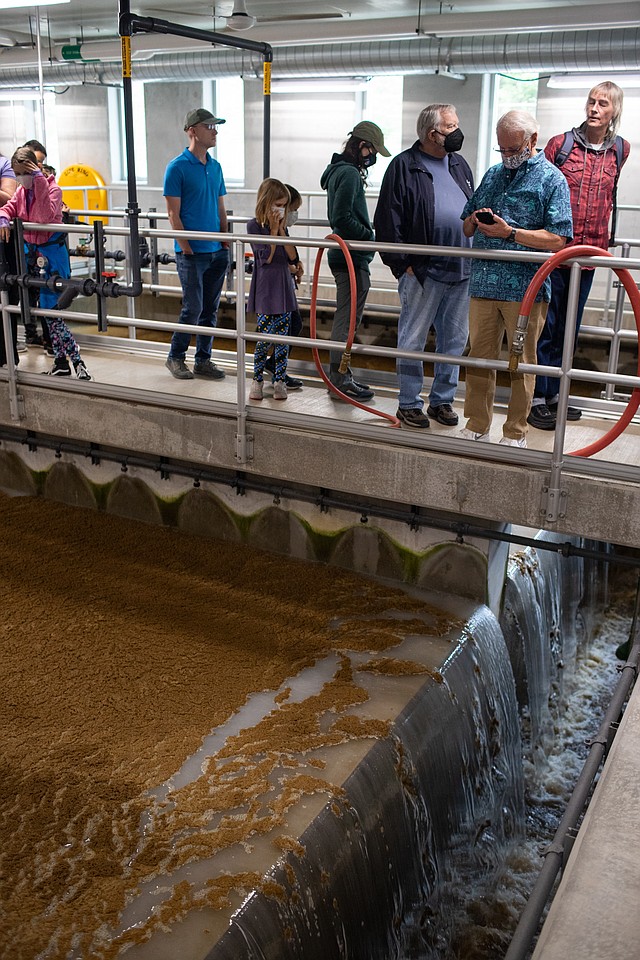 Coagulated dirt and algae — known as floc — floats on the top of the tank and will eventually be skimmed off and sent to the wastewater treatment plant. (Hailey Hoffman/Cascadia Daily News)

However, researchers have been investigating increasing levels of nutrients, bacteria, hydrocarbons and other water contaminants in the lake for the past 40 years.

In the DAF system, the incoming water is held in large tanks and mixed with aluminum sulfate and polymers. The aluminum sulfate acts as a magnet, attracting all of the dirt and algae particles together in clumps, while the polymers act as a glue that sticks the particles together. Tiny air bubbles are flooded into the tank from the bottom, pushing the coagulated mess of dirt and plant matter to the top before it is skimmed off and sent to the wastewater treatment plant.

That advanced filtering process makes the subsequent filtering more efficient, Leininger said, and has allowed the more fine-particle filters to last longer with less need for constant washing and maintenance. 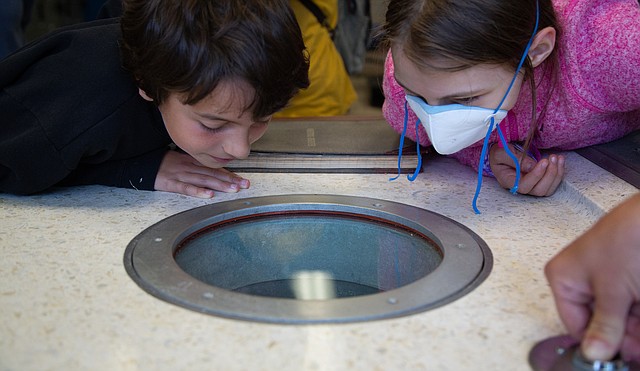 As Lake Whatcom’s watershed becomes increasingly urbanized, upgrades like the DAF system are necessary as the water changes. Lake Whatcom has been closely monitored since 1962, when the City of Bellingham, Whatcom County and Western Washington University first began sampling and testing the water to understand the lake’s long-term health.

In 1998, the Washington Department of Ecology (DOE) placed Lake Whatcom on a list of polluted water bodies requiring environmental cleanup. Since then, the city, Whatcom County and Western have been working with the DOE and the Environmental Protection Agency to create a comprehensive water quality improvement plan.

James Kardouni, the water quality study lead with the DOE for the Nooksack Basin, has been working on the Lake Whatcom water quality study for two and a half years. Protecting the lake for human use and recreation, as well as for the fish species, like Kokanee salmon that depend on it, is a top priority, he said.

The reservoir has consistently missed the state-regulated mark for dissolved oxygen, or the amount of oxygen in the water available for animals and plants, because the water is flooded with excess nutrients like phosphorus that drain into the lake in stormwater, according to the DOE.

A naturally occurring element commonly found in fertilizers, phosphorus spurs plant and algae growth. But too much of it concentrated in water bodies leads to large algae blooms, which eventually die and sink to the bottom. Bacteria feasts on the decaying algae and consumes the water’s dissolved oxygen in the process. 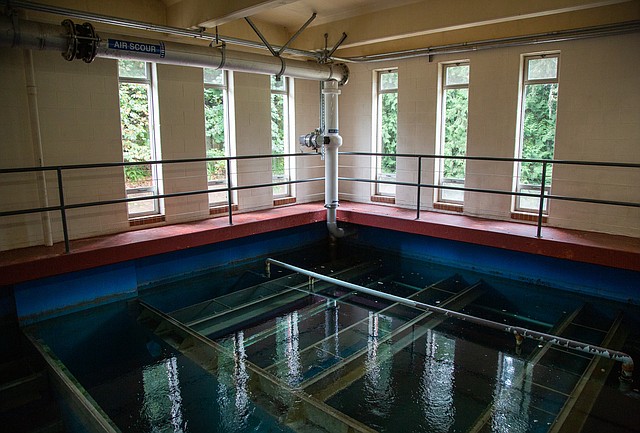 For lakes with water quality like Lake Whatcom, the DOE sets a phosphorus limit of about two-tenths a drop of water per liter or less. Lake Whatcom’s phosphorus has clocked in at double that every year since 2003.

Kardouni said the main culprit for the glut of phosphorus in the water is stormwater runoff, the water that washes over the non-absorptive roadways, driveways and roofs that cover the developed areas around the lake before seeping into ditches or creeks that drain into the reservoir. Undeveloped land can filter out the naturally occurring phosphorus before it reaches the lake, but developed areas like lawns don’t have that filtering capability.

To preserve undeveloped land around Lake Whatcom, the city has a land acquisition program funded by watershed fees. As of June 2022, the city spent $35.5 million to acquire more than 2,400 acres of protected land.

City initiatives to ban phosphorus fertilizer in the entire watershed and educate the public on minimizing phosphorus waste are also important pieces to prevent too much of the nutrient from being there in the first place, said Andrea Reiter, environmental education and outreach specialist for Public Works Natural Resources.

Excess algae in drinking water sources makes treatment more expensive, and also presents a chemical conundrum. As algae decays, it excretes dissolved organic carbon, which reacts with the chlorine added to sanitize the water and creates unwanted disinfection byproducts. Some studies have linked one of these byproducts, trihalomethanes, to an increased risk of cancer.

To minimize the number of byproducts in the water, the treatment plant tries to reduce the three things that cause them: organic matter, chlorine and time, Wendling said. If organic matter lingers in unmoving water with too much chlorine for too long, the chance of byproducts increases. So, treatment plant officials are always trying to optimize their filtering process and use just the right amount of chlorine as possible to keep the water sanitized. 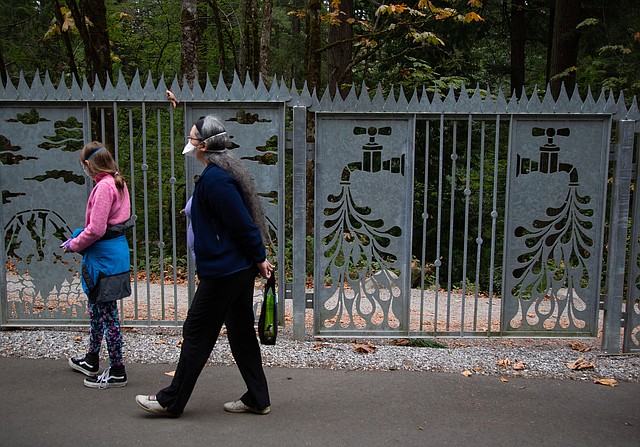 “We’re always out monitoring for worst-case scenarios,” Wendling said. The constant supervision and testing that happens both at the plant and out in the community during distribution keeps the water safe, she said.

Bellingham’s drinking water meets high standards, Wendling said, but as Lake Whatcom, a rain-fed system, and the climate around it continues to change, the water treatment plant may have to adapt.

“It is a rain-fed system, and we don’t expect rains to stop,” Reiter said. “But we do expect more of it to come in shorter amounts of time.”

Lake Whatcom, its watershed, and the drinking water for Bellingham and Whatcom County are not permanent fixtures impervious to threats, some of them presented by the very community that depends on it. For Kardouni, that makes it worthy of protection.

“It’s vitally important, because it's a drinking water source, and it's in the best interests of everyone to protect it,” he said.

The City of Bellingham held a public tour of the water treatment plant as one of the events marking Water Week on Sept. 14. Interested citizens or community groups can request tours of the treatment plant for groups of six or more. Children must be older than 8 to attend and tours include stairs and walking. Request tours through nreducation@cob.org.