Ultra-high-speed rail: coming to a train stop near you? 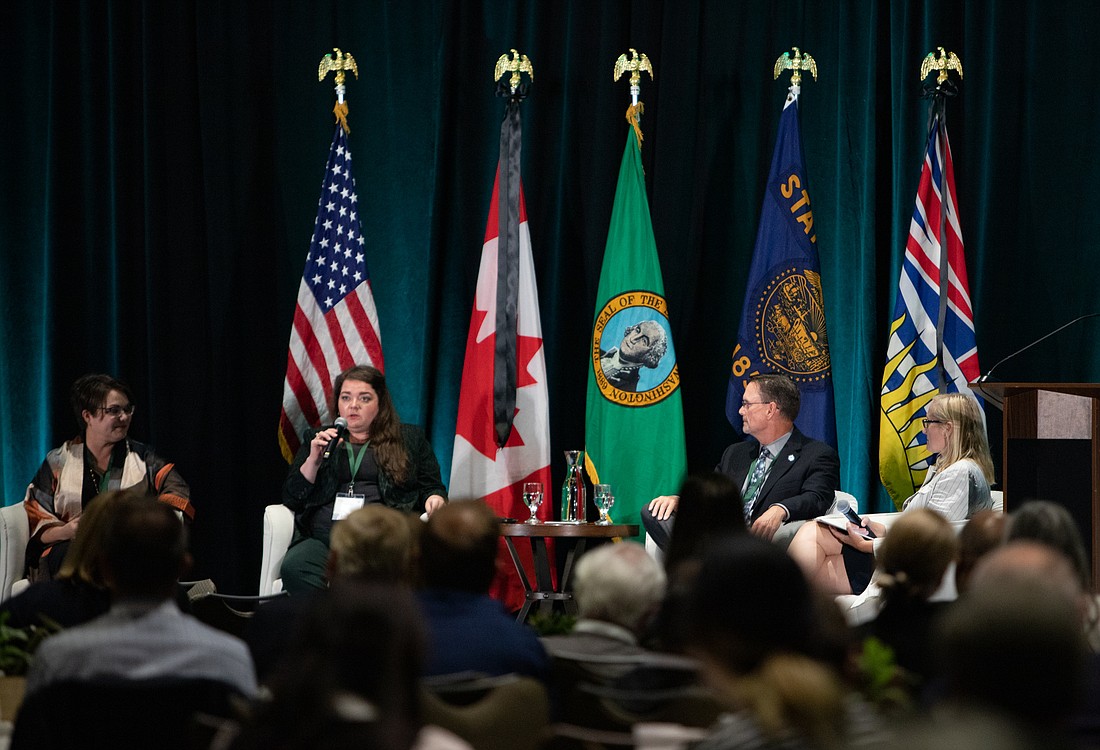 Ultra-high-speed rail is inching closer to becoming reality in the Cascadia region as local leaders push for developments in Skagit and Whatcom counties.

The Washington State Department of Transportation (WSDOT) has been studying options for ultra-high-speed ground transportation for years, but Mount Vernon Mayor Jill Boudreau is enthusiastic about its future in Skagit County.

“The connection of a completely separate rail line that’s envisioned that could connect Portland, Seattle, Vancouver, these larger metropolitan areas, as an economic driver, an alternate to transportation, a cleaner way to travel, is also an economic development tool,” she told the Cascadia Daily News. “Where else would it go besides the three metropolitan areas?”

Boudreau presented on a panel regarding the future of high-speed rail during the Cascadia Innovation Corridor Conference, an annual gathering of tech, business and government leaders to address climate change in the Cascadia region.

WSDOT is in the process of developing new reports and analyses regarding high-speed rail projects, which will be finished around 2023.

Earlier reports, including a 2020 “Cascadia Megaregion” executive report, confirmed “viability and demand” for ultra-high-speed ground transportation. It also detailed economic growth potential in excess of $355 billion, the development of more than 200,000 jobs, and zero-emission transportation options for more rural parts of Washington, including Skagit and Whatcom counties.

Concrete plans for ultra-high-speed rail, including specific train stops along the route, are nonexistent, at this point, Boudreau said, but communities need to look at the “50-year” view.

“I don’t know where stops should be, but I think the conversation should be looking, not just five years into the future, but at 50-year growth on where these stops should be,” she said. “Where are the areas that have room to grow responsibly?”

“People think of Bellingham as a logical place to start because it’s a larger population,” she said. “I’d like to challenge the idea of looking at where stops could be, and should it be looking at the future capacities.”

Part of the need, Boudreau said, is related to affordable housing opportunities. With limited housing options in Seattle and Bellingham, people are moving farther, and commuting longer distances. High-speed rail, she said, would allow better access to higher-paying jobs in environmentally conscious routes.

Several panelists during Monday’s conference spoke about the benefits of high-speed rail in the region, including Mark Riker, the executive secretary for the Washington State Building and Construction Trades Council, and Alex Hudson, the executive director of Transportation Choices Coalition in Seattle.

“Transformative infrastructure projects like this one could help us rebuild our economy in the short term and provide us with a strong competitive advantage in the future,” he said. “Imagine fast, frequent and reliable travel with the potential for zero emissions and the opportunity to better compete in a global economy.”

Communities need to focus on short-term rail and infrastructure projects in the meantime, Boudreau said.

“We have to be able to celebrate these incremental projects that we’re doing today, that then inform those mega projects,” she said. “Before we leap into this new ultra-high-speed rail ground transportation.”

Projects like the Mount Vernon Library Commons, breaking ground this month, are major infrastructure goals designed to support the community.