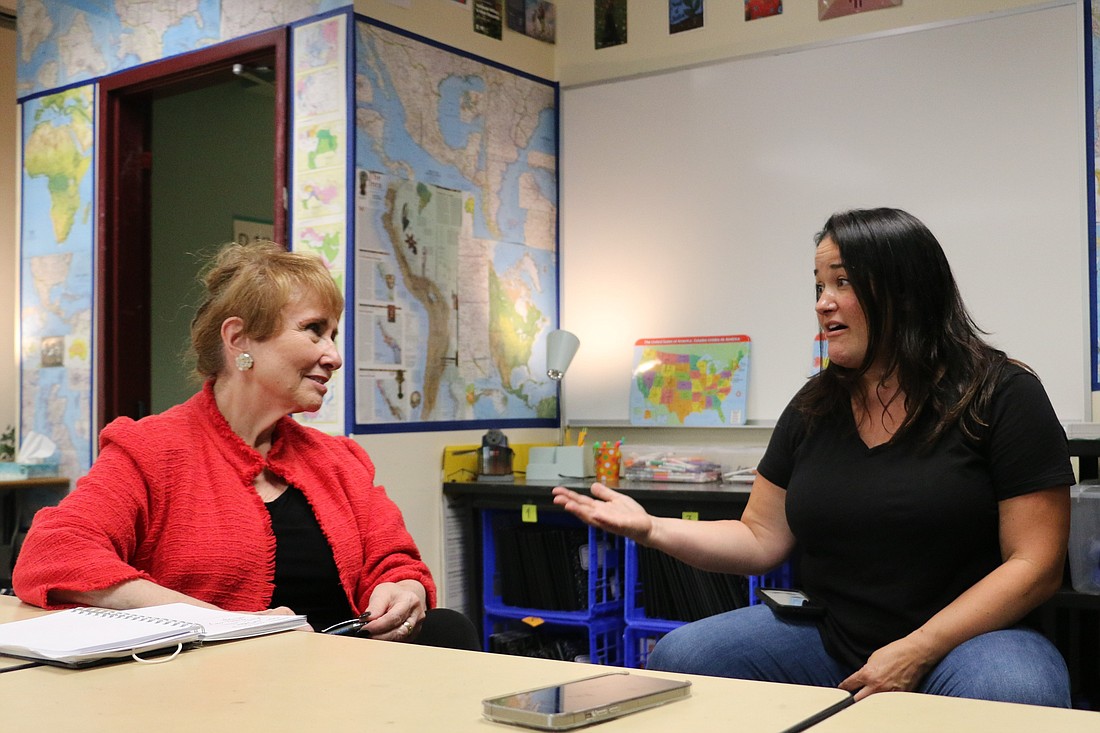 MOUNT VERNON — A state senator with a key role in K-12 education visited LaVenture Middle School Monday to hear from teachers about how the state might help schools emerge from the COVID-19 pandemic.

One upcoming priority for the state Legislature, Sen. Lisa Wellman said, will be to figure out how quality new hires and programs funded with COVID-19 relief money might continue after those federal funds run out.

Mount Vernon School District received $16.6 million in Elementary and Secondary School Emergency Relief funds. The district spent some of that money on additional counselors, who are needed to address rising levels of anxiety induced by social isolation during the pandemic.

“That's one of the reasons that I'm having these discussions,” Wellman said. “There are some very innovative programs that have been created out in the field, that you don't necessarily get to hear about unless you go out and talk to people.”

Wellman travels the state every year between legislative sessions to hear from those directly affected by the state’s education policy. As chair of the Senate Early Learning & K-12 Education Committee and a member of the Ways & Means Committee that shapes the budget, Wellman has a hand in every bill involving schools and their funding.

If the state is going to pick up where the federal government left off with funding mental health supports at schools, the Legislature will need to decide whether to raise taxes or dip into the state’s currently healthy reserves. Wellman said it’s too soon to say whether existing revenues are strong enough to support this extra spending.

She did commit, however, to advocating for education in the budget committee.

“I’m glad to sit on Ways & Means,” Wellman said. “I want to make sure that education is represented at the time when we're making those decisions.”

The shock to the school system brought on by the pandemic has momentarily diminished the senator’s concerns about economic and racial disparities in standardized testing.

At LaVenture Middle School, two-thirds of the students are Hispanic and three-fourths are low-income, according to the state Office of Superintendent of Public Instruction. OSPI test score figures show 29% of LaVenture students meeting the standard in English language arts and 26% in math, compared to 51% and 38% statewide.

“Over the last several years, things have been so disruptive that we hardly know what we're looking at right now,” Wellman said. “I do know that ... those kids who are on target will bring their grade levels back up very quickly. Those that were two or three years behind to start with, with COVID, are really going to require a lot of one-on-one mentoring and support.”

“It’s sucking the joy out of it,” Stewart said. “Autonomy needs to be given back to the professionals who are in the classroom.”

Wellman told Stewart she sympathized but said she couldn’t do much about that as a state lawmaker.

“As far as the high-stakes testing is concerned, that's mandated by the federal government,” Wellman said.

Stewart told Wellman the state needs to provide more hands-on learning in the middle grades, something she said Mount Vernon does well in the high school.

“We have a beginning art class [at LaVenture],” Stewart said. “And we have wonderful music classes. But I would love to see a push in state funding for making sure that those hands-on, life-skill classes are brought back down into the middle level. These kids do not have the cooking and the wood and the metal.

“Seeing these things going away over the last 20 years, but also seeing the increase in anxiety and all, I mean, they can't be unrelated,” Stewart added. “They are related.”