Bellingham parking has been 'free' — but not for long

New enforcement officers go on the job Friday after hiatus 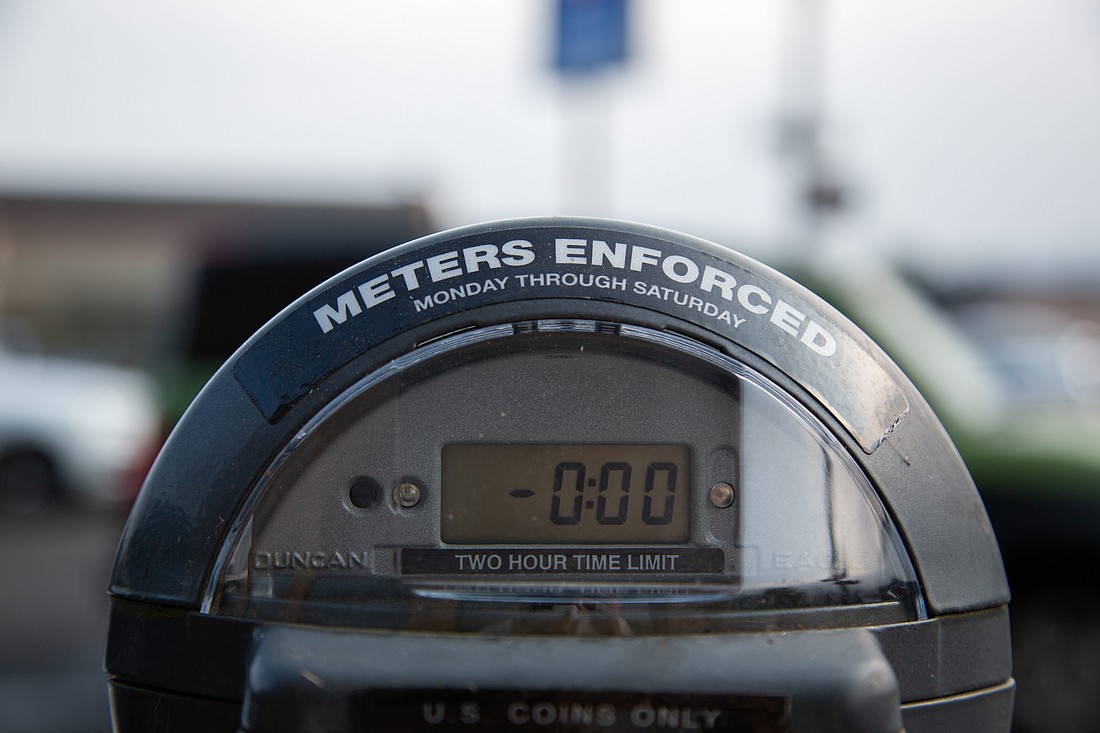 Downtown workers say they have been getting away with parking downtown for free, but city officials say new enforcement officers will begin work on Sept. 16. (Hailey Hoffman/Cascadia Daily News)
By RALPH SCHWARTZ
Staff Reporter

For residents and workers in downtown Bellingham, it might be the city’s worst-kept secret: Parking enforcement is lax — and that’s putting it mildly.

People who park downtown who were interviewed for this story didn’t want to be identified, fearing the city would target their cars or businesses for failing to pay at metered spaces. But they all had the same message: People may as well park for free in downtown’s paid parking areas because they won’t get a ticket.

“Hypothetically, if I was driving downtown, I would not be paying to park,” one office worker said, choosing her words carefully. “I have heard lots of people say, since there’s no enforcement, ‘Why bother?’”

“Nobody I know is actually paying,” said a downtown bartender, adding that even if he were to get a ticket he would still come out ahead, considering how much free parking he’s snagged over the past several months. This would still be true even though the cost of a ticket doubled earlier this year, from $15 to $30.

Anecdotally, people who visit Fairhaven also said they have gotten away with parking for free in that neighborhood, after the city instituted paid parking there on May 1. That same day, parking fees in downtown Bellingham increased from 75 cents to $1 per hour. Also, Saturday became a paid-parking day in May, and paid-parking hours were changed to 11 a.m. to 6 p.m.

The new rules and rates have been irrelevant for those who picked up on the fact that the city wasn’t writing tickets. Public Works Director Eric Johnston admitted Bellingham has had no full-time parking enforcement officers since June.

“Staffing shortages are affecting nearly every sector of the economy,” Johnston said in an email. “The city is not immune to those challenges.”

Even so, Johnston insisted people have been feeding the meter or using the “pay by phone” app.

“The vast majority of vehicle drivers follow the rules today,” Johnston said in the email. In a follow-up phone interview, he explained how city officials know this: “We’re seeing an increase in revenue coming from (meters and pay stations),” Johnston said. “We’ve continued to see those revenues increasing.”

The unknown number of scofflaws downtown and in Fairhaven likely won’t get away with parking for free much longer. Johnston and Deputy Police Chief Don Almer both said on Sept. 9 that two parking enforcement officers will be on the job starting Friday, Sept. 16.

Johnston rejected the idea that the city would warn people in advance that they better start paying to park if they didn’t want to find a ticket on their windshields.

Despite Johnston's tight-lipped approach, Deputy Chief Almer indicated in an email that the Police Department would keep the public in the loop about the role the new enforcement officers will play.

“They have approximately one month or so of training,” Almer said in his email, suggesting enforcement might not begin in earnest until October. “We will put out more pertinent information in the coming weeks.”

Over the summer, the city signaled it wasn’t abandoning parking enforcement. Bellingham’s official Instagram account posted a photograph in July of a worker installing a new meter that can accept a credit card swipe, in case drivers don’t have coins handy and don’t use the PayByPhone app.

In fact, city officials are giving every indication that parking enforcement will be in full effect by 2023. The Public Works Department plans to conduct a study next year, to learn when and where spaces fill up and how quickly they turn over. The city may change the parking rules again, based on the results of that study. Johnston said robust enforcement is needed to make sure the study results aren’t skewed by freeloaders.

As the fee increase gets closer, expect to hear a message from city officials that might go something like this: Pay the meter, or pay the penalty.